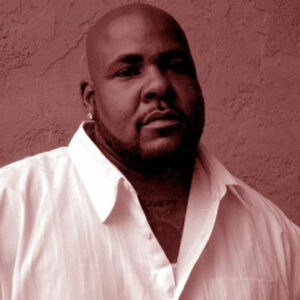 Pooh-Man, also known as Lawrence Lee Thomas, is a well-known rapper in the American underground rap scene. He started writing songs to feel better about himself after having a difficult past and released his debut album, “Life of a Criminal,” in 1990. His songs had lyrics that were mostly about love, sex, and murder and were heavily influenced by gangsta rap themes. His music did not receive favorable reviews and remained divisive due to its overt use of sexual terms. But the kids adored it. 1992 saw the release of his subsequent album, which charted yet another success for the budding rapper. The album, Funky As I Wanna Be, was released by “Jive Records” and reached the top of many charts. After a few more albums were released, he was detained and charged with robbery of a bank. He was sentenced to serve 80 months in prison after being found guilty. He wrote over three thousand songs while he was incarcerated. As soon as he was let out of prison, he started up again.

Pooh-Man was born on January 25, 1971, and spent his early years in a black community in Oakland, California. His neighborhood was overrun with criminals, and Pooh himself had committed a few small crimes.
He began rapping freestyle when he entered his adolescent years, following the gangsta rap movement’s rising fervor. He quickly became to fame in his community for his rapping abilities.

He made the decision to pursue music seriously at the age of 15, and he soon began collaborating with his cousin on some serious compositions. They went to Geno Blacknell’s recording studio and began making music there. He soon released the EP “Out to the Bitches.”

The EP, which Pooh and his cousin peddled on the streets, quickly gained popularity as a party song. The young artists felt more confident as a result, and they made the decision that they needed to set higher goals for their musical careers.

Pooh was getting drawn into unlawful activities, thus he had trysts with the cops all the time. He enjoyed reading poetry in school, and as he grew older, his urge to compose poetry grew stronger. He quickly made the decision to stop all criminal activity and concentrate solely on music-making.

With a little assistance from his cousin Blue and a nearby recording studio that they could use for free, he had already begun creating his own music by the time he graduated from high school. 1990 saw the completion of Pooh’s first rap album, “Life of a Criminal,” and its subsequent release by Jive Records. His songs were poetic and slightly autobiographical in tone, and they discussed his upbringing in Oakland.

The album stuck to every characteristic that made gangsta rap infamous and included extremely explicit lyrics. He frequently emphasized sex, murder, and money in his lyrics. Despite garnering unfavorable reviews from reviewers, the album was a commercial success and made Pooh famous.

As a result one of his songs, titled “Sex, Money, and Murder,” is included in the movie “Juice,” his popularity expanded beyond late-night gatherings and the club scene.

His second album, “Funky as I Wanna Be,” was released in 1992 and was likewise distributed by “Jive Records.” It was also his only record to reach the charts. It outperformed the first album in terms of sales and had rising talent like Too Short, MC Breed, and Ant Banks. Despite the backlash over the album’s risqué cover, Pooh persisted with it and found resounding success.

A new record label called “Scarface” issued his third album, “Judgement Day,” in 1993. Pooh realized he would need to make some modifications to his music because the times were changing quickly and he was up against a lot of competition from up-and-coming musicians after it achieved only modest popularity.

Before he became embroiled with the police in a bank robbery case in February 2000, he recorded two more albums. After his guilt was established, he received an 80-month prison term. He had already finished another album by that point, named “Fukin’ Wit Dank 2001.” The album was released just before he was arrested.

He wrote poetry while incarcerated. He asserted that he had written more than three thousand songs while incarcerated after being freed from prison in 2014. He was warmly received by several artists and his followers, who had been impatiently waiting for him despite his dubious past.

He emerged from the room altered, and he immediately turned his attention to writing music. He was familiar with the music scene, which had undergone a significant shift since he had previously worked there. He launched his own record label, “Infinite Kaos Productions Inc.,” with his wife two months after being let out of prison.

He put out his brand-new album, “Kaos Theory,” via his label in 2014. His first legitimate full-length record following his release from prison was this one. His former partner Ant Banks produced a handful of the tracks on the album. The album had a mediocre level of success.

Since then, Pooh has expanded his record label by employing additional musicians. He is also working on his upcoming album.

Pooh-Man is infamous for having problems controlling his rage. When his debut record was going to be released, he had seen his close relative Bruce murdered. Pooh was greatly impacted by this. According to reports, he claimed in an interview that after seeing the murder, he had lost his senses and wanted to exact retribution, but his close friends restrained him. He added that he had made the decision to produce more music in order to deal with the loss of his cousin.

After his release from prison, Pooh began dating Rena Thomas, whom he later married in 2013.

Pooh-Man is one of the wealthiest and most well-known rappers. Pooh-net Man’s worth is roughly $1.5 million, according to our analysis of data from sources like Wikipedia, Forbes, and Business Insider.