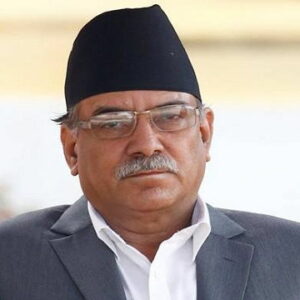 Prachanda, or Pushpa Kamal Dahal, is a notable Nepalese politician. He is the current chairman of Nepal’s Unified Communist Party (Maoist) (UCPNM). He conducted a guerilla fight against the government after starting a revolution and winning the support of Nepalese citizens. From 2008 to 2009, he was Nepal’s Prime Minister. On August 3, 2016, he was re-elected Prime Minister of Nepal, succeeding his predecessor K.P. Sharma Oli. Oli had to quit. In February 1996, Prachanda launched a communist insurrection, which resulted in the deaths of over 17,000 Nepalese during the ensuing civil war. However, the movement was successful in forcing democratic elections in Nepal in 2008, with the CPN (M) emerging as the most powerful party. Prachanda, on the other hand, resigned as Prime Minister on May 4, 2009, after President Ram Baran Yadav blocked his attempt to fire Nepal’s army head, General Rookmangud Katawal.

Prachanda was born on December 11, 1954, in a small village in Nepal’s Kaski region, about 143 kilometers from Kathmandu, the country’s capital. He was born into a poor farming family.
When he was 11 years old, his family relocated to Chitwan, where he spent the majority of his childhood.
Prachanda earned a diploma in Agricultural Science from the Institute of Agriculture and Animal Science (IAAS) in Rampur, Chitwan, in 1975. After that, he worked at a Jajarkot-based rural development initiative.
The poverty he had experienced throughout his childhood was one of the factors that pulled him to socialist politics.

In the year 1980, his political career took off. He was the leader of the National Free Students’ Union (Revolutionary) Party in Nepal. This union was linked to Nepal’s hardline Communist Party (Masal).
In 1981, he became a member of Nepal’s underground Communist Party (Fourth Convention).
Prachanda was elected general secretary of the Communist Party of Nepal in 1989. (Mashal). This party was renamed the Communist Party of Nepal (Maoist) in March 1995, after many splits and conflicts. To indicate their support for the concept, Prachanda picked the label Maoist.
After his public appearance in June 2006, Prachanda became well-known. This was the period when he stepped forward to work with Prime Minister Girija Prasad Koirala and other opposition leaders to form a new government for the country.
In November 2006, Prachanda also signed the Comprehensive Peace Agreement. During this time, the CPN(M) was attempting to install Prachanda as the new government’s leader.
Prachanda was elected Prime Minister in August 2008 when the CPN (M) emerged as the most powerful party in the 2008 elections, but he resigned on 4 May 2009.
After his predecessor, K.P. Oli, resigned, Prachanda was elected Prime Minister of Nepal on August 3, 2016.

One of Prachanda’s most significant victories was gaining 220 seats in a 601-member constituent assembly election on April 10, 2008. As a result, the CPN(M) became the single largest political party. The new assembly voted to make Nepal a democratic republic in May 2008, and Prachanda was elected as the new Prime Minister on August 15, 2008. On August 18, 2008, he was sworn in.

Prachanda stayed primarily underground after Nepal gained democracy in 1990, directing the Communist Party of Nepal’s clandestine section (Maoist).
Anirban Roy’s book, Prachanda: Ek Agyat Bidrohi, chronicles his 25-year underground existence. Anirban Roy is a former Hindustan Times Nepal correspondent.
Prachanda remained underground throughout Nepal’s ten-year insurgency. The first eight years of his life were spent in India.
For the time that Prachanda was underground, Baburam Bhattarai was the CPN(Mpublic )’s face. However, their relationship deteriorated in 2004 and 2005 as a result of a conflict over power distribution within the party.
Mohan Baidya (Kiran), one of his political gurus and a close comrade during the 10-year civil war, had a falling out with him over the party’s future course of action. Kiran desired a new civil war, but Prachanda and Baburai Bhattarai argued that the party should maintain the current parliamentary system and remain committed to Peace and the Constitution.