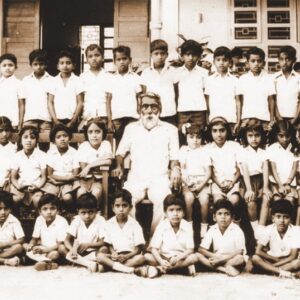 Prafulla Chandra Ray, known as the “Father of Indian Pharmaceuticals,” was a distinguished Indian scientist. His work on metal nitrites and hyponitrites, particularly mercury, garnered him international acclaim. He was born into a well-to-do family and acquired his education at some of the country’s best schools. He had to stop studying for a spell due to an illness when he was younger, but he made the best of it and developed a passion for books. He received his higher education at the ‘University of Edinburgh,’ where he stayed for a year to undertake additional research. When Ray returned to his motherland, he began his studies at the Presidency College, where he discovered the chemical mercurous nitrite. The pioneering chemist established the ‘Bengal Chemicals and Pharmaceuticals Works Ltd.’ chemical manufacturing enterprise. He led a wise life, spending the most of his time helping the underprivileged and contributing to scientific progress. For the majority of his life, he was involved with the ‘Sadharan Brahmo Samaj,’ and was even elected President of the division. Many institutions, including the ‘Acharya Prafulla Chandra College’, ‘Prafulla Chandra College’ in Calcutta, and the ‘Bagerhat P.C College’ in Bangladesh, have been named after him. Continue reading to learn more about his life and work.

Prafulla Chandra Ray, the younger of two brothers, was born on August 2, 1861, in Raruli-Katipara village, Bangladesh, to a wealthy landowner Harish Chandra Ray.
He had his early education in a local school founded by his well-to-do family until 1870, when they relocated to Calcutta.

In Calcutta, the two brothers enrolled in the ‘Hare School,’ one of the city’s oldest schools.
Prafulla had illness in 1874, forcing him to drop out of school. He developed a passion for reading during his two years at Raruli-Katipara, and later learned the languages Latin and French.

Ray continued his study at the ‘Vidyasagar College’ after completing his matriculation at the ‘Albert School’ in 1879. He studied physics and chemistry lectures at the ‘Presidency College’ because the institution had no facilities for teaching science subjects.

In 1882, he received the ‘Gilchrist Prize Scholarships,’ and went on to earn a bachelor’s degree in science from Scotland’s ‘Edinburgh University.’ He also studied history, political science, and literature in addition to natural subjects.

Following graduation, he continued his education in Edinburgh and worked on his doctoral dissertation, for which he was awarded a doctorate degree in 1877.

He spent another year working on his thesis, which dealt with isomorphous combinations, before returning to Calcutta in 1888. The following year, he was offered a temporary position at the city’s ‘Presidency College.’

Because India was a British colony at the time, Indians were kept out of high-ranking posts despite their qualifications and merit. Even though he sought to get the authorities’ notice, his cries went unheard.

In 1896, he published the findings of his research on mercury nitrites; he had created the stable compound mercurous nitrite, which encouraged other scientists to investigate metal and amine nitrites.

With a capital of 700 INR, he established the ‘Bengal Chemicals and Pharmaceuticals Works Ltd.’ in 1901. The company has grown through time and now produces alum, medications and pharmaceuticals, as well as home products like naphthalene, floor and toilet cleanser.

He examined various old literature on science during the next few years, and the result was the book ‘A History of Hindu Chemistry from the Earliest Times to the Middle of the Sixteenth Century,’ which was published in 1902. He produced a second edition six years later, after continuing his studies.
In 1916, Ray resigned his work at the Presidency to become a ‘Palit Professor’ at the ‘Rajabazar Science College.’

During his time there, he studied transition-metal compounds such as platinum and iridium, as well as organic sulphides.
By the year 1920, this illustrious scientist had written over 100 scientific papers, many of which were published in the ‘Indian Chemical Society’ journal. In the same year, he presided over the annual meeting of the ‘Indian Science Congress,’ one of the country’s most prestigious scientific organizations.

When the state of Bengal was devastated by huge floods in 1923, he established a relief organization. The ‘Bengal Relief Committee’ raised 2.5 million INR in funds and items, which were delivered to the homeless and destitute.

He wrote his own life story in the book ‘Life and Experience of a Bengali Chemist’ in 1932, as a voracious reader and lover of literature. He published the second edition of his autobiography three years later.

Prafulla Chandra Ray is well known for his work on mercury nitrites, which laid the path for further research into nitrites of other metals and amines. His discovery of a stable mercurous nitrite compound brought him prominence and acclaim in the scientific community.

Prafulla Chandra Ray was awarded the ‘Companion of the Order of the Indian Empire,’ which he received in 1911.
This distinguished chemist received numerous honorary doctorates, including one from Durham University and another from Dhaka University.

Ray never married and dedicated his life to scientific discovery and the upliftment of the disadvantaged. Many scientific institutions received funds and donations from him for research purposes.

His income was given to the ‘Calcutta University’ beginning with his sixtieth anniversary, and was used to expand the ‘Department of Chemistry’ and boost research at the ‘University College of Science.’

This distinguished scientist founded several honors, including the ‘Nagarjuna Prize’ for chemistry and the ‘Ashutosh Mukherjee Award’ for biology.

This prominent Indian scientist passed away in his Calcutta home on June 16, 1944. Ray’s loss was deeply felt by his family, friends, and students, all of whom held him in high regard.

Prafulla is one of the wealthiest chemists and one of the most well-known chemists. Prafulla Chandra Ray has a net worth of $1.5 million.