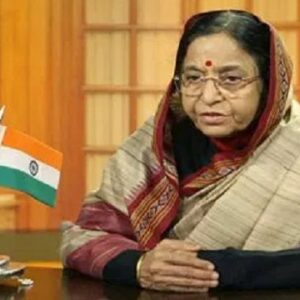 Devisingh, Pratibha Patil, an Indian politician, presided over the Republic of India as its 12th president. She held office from 2007 to 2012; Dr. A. P. J. Abdul Kalam was her predecessor, and Pranab Mukherjee was her successor. Patil, a postgraduate in political science and economics, decided to pursue law school as well and began practicing in her native state of Maharashtra’s Jalgaon District Court. Early in the 1960s was when she made the switch to politics. In 1962, she won the Jalgaon Assembly seat after deciding to join the Indian National Congress (INC) party. She later won four straight elections from the Muktainagar constituency, serving as a minister in the Congress administration and holding a number of ministries. She also held seats in the Rajya and Lok Sabha as a member of parliament. Patil returned to politics after a protracted absence and was chosen to serve as the 24th Governor of Rajasthan. She was not only the first woman to be chosen for that position but also India’s first female president. Although she faced a number of controversies during her time in that position, she was also more active than many of her predecessors. She played a crucial role in resolving the agrarian issue and advancing women’s rights in the nation. She has spent most of her time after retiring working for charities.

Pratibha Patil was born on December 19, 1934, in Nagaon, a tiny village in the Jalgaon district of Maharashtra, India. She is the sister of G. N. Patil and the daughter of Narayan Rao Patil.

She completed her primary education at R. R. Vidyalaya in Jalgaon and later enrolled in the Political Science and Economics program at Mooljee Jetha College, which at the time was a part of Pune University. She attended Government Law College in Mumbai, a school that is connected with the University of Mumbai, after receiving a master’s degree in the subjects, where she earned a bachelor’s degree in law.

At the Jalgaon District Court, Pratibha Patil started her legal career. She also got active in social activity, particularly to help the miserable state of Indian women.
She joined the INC party while she was still a student and entered politics. She would later become one of the Nehru-Gandhi family’s most devoted supporters, giving them unwavering reverence.

She was elected to the Maharashtra Legislative Assembly in 1962 at the age of just 27, representing the Jalgaon constituency. Between 1967 and 1985, she won back-to-back elections for the state assembly from the Muktainagar (previously Edlabad) constituency, continuing her political success.

As the Deputy Minister of Public Health, Patil first joined the INC administration in 1967. She also handled positions for parliamentary affairs, tourism, housing, and prohibition throughout the subsequent five years.

Sharad Pawar left the Congress in 1978 and joined the Janta Dal to form the Progressive Democratic Font administration. From July 1979 until February 1980, Patil actively led the opposition.

As a Rajya Sabha member, she entered national politics for the first time. She was chosen to spend a full term in the Indian Parliament’s Upper House from 1985 to 1990. She served as the Business Advisory Committee and Committee of Privileges chairs, as well as the deputy chairman of the Rajya Sabha from 1986 to 1988.

She ran for and won the Amravati Lok Sabha seat in the 1991 general elections, and a year later she was appointed Chairperson of the Lok Sabha House Committee.

In addition to holding these prominent positions, she also served as the director of the National Federation of Urban Co-operative Banks and Credit Societies, the president of the Maharashtra Pradesh Congress Committee, and a member of the Governing Council of the National Co-operative Union of India.

In the late 1990s, she imposed on herself a political retirement. Therefore, many people were taken aback by her selection as Rajasthan’s 24th governor. BJP member Vasundhara Raje served as her successor as chief minister. Patil did not complete her tenure as governor, however, as she was announced as the United Progressive Alliance’s (UPA) candidate for the 2007 Indian presidential election on June 14, 2007.

Election of the president and tenure

Although Pratibha Patil was not the first candidate put up by Congress, the left-leaning parties of the UPA did not support the former Home Minister Shivraj Patil and Karan Singh. Despite Patil’s declaration that she was unwilling to serve as a “rubber-stamp president,” Sonia Gandhi, the head of the Congress, personally selected her.

In the weeks before the election, Patil was involved in a number of issues, including claims that she shielded her brother and husband from scrutiny in the cases of the unrelated deaths of English professor Vishram Patil and teacher Kisan Dhage. Some of her detractors noted that she lacked the required charisma, expertise, and ability. Additionally, they determined that she was unqualified for the position due to her protracted absence from politics and her supernatural views.

Bhairon Singh Shekhawat, a BJP veteran, and current vice president was chosen by the National Democratic Alliance (NDA) to oppose her. She received two-thirds of the vote in the election held on July 19, 2007, and on July 25 she took the oath of office as president of the Republic of India. During her time in office, Dr. Manmohan Singh served as the prime minister.

After the election, Patil sparked even more debates. She is notorious for taking more vacations abroad than any other president and for reportedly using public money to pay for the construction of her retirement residence. Additionally, after her retirement on July 25, 2012, she was forced to give back the gifts she had received from her job and brought home.

She did, however, fully utilize the minimal authority given to her post by the Indian constitution. She quietly used the authority of her position to draw attention to the agrarian crisis that was ravaging the Indian countryside, commuted a record 35 petitioners’ death sentences to life in prison, and offered her complete and unwavering support in the effort to outlaw heinous behaviors like child marriage, addiction, and the social repression of women.

Pratibha Patil has made a number of investments in the education industry over the years. She founded the educational institution Vidya Bharati Shikshan Prasarak Mandal, which has a network of schools and colleges in Amravati, Jalgaon, Pune, and Mumbai as well as an engineering college in Jalgaon for students from the rural areas.

She also contributed to the establishment of the Shram Sadhana Trust, which is in charge of several working women’s hostels in New Delhi, the Sant Muktabai Sahakari Sakhar Karkhana, a cooperative sugar factory in Muktainagar, and the Pratibha Mahila Sahakari Bank, a cooperative bank whose license was revoked by the Reserve Bank of India in February 2003.

At the 2010 Glamour Women of the Year Awards, Pratibha Patil won The Chosen One’s Award.

Pratibha Patil wed Dr. Devisingh Ransingh Shekhawat on July 7, 1965. He was a chemistry lecturer at the time. He was the Amravati Municipal Corporation’s first mayor and a skilled social worker and educator. Shekhawat was elected to the Maharashtra Legislative Assembly for the Amravati constituency in 1985 and has spent the majority of his life as a member of the INC party.

Daughter Jyoti Rathore and son Raosaheb Shekhawat (born Rajendra Singh Shekhawat), who has followed in his parents’ political career, are their two offspring.

Pratibha is one of the wealthiest and most well-liked politicians. Pratibha Patil’s net worth is roughly $1.5 million, according to our analysis of data from sources like Wikipedia, Forbes, and Business Insider.