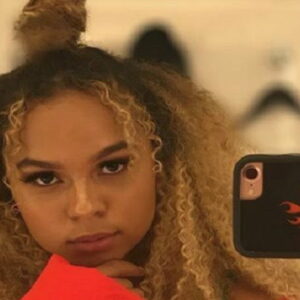 American singer and actor Rachel Crow. After taking part in “The X Factor” in America, she became well-known across the country. She ended up being one of the most well-liked contestants on the show even though she did not end up winning. After being fired from the program near the conclusion, she contacted Nickelodeon, who had previously shown an interest in working with her. She soon signed a contract with Nickelodeon and appeared in several movies and TV shows, paving the way for her to become a well-known teen icon. Rachel announced in 2012 that she had secured a record deal with Columbia Records, and in June of the same year, she made her debut EP available. Critics lauded her singing abilities and predicted that she would take over the business. She has been on television in the shows “Big Time Rush” and “Fred: The Show.” She was chosen to play one of the series’ main characters in “Home: Adventures with Tip and Oh” in 2016. She appeared in the movies “Invisible Sister” and “Deidra and Laney Rob a Train,” among others.

On January 23, 1998, Rachel Crow was born to Kelly and Barbara in Colorado, United States. At the tender age of 3, Rachel became interested in music. She was allegedly adopted by Kelly and Barbara, according to rumors. Such rumors have not, however, been confirmed.

Her parents claim that she began singing shortly after using her first words. She became progressively fascinated by the typical Hollywood lifestyle as a result of her early interest. Although singing was always her primary desire for a career, she also focused on her acting skills and participated in numerous plays while still in elementary school.
At the age of six, she began performing live, and by the time she was seven, she had developed a tremendous amount of self-confidence.

She did appear in front of the camera for the shows “In from the Night” and “Three Wise Guys,” despite the fact that she was largely turned down during auditions. She made a brief appearance in the 2010 television film “Pizza & Karaoke”

Her biggest professional break came in 2011, the year when the American edition of “The X Factor” began on television. The judges and the crowd both praised her performance of the song “Mercy” during her audition. She was anticipated to win the competition due to her early effect on the judges.

She did a wonderful job in the beginning. But near the end of the competition, she gave in to pressure and was eliminated. She came in fifth place overall.

Since Rachel was already a national celebrity thanks to her mesmerizing performances and mysterious film presence, the loss did not affect her all that much.

She declared that she had signed with “Columbia Records” and would soon be releasing her debut EP, which would include five songs, not long after being fired from the show. One of the tracks on the CD was also co-written by her.
She also disclosed that she had a contract with the children’s television network Nickelodeon. In addition, she performed with the band “Big Time Rush” on their 2012 “Summer Tour” and appeared in the television program “Fred: The Show.”

The album was almost finished when Rachel stated in June 2012 that it would be released before the end of the month on her Twitter account. The EP, titled “Rachel Crow,” was published on June 26, 2012, to the delight of her devoted followers.

Five songs made up the EP, which was a huge hit with both audiences and reviewers. Her fans particularly enjoyed the album’s track, “Mean Girls,” which was one of the singles. Rachel contributed to the song’s writing. She utilized other songwriters and music producers for the remaining songs.

Critics reacted angrily to the album’s publication, with many of them describing it as a “inspirational and passionate piece of work.”

She was named “Elvin Duran’s Artist of the Month” for her performance of the track “Dime” on the “Today Show” on “NBC,” which was seen by millions of people.

She is renowned for her acting skills in addition to her singing ability. She had no trouble stepping up to bigger roles because she had already performed in front of the camera before becoming well-known. She portrayed “Winnie” in an episode of “Big Time Rush” in 2012, and she then had a recurrent appearance in “Fred: The Show.”

She later made an appearance in the Netflix movie “Deidra and Laney Rob a Train,” playing the character of “Laney.” The movie received positive reviews and had its world premiere at the “Sundance Film Festival.”

She made an appearance in an episode of the popular comedy series “The Office” in 2013 and had a significant role in the show “Figure It Out.” She now contributes her voice to the character of “Tip” in the animated series “Home: Adventures with Tip and Oh.”

It was revealed around the end of 2017 that Rachel would appear in the ‘Transformers’ spinoff film ‘Bumblebee: The Movie.

Rachel Crow and her younger sister are very close.
Rachel is quite private and dislikes discussing her connections.

Rachel Crow’s net worth is $500,000. Rachel Crow is an American singer, actress, and comedian. In January 1998, Rachel Crow was born in Mead, Colorado. She participated in The X Factor’s first season competition and came in fifth place that year. Crow has made appearances on several television programs, including BrainSurge, Big Time Rush, Inside Edition, Figure It Out, and The Wendy Williams Show. In 2012, she had a recurring role on Fred: The Show, and in 2013, she made an appearance on The Office. Crow performed Carla’s voice in the 2014 motion picture Rio 2. 2012 saw the release of her first studio album under her own name via Syco Music/Columbia Records. The single “Mean Girls” was featured on the album, which peaked at #14 on the US Heatseekers chart. Crow made her public debut at the age of six in a school talent show, having performed since she was 18 months old.