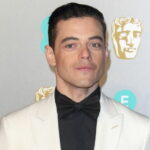 Rami Malek is an American actor best known for his roles in the film trilogy ‘Night at the Museum’ and the television series ‘Mr. Robot.’ He was born in Los Angeles and obtained his Bachelor of Fine Arts degree from the University of Evansville in Indiana. His first major television appearance was in the American sitcom ‘The War at Home.’ In the fantasy comedy film ‘Night at the Museum,’ he made his film debut as Pharaoh Ahkmenrah. In the sequels ‘Night at the Museum: Battle of the Smithsonian’ and ‘Night at the Museum: Secret of the Tomb,’ he reprised his role. He went on to star in ‘The Twilight Saga: Breaking Dawn- Part 2’, the final installment of the acclaimed Twilight Saga film series, after developing a taste for fantasy films. He is also a TV actor who is most recognized for his lead part in the critically acclaimed drama thriller series ‘Mr. Robot.’ He won an Emmy Award for his work in the part of Elliot Alderson, a cybersecurity engineer and hacker, for which he received an Emmy Award for ‘Outstanding Lead Actor in a Drama Series.’ He was recently invited to join the Academy of Motion Picture Arts and Sciences as a member. Malek received multiple prizes for his portrayal of Freddie Mercury in ‘Bohemian Rhapsody,’ including the ‘Academy Award’ for best actor.

Rami Malek was born on May 12, 1981, in Los Angeles, California. His parents were immigrants from Egypt. His father worked as a tour guide in Cairo before going on to work as an insurance agent. His mother is a bookkeeper. Sami, his four-minute younger twin brother, is his twin brother. Yasmine, his older sister, works as a medical doctor.
In Sherman Oaks, California, he attended Notre Dame High School. Kirsten Dunst and Rachel Bilson, both future actresses, attended the same high school. Later, he attended the University of Evansville in Evansville, Indiana, to further his education. He earned a Bachelor of Fine Arts degree in 2003.

Rami Malek got his start in the industry as a guest star on shows including ‘Gilmore Girls,’ ‘Over There,’ and ‘Medium.’ In the American sitcom ‘The War at Home’ (2005–07), he had a pivotal role. It lasted two seasons and had largely mediocre reviews.
In 2006, he made his film debut in the comic fantasy picture ‘Night at the Museum,’ in which he played a supporting role. He portrayed Pharaoh Ahkmenrah in the film’s sequel, ‘Night at the Museum: Battle of the Smithsonian,’ which he reprised in 2009. Both films grossed a lot of money at the box office.
In 2010, he starred in a few episodes of the hit TV show ’24,’ as well as a few episodes of ‘The Pacific.’ In 2011, he appeared in the comedy film ‘Larry Crowne’ as a supporting character. It was a commercial success, but critical reception was divided. After that, he starred in the 2012 sci-fi film ‘Battleship.’ It was a commercial success despite generally mixed reviews.
He appeared in ‘The Twilight Saga: Breaking Dawn- Part 2’ in 2012. The film was a major commercial success, and it was the concluding episode of the Twilight Saga film series. The critical reception was largely mixed. After that, he appeared in the drama film ‘The Master.’ Though it was a financial flop, it received great reviews.
In 2013, Malek had two films released: ‘Ain’t Them Bodies Saints’ and ‘Short Term 12’. He starred in the action thriller ‘Need for Speed’ in 2014. It was based on the same-named video game franchise. It received mixed reviews but was a financial success.
In 2014, he returned to the role of Pharaoh Ahkmenrah in the third episode of the ‘Night at the Museum’ film series, ‘Night at the Museum: Secret of the Tomb.’ The picture was a commercial success, with largely mediocre reviews. He also appeared in the film ‘Da Sweet Blood of Jesus’ that same year.
In 2015, he began starring in the drama thriller television series ‘Mr. Robot.’ He played Elliot Alderson, an engineer and hacker who is recruited by Mr. Robot, an insurgent anarchist, in the film Mr. Robot. Malek’s performance was praised, and he received an Emmy Award for it.
In 2016, he starred in the mystery film ‘Buster’s Mal Heart,’ in which he played the major character. The film received positive reviews from critics. ‘Papillon,’ a 2017 biographical drama film, is his most recent production. The film depicts the jail break of Henri Charriere, a French inmate.
Malek received multiple prizes for his portrayal of musician Freddie Mercury in the 2018 film ‘Bohemian Rhapsody,’ including the ‘Academy Award’ for best actor. In 2019, his film ‘The Voyage of Doctor Dolittle’ will be released.

‘The Master,’ a drama film starring Rami Malek, is one of his most important achievements. Paul Thomas Anderson directed the film. Joaquin Phoenix, Philip Seymour Hoffman, and Amy Adams also star in the film. The picture was a financial disaster, grossing less than $30 million on a $32 million budget. Critics loved the film, and it was nominated for three Academy Awards. It was also included in various ‘Top 10’ film lists.
Malek is most recognized for his performance as Mr. Robot, a drama thriller series. He plays Elliot Alderson, a cybersecurity engineer and hacker who is recruited to join a hacktivist gang by Mr. Robot, an insurgent anarchist.
‘Mr. Robot,’ which has been on the air since 2015 for three seasons, has received critical acclaim. It has been nominated for a ‘Golden Globe Award’ for Best Television Drama Series. Malek was nominated for an Emmy for ‘Outstanding Lead Actor in a Drama Series.’

Rami Malek dated Portia Doubleday, who co-starred in ‘Mr. Robot’ with him. He’s also been linked to Lucy Boyton, an actress he met while filming ‘Bohemian Rhapsody.’