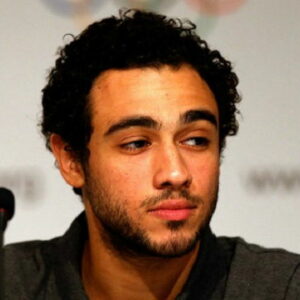 Ramy Ashour is an Egyptian professional squash player who has been playing the sport since he was very young. He is also known as “The Artist.” Their father encouraged both him and his brother, Hisham Mohamed Ashour, to play squash. Now, both brothers play for a living, and they often go to tournaments together. Ramy won his first tournament when he was 16 years old. It was the Men’s World Junior Squash Championship. He is known as one of the best squash players in the world in terms of technical skill. At the height of his career, he won 49 times in a row, which is an amazing streak. At age 22, he was the youngest player since the 1980s to reach the top spot in the world rankings. He doesn’t have a coach or personal trainer. Instead, he chooses to handle things on his own. He is known to go to all of his tournaments by himself. Most of his success has come from training alone every day. During practice, music is what drives him the most.

Ramy Ashour was born in Cairo, Egypt, on September 30, 1987. Since both of his parents worked for Egypt Air, he spent a lot of his childhood traveling and being away from them.

His father encouraged him to start playing squash when he was only six years old. Even though he used to swim and ride horses a lot, he found that he was right at home on the squash court, and it quickly became his favorite thing to do.
Both Ramy and Hisham Mohamed Ashour, Ramy’s younger brother, went on to play squash professionally.

During the team event at the 2006 World Junior Squash Championship, he helped Egypt win. In the finals of the team event, Egypt beat Pakistan 2-1. This was the first and only time a team won both the team event and the top three spots in the players’ event.

In January 2007, at the Canadian Squash Classic, he beat David Palmer in just 32 minutes to win his first big professional title. Later that same year, in the Kuwait Open, he beat Amr Shabana and won again.
In 2009, he won both the Saudi International and the PSA Masters. In January 2010, he became World No. 1. At age 22, he was the youngest player in the last 26 years to reach this milestone.

In 2012, he was the first player since Jansher Khan to reach the final of every tournament he entered. He won the Australian Open, Hong Kong Open, US Open, and Qatar PSA World Championship.
At the 2013 J.P. Morgan Tournament of Champions, he beat Gregory Gaultier even though he was hurting his hamstring. This was an unexpected comeback.

He had an amazing streak of 49 wins in a row in 2013, but Nick Matthew beat him at the 2013 World Championship to end his streak.

Ramy Ashour had to stay off the court for six months because of injuries, but when he came back for the 2014 Qatar PSA World Championship, he surprised everyone by getting better and winning his third World Championship.

At the age of 22, Ramy Ashour became the World’s No. 1 player. He was the youngest player to do this in almost 30 years.

Ramy Ashour loves music, and it gives him ideas for everything in his life. He often works on his game while listening to his favorite songs. In interviews, he has said that moving to the beat of the music has helped him find many new shots. He has even said that he would like to record his own music, but he doesn’t plan to do it as a career.

He likes to learn about and experience other cultures, and one of his favorite things to do is to travel all over the world.

He doesn’t have a coach, a full-time manager, or a physiotherapist. Instead, he is very self-motivated and goes to his engagements alone. He also thinks that the quality of his training is more important than how much he does, so he only trains for two to three hours a day.

Ramy Ashour’s estimated net worth is $2 million, and squash is his main source of income. We don’t know enough about Ramy Ashour’s cars or his way of life.

Ramy Ashour loves music so much that he recently sang at the wedding of a childhood friend. He even wrote a new song for the event.