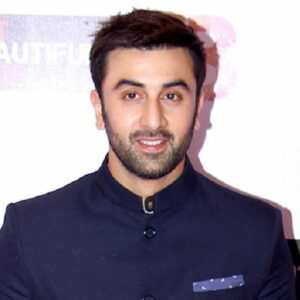 Ranbir Kapoor is an Indian actor and producer who has starred in films like ‘Rockstar’ and ‘Barfi!’ He made his film debut with the tragic romance flick ‘Saawariya,’ the son of prominent Bollywood actors Rishi Kapoor and Neetu Singh. He won a ‘Filmfare Award’ for ‘Best Male Debut’ for the film. The picture, however, did not perform well at the box office. He focused on his career, unfazed by his initial failure. He appeared in other hit films during the next few years, including ‘Rajneeti,’ ‘Rockstar,’ ‘Yeh Jawaani Hain Deewani,’ and ‘Barfi!’ He also appeared in a cameo role in the 2014 thriller ‘PK,’ which went on to become the sixth highest-grossing Indian film of all time globally. Kapoor, unquestionably one of Bollywood’s most popular performers, has received numerous accolades, including six ‘Filmfare Awards.’ He is also noted for his efforts to charitable activities and causes, in addition to acting. He is the vice-captain of the ‘All Stars Football Team,’ a celebrity football club that raises money for charity. He also contributes to environmental organizations. He also assisted in raising donations for the victims of the Nepal earthquake in April 2015, which killed over 9,000 people.

Ranbir Kapoor was born in Mumbai, India, on September 28, 1982. Rishi Kapoor and Neetu Singh, his parents, are well-known Bollywood actors. He is the great grandson of Prithviraj Kapoor, an Indian film pioneer, and Raj Kapoor, a well-known Indian film actor and director.

Kapoor attended Mumbai’s ‘Bombay Scottish School,’ which is located near Mahim. He wasn’t very interested in academics. Because of his parents’ strained marriage, he had a tough upbringing. Growing up, he didn’t have a good relationship with his father.

He served as an assistant director in his father’s directorial debut, ‘Aa ab Laut Chale,’ after clearing his tenth standard exams. His relationship with his father improved throughout this time.
He completed his pre-university studies at the ‘HR School of Commerce and Economics,’ after which he moved to New York to study filmmaking at the ‘School of Visual Arts.’ After returning to India, he worked as an assistant director on the critically acclaimed Indian drama film ‘Black.’

Sanjay Leela Bhansali directed the film ‘Black.’ Working on the film was a difficult experience for Kapoor because he had to work long hours. He then revealed that he worked on the film in the hopes of getting a part in one of Bhansali’s next films.

In 2007, two years after the premiere of ‘Black,’ Ranbir Kapoor starred in Bhansali’s romantic tragedy film ‘Saawariya.’ Despite the film’s failure at the box office, it earned Kapoor the ‘Filmfare Award’ for ‘Best Male Debut.’ He played ‘Raj’ in the film, who falls in love with a woman who is waiting for her lover to return.
The next year, he starred in the love drama ‘Bachna Ae Haseeno,’ directed by Siddharth Anand. The film, in which Kapoor portrayed a womanizer, was a box office hit.

In 2009, he starred in the romantic comedy drama ‘Wake up Sid!,’ directed by Ayan Mukerji. He played the role of a pampered privileged boy who goes through personality changes after moving in with ‘Ayesha,’ an aspiring writer and journalist, in the film. Despite the fact that the film showed a romantic relationship between a younger guy and an older woman, which is uncommon in Bollywood, the film became a smash.
In the same year, he starred in ‘Ajab Prem Ki Ghazab Kahani,’ which went on to become the year’s fourth highest-grossing picture. He also starred in the film ‘Rocket Singh: Salesman of the Year,’ in which he played a young salesman.

Following roles in films such as ‘Raajneeti’ (2010) and ‘Rockstar’ (2011), he starred in ‘Barfi!’ (2012), which became one of the year’s highest-grossing pictures. The plot centred around a Darjeeling-based mute and deaf Nepali kid and his relationships with two ladies. India’s official entry for the ‘Academy Award’ for ‘Best Foreign Language Film’ was the film. It did not, however, receive a nomination.

His performance in the love drama ‘Yeh Jawaani Hai Deewani’ in 2013 was also well-received. The film, directed by Ayan Mukerji, was a commercial triumph, becoming one of the year’s highest-grossing Indian films. Kapoor was nominated for a ‘Filmfare Award’ for ‘Best Actor’ for his performance in the film.

Other films in which he appeared include ‘Roy’ (2015), ‘Ae Dil Hai Mushkil’ (2016), and ‘Jagga Jasoos’ (2017).
In the biographical drama ‘Sanju,’ he played the famous Indian actor Sanjay Dutt. It was directed by Rajkumar Hirani and became the year’s highest-grossing film, earning Kapoor critical acclaim. He was also nominated for a “Filmfare Award” for “Best Actor.”

Ranbir Kapoor starred in the political crime thriller ‘Raajneeti,’ which was released in 2010. Along with Kapoor, the film featured Ajay Devgn, Nana Patekar, Arjun Rampal, Naseeruddin Shah, Katrina Kaif, and Manoj Bajpayee, among others. Despite significant controversy, the picture managed to become one of the highest-grossing films of the year. Kapoor was nominated for a ‘Filmfare Award’ for ‘Best Actor’ for his outstanding performance.

‘Barfi!,’ a 2012 Indian comedy drama, is unquestionably one of Kapoor’s most successful productions. Kapoor plays a cheeky mute and deaf youngster in the film, which tells his narrative. The plot revolves around his relationships with two ladies, played by Priyanka Chopra and Ileana D’Cruz, respectively. The film was a resounding hit. It became one of the year’s highest-grossing Indian pictures, and it was nominated for 13 ‘Filmfare Awards,’ winning seven of them.
One of Kapoor’s most important works is ‘Yeh Jawaani Hai Deewani.’ The story follows a charming and gorgeous guy named Kabir who aspires to travel the world and a nerdy medical student named Naina, played by Deepika Padukone. The movie was a big success. It garnered multiple ‘Filmfare Awards’ in addition to becoming one of the highest-grossing Bollywood films internationally.

‘Sanju,’ a 2018 film, is also one of Kapoor’s greatest. He played Sanjay Dutt in the film. The film recounts Dutt’s life and troubles, which include drug misuse, claimed ties to a terrorist organization, and a prison sentence. It was the year’s highest-grossing picture, and Kapoor won a ‘Filmfare Award’ for ‘Best Actor.’

From 2008 to 2009, Ranbir Kapoor was in a relationship with actress Deepika Padukone. He began dating actress Katrina Kaif in 2009, and the two were together for more than six years. He began dating Alia Bhatt, his co-star from the film ‘Brahmastra,’ in 2018.

Ranbir’s net worth is estimated to be approximately $45 Million.

He was on a street near the ‘World Trade Center’ during the 9/11 attack.
Sanjay Dutt mocked Ranbir Kapoor, who played Bollywood actor Sanjay Dutt in his biopic in 2018, during a party, for not being macho enough; Dutt also claimed that Kapoor was unfit to play him.