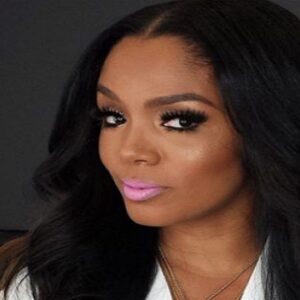 Rasheeda is a well-known American rapper, television personality, fashion designer, and entrepreneur. Rasheeda began her career as a member of the young hip hop band ‘Da Kaperz’ in the late 1990s, after developing an early interest in hip hop and rap. In the year 2000, she departed the group and set sail on her own. She’s been on a roll nonstop since then! With her incredible talent and skills, she has carved out a space for herself in the niche hip hop scene. She has a sizable fan base, both online and off. She had a massive Instagram following of over 5 million people as of April 2017! This great song gives her the confidence to succeed in a variety of disciplines other than rapping. She is the proud owner of her own make-up line and store, both of which are thriving.

Rasheeda began her profession while she was a teenager, with the help of two pals. They established Da Kaperz, a hip hop group, and got a deal with D-Lo Entertainment. She opted to go solo in the year 2000 and follow her numerous hobbies. Pastor Troy, Thugz Nation, Nelly, and Re-Re all appeared on her album ‘Dirty South,’ which she released in 2001. Rasheeda’s album’s song ‘Do It’ cemented her spot in the Southern hip-hop industry.

In 2002, she published her second album, ‘A Ghetto Dream,’ which helped her gain even more acclaim. Petey Pablo’s track ‘Vibrate’ and Nivea’s ‘You Like It Like That’ made 2004 a memorable year for her. Her third album, ‘GA Peach,’ was published in 2006, and it received a lot of attention for its southern hip-hop roots, sensitive lyrics, and mellow beat. In 2007 and 2009, she released the albums ‘Dat Type of Gurl’ and ‘Certified Hot Chick,’ respectively. She released her sixth album, ‘Boss Chick Music,’ on Google Play in 2012.

She’s also been involved in the production of music for the television show ‘Love & Hip Hop: Atlanta.’ Her performance in the musical is regarded as one of her most significant accomplishments. She also appeared as a guest star in an episode of Fox’s ‘Rosewood.’ Rasheeda, together with Kandi Burruss, formed the R&B/hip hop combo ‘Peach Candy.’ She is also an entrepreneur, having launched her own make-up line, ‘Poiz Cosmetics,’ as well as an apparel website, ‘Imbossy.com.’ Rasheeda has done it all, from being a rapper to a reality star to an entrepreneur.

Rasheeda has carved out an unbelievable niche for herself as a female rapper in a society where rapping is dominated by men. She sticks to her ‘Southern’ hip-hop tunes while giving her lyrics a deeper depth and closeness. In a world when female rappers are nearly unheard of, she definitely stands out.

Rasheeda was born in Atlanta, Georgia on May 25, 1982. Kirk Frost of D-Lo Entertainment married her in 1999, and the couple has two boys, Ky and Karter. Rasheeda maintains tight ties with her relatives, and her uncle assists with child care when Rasheeda is at work.

Rasheeda’s net worth is $600,000. Rasheeda is an American rapper and reality television personality with a net worth of $600,000. Rasheeda Buckner was born in Atlanta, Georgia, and rose to prominence as a member of the hip hop duo Da Kaperz when she was still a teenager. In 2001, she published her debut solo album, “Dirty South,” and began to attract a larger following.