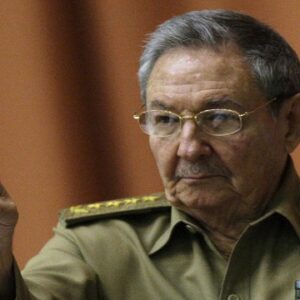 Raul Castro is the current President of Cuba and the younger brother of Fidel Castro, the Cuban revolutionary leader. He spent most of his youth in the shadow of his older brother, and he was always seen as Fidel Castro’s right-hand man. Raul was a key figure in the Cuban Revolution as well as the development of the country’s administration after the revolution. In the 1950s, he assisted his brother in planning and executing the socialist revolution that deposed dictator Batista. He is well known for his military service in Cuba. Since shortly after the Revolution, he has been among Cuba’s highest-ranking military officers. When Fidel Castro became president, it was Raul who ensured that the administration was cleansed of personnel loyal to the former president. Raul held the number two position in the Council of State, the Council of Ministers, and the Communist Party of Cuba from then until Fidel became handicapped due to sickness. He also served as the country’s Defense Minister. He is an astute leader and a humorous individual. Soon after entering office, he embarked on a series of reforms and began building relationships with other countries, particularly the United States. After a half-century of enmity, it was thanks to his efforts that the United States reopened its embassy in Havana.

Raul Modesto Castro Ruz was born in Birán, Cuba, on June 3, 1931. Angel Maria Bautista Castro y Argiz, his father, arrived in Cuba nearly empty-handed from Galicia, Spain, in 1905. He quickly established a large plantation in Birán, owing to his good economic sense. He was also the owner of several additional enterprises.

Lina Rauz González, Raul’s mother, was Angel Castro’s second wife. She was fearless, impulsive, and dedicated to her profession. Initially hired as a cook in the home, she quickly rose through the ranks to become Angel’s mistress and finally his wife. Their first three children were born to them outside of marriage.

Raul was the youngest of his three boys and the fourth of his parents’ seven children. Ramón Eusebio Castro Ruz and Fidel Alejandro Castro Ruz were his older brothers. Angela, Juanita, Emma, and Agustina were among his four sisters.

Raul had five half-siblings from his father’s first marriage to Maria Argota: Pedro Emilio, Maria Lidia, Manuel, Antonia, and Georgina. He also had a half-brother, Martin Castro, who was the result of Angel’s affair with Generosa Mendoza, a farmhand.

Raul, like his brother Fidel, was a dissenter from the start. He received his early schooling at Colegio Dolores, a Jesuit school in Santiago, before moving on to the more famous Belen Jesuit Preparatory School in Havana.
He was expelled from school before he could graduate due to poor behavior. He returned home to work on his father’s ranch after that, where he must have continued to study secretly.

He later enrolled at the University of Havana, where his older brother Fidel Castro was studying law and already involved in student activity. Raul majored in social sciences at this university. He was a mediocre student, and it’s unclear whether he graduated.

Raul became a devoted socialist after joining the Socialist Youth, an associate of the Partido Socialista Popular (PSP, the Cuban Communist Party), at university. Simultaneously, he began participating in violent student activity, following in the footsteps of his brother Fidel Castro, who had gained a following by that time.

In 1952, the Partido Ortodoxo nominated Fidel Castro to run for the House of Representatives from one of Havana’s poorest districts. It was, however, canceled when Heneral Fulgencio Batista seized power in March and declared himself President.

Fidel Castro took the legal route first, filing many lawsuits against the government. He organized an uprising after it failed to achieve its goal, which culminated in the attack on the Moncada Barracks, an army installation in Santiago de Cuba, on July 26, 1953.

Raul, who was only twenty-two years old at the time, was with his brother from the start of the journey. He was part of the group that was deployed to take over the Palace of Justice. The expedition, however, was doomed from the start, and both Castro brothers were apprehended.

Fidel and Raul Castro were condemned to fifteen years in prison in a trial that began on September 21, 1953. Due to public pressure, President Batista gave them amnesty after twenty-two months.

After being released from prison in 1955, the Castro brothers escaped to Mexico, where they joined up with eighty other fugitive leaders to restructure the cause. They wanted to make sure the guerilla force they raised this time was more effective.

They eventually bought a surreptitiously purchased 18 meter (60 foot) long cabin cruiser named Granma. The 82 revolutionaries, including Fidel and Raul Castro, Che Guevara, and Camilo Cienfuegos, boarded the boat from the Mexican port of Tuxpan, Veracru, shortly after midnight on November 25, 1956.

They set off on November 26 at 2 a.m. and arrived on December 2 at Playa Las Coloradas in the municipality of Niquero. Unfortunately, they were identified by the Cuban Air Force during the day. The revolutionaries were decimated in the ensuing conflict.

Only twelve of the 82 men who embarked on the journey survived, including Fidel and Raul Castro, Che Guevara, and Camilo Cienfuegos. They then established a camp in the Sierra Maestra mountains, where they were quickly joined by hundreds more volunteers.
Raul Castro, who was only twenty-five years old at the time, had already proven his leadership talents and dependability. As a result, he was given more and bigger roles to play, and on February 27, 1958, he was promoted to comandante.

Following that, he was sent to lead a column of insurgents over the ancient province of Oriente into the Frank Pas Eastern Front in the northeast of that country. Simultaneously, Fidel Castro directed Operation Verano, which was nearly defeated by Batista’s forces at one point.

Raul’s troops seized 34 Americans and two Canadians on June 26 and 27. Despite the enormous opposition, it was successful in achieving its goals. Fidel Castro’s men were able to reorganize and fly in arms when President Batista called a ceasefire.

By October 1958, the two brothers had a command of roughly 2000 men and were operating freely throughout the province of Oriente. They finally took Santiago de Cuba on January 1, 1959, and Havana on January 8, 1959, after a string of wins.

Raul was named the leader of the armed forces when Fidel Castro took power. Assigned to find former president Batista’s followers, he put up an intelligence operation and detained hundreds of Batista sympathizers, principally police officers and army people.

Following that, Raul and Che Guevara established a court system that, in most cases, did not follow due process. While the bulk of those detained were shot by firing squad, many were let go without charges, and some were sent to exile as military attachés.

Raul Castro began his political career in 1959 as his brother, President Fidel Castro’s, second-in-command. He was number two in the Cuban hierarchy’s three most important institutions: the Council of State, the Council of Ministers, and the Communist Party of Cuba.

He was named Defense Minister when the Ministry of Revolutionary Armed Forces was established in October, a position he held until 2008. The top military officers had always been loyal to him.

At the same time, he remained devoted to the Communist Party of Cuba’s primacy and helped it grow into the country’s most powerful political institution. As a result, he had a huge impact on the political history of his country.
He also developed strong ties with the Soviet Union, which culminated to the CIA-backed Bay of Pigs assault in April 1961. The onslaught was successfully thwarted by his forces.

Raul was appointed Deputy Prime Minister in early 1962, and later that month, he traveled to the Soviet Union to negotiate missiles for his country. He skillfully handled the Cuban Missile Crisis that resulted from this. He quickly rose to become one of the government’s most powerful ministers.

Raul was appointed First Deputy Prime Minister of Cuba in 1972. Despite being an outspoken communist, he quickly became interested in economic improvements. In the middle of the 1980s, for example, he enabled the Cuban military forces to carry out changes in a number of enterprises under their supervision.

When the Soviet Union fell apart in 1991, the experiment came in handy, as did the subsidies they were receiving. Despite the fact that Cuba was initially in a state of economic disaster, it was able to overcome it because to Raul’s prudent reform activities.

Raul Castro was named as Fidel Castro’s successor by the Communist Party of Cuba in October 1997. As a result, when Fidel Castro became ill in 2006, Raul Castro stepped into his shoes.

Raul Castro, as Cuba’s leader, committed to uphold the Communist Party of Cuba’s values while also being open to dialogue with the world community. His government hosted a summit of more than 50 heads of state from the Non-Aligned Movement in Havana in September 2006.

In 2007, he was named acting chairman of the Cuban Communist Party, the Council of State, and the Council of Ministers. He also implemented a number of reforms. One of them was the lifting of salary limitations that had been in effect since 1960.

Fidel Castro resigned as President of the Council of State of Cuba and Commander-in-Chief of the Armed Forces on February 19, 2008. Raul Castro was elected as the country’s new president by the National Assembly on February 24.
Raul Castro reformed his Cabinet on March 2, 2009, replacing some of Fidel Castro’s long-serving aides. In April of the following year, he met with members of the US Congressional Black Caucus, effectively opening a diplomatic route with the US.

Raul Castro was elected by the Communist Party to succeed Fidel Castro in the country’s highest post two years later, on April 19, 2011. In the same year, he established a two-term restriction for the post of President, each lasting five years.

In 2012, he met Pope Benedict XVI, who made his first visit to Cuba, thus creating a new line of communication with the outside world. The Vatican is thought to have later played a key role in mending Cuba’s relations with the United States.

Raul was re-elected by the National Assembly on February 24, 2013. He also stated on the same day that he would stand down in 2017, at the end of his second five-year term, setting a new precedent.
Raul Castro’s outreach to the international community continued. Finally, on December 17, 2014, Cuba and the

United States declared the resumption of diplomatic ties.
Four months later, on April 12, 2015, during the Americas Summit in Panama, Castro met with US President Barack Obama. The Cuban embassy in Washington, D.C. reopened in July, while the American embassy in Havana reopened in August.

Raul Castro, despite all of this, remains a revolutionary at heart. Raul Castro announced Fidel Castro’s death on official television on November 25, 2016, at the age of ninety, closing his statement with a revolutionary slogan: “Towards triumph, always!”

Despite being a devout communist, Raul Castro is recognized with enacting a slew of social, economic, and political reforms that challenged many of the country’s long-standing norms. Lifting limits on commerce and travel for its population, permitting international investment, and privatizing military and government facilities are just a few examples.

Raul Castro married Vilma Espin, a chemical engineer from the Universidad de Oriente in Santiago de Cuba and a graduate of MIT in Cambridge, Massachusetts, on January 26, 1959. Deborah, Mariela, Nilsa, and Alejandro Castro Espn were the couple’s four children.

Vilma was an important figure in the revolution, not only as a messenger for the Castros while they were exiled in Mexico, but also as a source of support for them as they regrouped in the Sierra Maestra highlands.

Vilma Castro acted as First Lady even before Raul Castro became president because Fidel Castro did not have a wife when he became president, and she thus played a vital part in the country’s governance throughout her life. She died on June 18, 2007, after a protracted illness.

Raul Castro is a Cuban politician and revolutionary with a $100 million dollar net worth.