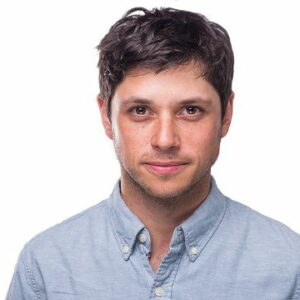 Israeli-American actor and musician Raviv Ullman is most known for his role in the science fiction comedy series ‘Phil of the Future’ Born in Eilat, Israel, he discovered his interest for performing after portraying Peter Pan in a summer camp production. Early on, he also acquired an interest in music and learned to play the trombone. After completing his education, he began acting in theater before transitioning to television and movies. His most significant job to date has been the lead character in the television series “Phil of the Future.” The series was nominated for multiple awards and was a success. Ullman has also starred in various television films, including the biographical drama Growing Up Brady, in which he played a supporting role. Other television films in which he has appeared are Pixel Perfect and Searching for David’s Heart. His films include “The Big Bad Swim” and “The Trouble with California.” Ullman, who is also a musician, has made many music videos.

Raviv Ullman was born in Eilat, Israel on January 24, 1986, to American parents Laura and Brian Ullman. He has two younger brothers and sisters, Tali and Nadav. His family moved to the United States when he was a year old.

After portraying Peter Pan in a summer camp play production, Ullman developed a profound passion for performing. He also learned to play the trombone. He received his diploma from Fairfield Warde High School.

After completing his education, Raviv Ullman began his career as a theatrical performer. His first works are “The King and I,” “Peter Pan,” and “The Music Man.” His performance in “A Rosen by Any Other Name” got him a nomination for the Connecticut Critics’ Award for Best Actor.

In 2000, he made his television debut with a supporting part in the television film Growing Up Brady. In 2002, he appeared in an episode of the popular television series Guiding Light’.

Ullman gained notoriety for portraying Phillip Diffy, the main character of the television series ‘Phil of the Future. The sci-fi comedy sitcom produced by Tim Maile and Douglas Tuber aired for two seasons from 2004 to 2006. It was nominated for multiple honors.

He performed the major part in the 2004 television series Pixel Perfect. The film, directed by Mark A. Z. Dippe, features Ullman as an intellectual youngster attempting to salvage the band of his best friend Samantha. The budget for the picture was $4 million. Other television films in which he has appeared include ‘Searching for David’s Heart’ (2004), ‘Totally Suite New Year’s Eve’ (2005), and ‘That Guy (2004). (2006).

Midway through the 2000s, Raviv Ullman also began to feature in major motion picture roles. He played a minor role in “The Big Bad Swim” and the protagonist in “Driftwood.” The release of both films occurred in 2006.

Under the moniker ‘The Webee Boys,’ Raviv Ullman and his friends created the music video ‘Pointy Hat’ in 2006. It has been viewed over 300,000 times on YouTube since its upload. Additionally, they released the music videos ‘Refrigerator’ and ‘Bop It’

Together with actor Douglas Smith, Ullman established the band Goodbye Ian, which was eventually renamed His Orchestra. In February 2009, they published their debut album, Field Guide to the Wilds.

‘Phil of the Future,’ a sci-fi comedy sitcom that aired from 2004 to 2006 on the Disney Channel, is unquestionably Raviv Ullman’s most significant accomplishment. The story centered on a family from the future whose time machine malfunctions, trapping them in the twenty-first century.

There were also Aly Michalka, Amy Bruckner, Craig Anton, and Lise Simms in the series. It was nominated for numerous accolades, including the Writers Guild of America Award.

Ullman plays a major role in the television series Rita Rocks. James Berg and Stan Zimmerman created it. The series centered on the life of a devoted mother and wife. Nichole Sullivan, Richard Ruccolo, Tisha Campbell Martin, and Ian Gomez also starred. The series was shown between October 2008 and December 2009.

For his performance in the play “A Rosen by Any Other Name,” Raviv Ullman was nominated for Connecticut’s Critics’ Award for Best Actor.

Since 2012, Raviv Ullman has been dating American actress Sarah Steele.

Raviv Ullman is one of the wealthiest and most well-known actors. According to our research, Wikipedia, Forbes, and Business Insider, Raviv Ullman has an estimated net worth of $1.5 million.