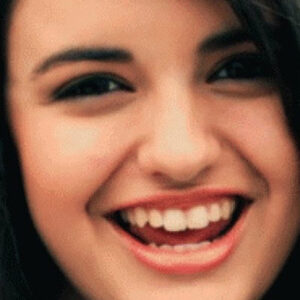 American pop singer and YouTube personality Rebecca Black. She became incredibly well-known thanks to her hit song “Friday.” Her YouTube account has music and other videos that she posts. Over 442,000 copies of her debut song, “Friday,” were sold in the US alone. After two weeks of release, the song reached its highest position on the Billboard Hot 100 chart at Rank #58. She’s thought to be connected to ARK Music Factory. Her involvement in some of the ARK Music Factory controversies has made her a hot topic in the media. The popular video was taken down, but it was uploaded again and has since received almost 240,000,000 views. Since she was young, she has enjoyed singing and dancing. Her mother, in particular, has given her singing career strong encouragement. She is a frequent user of social networking sites, particularly Twitter, where she enjoys using the platform to express herself.

On June 21, 1997, in Irvine, California, Rebecca Renee Black was given the name Rebecca Black. John Jeffery Black and Georgina Marquez Kelly, both of her parents, are veterinarians. She is of Italian, English, Mexican, and Polish ancestry.

Through the sixth grade, she spent her early years in a private school. She transferred to a public school where she actively participated in the musical theater program after leaving a private school because of bullying. She claimed that joining the program made her feel like she was meant to be in musical theater.

Later, though, she stopped attending since she was being homeschooled and because her classmates were constantly making fun of her. She was able to focus more on her career as a result. She failed her English class as a result of her busy schedule, which was another factor.

With the release of her first single, “Friday,” Rebecca’s career began. She worked along with the ARK Song Factory to record the music video. Her mother encouraged her to create the film and gave ARK $4000 to help. After being posted on YouTube, the film received 1000 views in its first month. However, it later became popular and received a ton of views and subscribers.

Later, in early 2011, she was chosen by MTV to host the first-ever online awards program, O Music Awards Fan Army Party. She went on to release a number of other songs, including “My Moment,” “Person of Interest,” “Sing It,” and “In Your Words.”

She was sent to Australia by Telstra in 2012 as their ambassador to advertise their 4G service. In the same year, she also joined Maker Studios YouTube Network.

She and Dave Days released the follow-up to “Friday” before the end of 2013. It was referred to as Saturday. In the Billboard Hot 100 chart, Saturday peaked at position #55. But it didn’t remain there for more than a week.

She posted a lot of covers on her YouTube account after “Saturday.” We Can’t Stop, Wrecking Ball, and Wild were a few of them. In the 2012 documentary “Katy Perry: Part of Me,” she portrayed herself. A 3D autobiographical documentary about Katy Perry was presented here.

She stated that she had been working on an album since the release of “Friday” and that it would be released in 2015. After “Saturday,” she didn’t release an album or even a single. But she made a comeback in 2016 with the release of “The Great Divide,” which was followed by “Foolish” in 2017.

“Friday,” Rebecca’s debut song, is her most well-known composition. In association with ARK Music Factory, this video was made public. Later, there were disputes about the song’s ownership rights. The film was taken down from ARK’s YouTube page after legal arguments between The Blacks and the company over it. Rebecca later posted it on her own channel. In 2015, there were around 240,000,000 views in total.

She released “Saturday” after “Friday,” her lone single to chart on the Billboard Hot 100. It is “Friday’s” follow-up. Even higher on the list, it attained positions.

In an online video titled “Life After Friday,” she bids her parents farewell and informs them that she will not be going to college. Instead, after relocating to Los Angeles, she follows her dreams. A Go90 release was made.

In 2011, Rebecca’s footage from “Which seat can I Take” was nominated by MTV O Music Awards for the Favorite Animated GIF Award. In August 2011, she was given the Teen Choice Award for Favorite Web Star.

She surpassed Lady Gaga and Adele to become the most searched-for person in 2012 according to Google. “Zeitgeist” gave the statistics. Saturday, her second most well-known song, was included in the Billboard Hot 100. It rose as high as number 55.

Her first single, “Friday,” which brought her worldwide stardom, peaked at number 72 on the Billboard Hot 100 chart in its first week. It rose to #58 in the second week. It spent almost six weeks ranking among the top 100. The song reached the top 100 in several nations, including Australia, Canada, Ireland, New Zealand, Scotland, and the United Kingdom.

After Friday’s release, Rebecca received death threats via phone calls and emails. She frequently feels harassed online. She did have Lady Gaga and Simone Cowell’s support, though. She has been dancing since she was a young child and enjoys it.

She doesn’t exaggerate how well she can sing, but she does assert that she is not at all a horrible vocalist. She has confidence in herself and desires to show others that she is stronger than they may initially suppose. She thinks she is valuable and that she will succeed in life.

She finds Selena Gomez and Justin Bieber to be highly inspirational because they have accomplished so much at such a young age, and she aspires to be like them. She lists One Direction as her favorite band and claims to be completely smitten with Josh Hutcherson.

She prefers men who have a bright, expressive smile and charming, cute eyes. She is straight. She has many friends and considers them to be an integral part of her life.

Rebecca Black is a singer and YouTuber from the United States. Her estimated net worth is $500,000. She rose to popularity in 2011 as a result of her highly mocked and derided hit song, “Friday.” Her net worth didn’t come easily because she had to endure a year or two of being considered the laughingstock of America.

Glee’s cover of Friday, which was publicly available, peaked at position #33 on the Billboard chart. She had an appearance in the Last Friday Night music video for Katy Perry’s song alongside Isaac Hanson, Kenny G, Darren Chris, and others (T.G.I.F.).

On “The X Factor,” she performed songs by Clerry Karson with Ryan Seacrest’s assistance. Rebecca’s debut album is reportedly being recorded at Flying Pig Productions in Los Angeles.