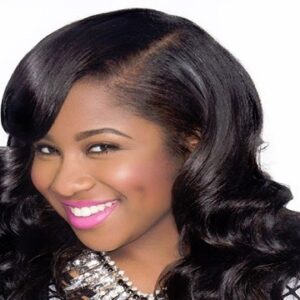 Reginae Carter is a notable American R&B and hip-hop singer. She is the daughter of famous musician Lil Wayne and reality television personality Toya Carter. She had been a member of the OMG (Officially Miss Guided) teen female group for a short time. She appears in the documentary ‘The Carter,’ based on her father’s life, in 2009. Tiny and Toya (2009-10), Toya: A Family Affair (2011), and My Super Sweet 16 are just a few of her mother’s reality TV shows in which she has appeared (2014). She was signed to her father’s record label, Young Money Mini, in February 2013. In November 2013, she debuted her first apparel line, “Reginae Carter Collection.” She relaunched her “Shut Up” clothing collection in February 2015 as part of the ServedFresh anti-bullying campaign. She announced her comeback to reality television in late 2016, as part of the show Growing Up Hip Hop Atlanta, which would broadcast in 2017. Hairfinity has appointed her as a Junior Brand Ambassador.

The Career of Reginae

Reginae Carter, the daughter of renowned parents, was dubbed “Baby Carter” by her parents’ followers when she was a youngster. She demonstrated her musical abilities in the 2009 video documentary ‘The Carter,’ when she is seen singing and rapping at the age of ten.

She began to feature on her mother’s reality television show, ‘Tiny and Toya,’ about the same period. Her musical career began in 2009 when she joined the female group OMG, which was originally known as The OMG Girlz.

Following the publication of their first hit, “Ain’t Nobody,” she left the group to pursue a solo career. At the age of 14, she signed with her father’s record label and released her first music video, “Mind Goin Crazy,” on July 2, 2014.

Reginae Carter has hit the press on several occasions for her outspoken comments, particularly those she makes in favor of her father whenever he is involved in a problem. She has been chastised for getting into fights with prominent members of the music industry, frequently with her father’s peers.

In November 2016, Lil Wayne’s buddy and contemporary rapper T.I. published a long open letter denouncing the former’s comment regarding his alienation from the Black Lives Matter movement, sparking a backlash.

He could have notified her father via a text message, she responded, but instead, he put it online to gain attention.

She was previously vocal on social media in March 2015, when rapper Young Thug, who was inspired by Lil Wayne’s ‘Tha Carter’ series of albums, announced that his upcoming album will be titled Carter 6.

After hip-hop singer Kodak Black launched a series of disparaging comments about her father in an interview, she resorted to social media again in January 2017 to defend him.

Reginae Carter was born in Louisiana, United States, on November 29, 1998. Her father, Dwayne Michael Carter Jr., a.k.a. Lil Wayne, is a well-known rapper, and her mother, Antonia “Toya” Carter, is a rapper and a reality television star.

Her mother was just 14 years old when she became pregnant, and her father was only 15 years old at the time. After achieving popularity, Lil Wayne married Toya in 2004 while still in the early phases of his career. Unfortunately, the couple’s marriage did not last long, and they divorced in 2006.

They stayed friends, however, and raised their children together. In 2011, her mother married Mickey Wright, but they divorced four years later. Her father has had several relationships, and she has three step-siblings on his side, each from a different mother.

After her father was arrested in 2007 for criminal possession of a weapon and marijuana, Reginae spent a lot of time with the children of famed rapper and family friend T.I. Josh and Rudy, her maternal uncles, were found murdered inside a car in New Orleans in July 2016.

She adored her uncles, and the incident left her distraught emotionally for a long time.
Lil Wayne and Toya Wright have been speculated to be reuniting recently. Despite the lack of legal confirmation, the two celebrated Reginae’s 18th birthday together.

Reginae and his lover also dressed up as Toya Wright and Lil Wayne for Halloween that year, implying a reunion. Joshua Brown, with whom she began dating in 2014, is the man she is now dating. She had previously been in a relationship with Jaquez Sloan.

Reginae Carter’s net worth is estimated to be at $4 million. She was able to earn this much money by singing.