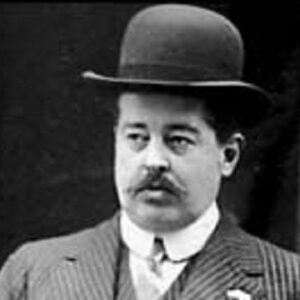 Reginald Claypoole Vanderbilt was a wealthy and one of the country’s most prominent equestrians. He was a fourth-generation member of the Vanderbilt family, also known as the American Royalty due to his great grandfather Cornelius “Commodore” Vanderbilt’s multibillion-dollar railroad empire. Reginald was a well-known horseman who established several equestrian organizations. He was the president of the American Hackney Horse Society and the National Horseshow Association of America. He was noted for his lavish lifestyle throughout his lifetime, and in the decades after his death, he became known as the father of famous fashion designer Gloria Vanderbilt. Anderson Hays Cooper, a CNN television news anchor and the most renowned descendant of the Vanderbilt line in modern times, is his maternal grandpa.

Unlike other members of the Vanderbilt family, Reginald Claypoole Vanderbilt did not pursue a commercial career after patriarch Commodore Cornelius Vanderbilt built the family fortune. He was a successful athlete and a well-known polo player when he was a teenager. Following in his brothers’ footsteps, he enrolled in Yale University, but pulled out after two years without completing his studies. Rather, he developed a reputation for being a squanderer.

While he was gambling at racetracks, he developed an interest in the equestrian sector as well. He began to attend numerous horse-riding clubs and eventually became an organizer for the American National Horseshow Association. During his brief life, he formed and served as president of a number of equestrian organizations.

The much-publicized court struggle over his daughter Gloria’s custody kept Reginald Claypoole Vanderbilt, the most famous fourth generation Vanderbilt, in the press for about a decade after his death. Vanderbilt had established a $2.5 million trust for his daughter Gloria, who had spent much of his riches via gambling and drinking. Gloria Morgan, his wife, initially looked after the child, occasionally leaving her in the care of her aunts while she traveled.

Gloria Morgan was deemed a minor by some, requiring a guardian, due to her youthful age and a debate about her exact birth year. In 1934, the Vanderbilt family began a custody dispute because they believed she was a detrimental influence on Gloria. The story made national headlines, and the ‘Poor Little Rich Girl’ Gloria became a fascinating narrative for tabloid stories. Gertrude Vanderbilt Whitney, Reginald’s sister, eventually acquired custody of his 10-year-old daughter.

His father, the favorite grandson of Commodore Cornelius Vanderbilt, one of America’s wealthiest business magnates, had inherited and maintained the family enterprise, the New York Central Railroad. However, after his death on September 12, 1899, from a brain hemorrhage, his brother William Kissam Vanderbilt assumed control of the family.

He was well-known for his charity, having given enormous sums of money to several universities and contributing $1 million to the construction of tenement dwellings in New York City. As a result, by the fourth generation, the family’s fortune had plummeted.

Reginald was the sixth of seven siblings, the eldest two of whom died before reaching adulthood. Cornelius “Neily” Vanderbilt III, his parents’ third child, was disinherited by his father for marrying Grace Graham Wilson without his permission. The majority of the fortune went to Alfred Gwynne Vanderbilt, his parents’ fifth child, while the balance went to Reginald and his two sisters. At the age of 21, he received $10 million from his father, and $5 million from his brother Alfred, who perished aboard the RMS ‘Lusitania’ in 1915.

Reginald married Cathleen Neilson in 1903, and their daughter, Cathleen Vanderbilt, was born to them. The pair separated in April 1920 after a few years of separation, and his first wife married again in January 1921. He married Gloria Morgan, a Swiss-born American socialite, for the second time on March 6, 1923. Gloria Laura Vanderbilt, the couple’s daughter, was born on February 20, 1924. Reginald died of liver disease due to alcohol consumption on September 4, 1925, at his country house, Sandy Point Farm, near Portsmouth, Rhode Island.

He was buried in the Vanderbilt family vault in New Dorp Moravian Cemetery on Staten Island, New York. He wasted most of his riches as an enthusiastic gambler and a playboy, leaving just a $5 million trust to be shared between his two children.