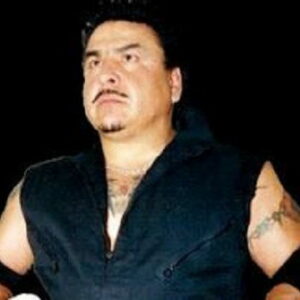 Rey Misterio Sr., also known as Miguel Angel Lopez Diaz, is a former wrestler and trainer from Mexico. He also goes by the name “Mysterious King.” Rey Mysterio Jr., Rey Misterio’s nephew, competes in professional wrestling. Misterio changes his name to “senior” in order to distinguish himself from his nephew. Misterio Sr. initially intended to pursue a career in boxing. However, he ran into several difficulties that forced him to rethink his goal and switch to wrestling. His coaches gave him advice and supported him along the way. Even his family helped him out, especially his brother who would accompany him to Lucha libre matches and wrestling matches. In 1976, Misterio Sr. made his pro wrestling debut. It appeared on the “Day of the Kings” or “Dia de los Reyes” program. Since then, Misterio took part in other contests over the years. He garnered fame and acclaim by winning numerous championships and titles. Among the wrestlers, he is credited with training are Extreme Tiger, Fobia, Venum Black, Ruby Gardenia, and Eiji Ezaki.

Rey Misterio Sr. never thought about wrestling. He originally intended to become a boxer. But for him, fate had a different plan. His body grew larger as he trained. As a result, he sustained numerous injuries and struggled since he had lost his punching skill. Later, his coaches advised him to attempt wrestling and to regain his punching ability.

Misterio Sr. soon started preparing for Lucha libre and wrestling. Also, a great help to him was his brother. Finally, Misterio was given the chance to make his professional wrestling debut on January 6, 1976, on a program known as “Day of the Kings” or Dia de Los Reyes.

Misterio and Konnan performed at the Starrcade 1990 pay-per-view event of World Championship Wrestling 1990. He participated in the “Pat O’Connor Memorial International Cup” as a representative of Mexico. In the opening round, British competitors Chris Adams and Norman Smiley were defeated by Misterio and Konnan. The Steiner Brothers defeated the team in the second round, despite the fact that they had won the first round.

In 1987, Super Astro, Negro Casas, and Misterio made the decision to create a gym. Many future international superstars were in his first class, including Damian 666, Psicosis, Halloween, Konnan, and his nephew Rey Mysterio Jr.

In addition to being a fantastic wrestler, Misterio Sr. is also a skilled coach. Many others have received his unique skills from him. Cassandro, Eiji Ezaki, Extreme Tiger, Fobia, Misterioso, Pequeno Damian 666, Ruby Gardenia, The Warlord, and Venum Black are just a few of the wrestlers he has trained.

Miguel Angel Lopez Diaz, better known as Rey Misterio Sr., was born in Tijuana, Baja California, Mexico, on January 8, 1958. He is the uncle of the wrestlers Metalika, El Hijo de Rey Mysterio, and Rey Mysterio Jr. In addition, he is Super Astro’s brother-in-law. Misterio has dabbled in acting in addition to wrestling, and you may have seen him in the gruesome movie “El Mascarado Massacre” (or Wrestlemania).

Atila, Chamaco Martinez, El Solitario, and Enrique Torres all trained Misterio. El Genio, Bull Rider, Rayman, Maravilla Blanca, and Rey Misterio Sr. are just a few of his many ring names.
He retired in 2009 after more than four decades of earning a name for himself in the wrestling world.

Rey Mysterio, a high-flying luchador, is worth $10 million. One of the greatest wrestlers of all time, Mysterio is also known by his real name, Scar Gutiérrez. He performs for the WWE’s SmackDown brand under contract.

Mysterio started his professional wrestling career in Mexico with the Asistencia Asesora y Administración before joining World Championship Wrestling in 1996. He promoted the cruiserweight divisions and the “Lucha Libre” wrestling style while he was living in the US.