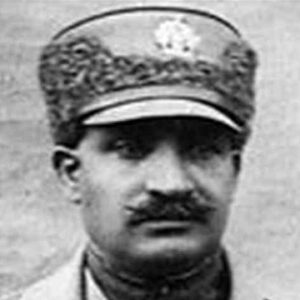 From 1925 to 1941, Reza Shah was the founder of the Pahlavi dynasty and the Shah of Iran (Persia). After dissolving the century-old Qajar dynasty, he established the Pahlavi dynasty and introduced and executed measures to improve Iran’s social, economic, and political conditions. From his beginnings as an army officer, he soon ascended to the position of war minister, followed by his selection as the new regime’s Prime Minister. After that, he established the Pahlavi dynasty and became Iran’s Shah. Because of his social, economic, and political changes, he gained popular among the public. He was also instrumental in changing Persia’s name to Iran. Despite his lack of formal schooling, he was incredibly talented and intelligent, and he was able to completely transform Iran. While his admirers praised his decision to modernize Iran, his detractors chastised him for his indifference to the peasants and lower classes, which sparked the Iranian Revolution and ended his constitutional monarchy. Some of the main developments he initiated were the construction of the Trans-Iranian Railway, the establishment of the University of Tehran, and the sponsorship of Iranian students to European universities.

His mother took him to Tehran after his father died a few months after his birth, where she resided with her brother.
He joined the Persian Cossack Brigade when he was 16 years old. In 1903, he is claimed to have worked as a guard and servant for Dutch consul general Frits Knobel.

He got to the rank of gunnery sergeant in the Iranian Army under Qajar Prince Abdol Hossein Mirza Farmanfarma. In 1918, he was promoted to Brigadier General in the Cossacks for his outstanding performance.
Following the 1917 Russian Revolution, Britain and Soviet Russia competed for greater influence over Iran (Persia).

By 1920, the British and Soviet armies had taken control of the majority of Iran’s mainland.
In the middle of this political crisis in Iran, Reza Khan led his Cossack Brigade into Tehran and took control of the capital city on February 21, 1921, in a coup d’état. He overthrew the previous administration and went on to become the Commander of the Iranian Army and the new government’s war minister, as well as overseeing the departure of Russian forces.

During his time as Minister of War, he brought modernization and harmony to the country, developed a strong army, and protected the country from both domestic and external dangers, bringing peace to Iran, which had been lost for a century.

In 1923, he was appointed Prime Minister of the new state after receiving assent from Ahmad Shah Qajar. Qajar began working for the establishment of a republic after returning from a lengthy treatment in Europe.

In 1925, he toppled the absentee ruler Qajar and was named Shah of the Kingdom of Iran after persuading the Majlis. The Qajar dynasty came to an end with the foundation of the Pahlavi dynasty.

In April 1926, he was crowned and given the name Reza Shah Pahlavi. His son, Mohammad Reza Pahlavi, was also named Crown Prince of Persia.

He ousted a number of ministers on various charges of corruption as a result of his authoritarian rule, leading in their jail and death.

Due to his voracious character, he began forced land acquisition after a few years of industrialization and development programs. As a result, by the mid-1930s, unhappiness had spread throughout the country.

In 1932, he canceled the contract with the Anglo-Persian Oil Corporation, a British company. Despite the fact that a new agreement was made, with Shah receiving a 21% stake rather than the prior 16 percent, both parties were upset.

He developed commercial links with Germany to counteract the British and Soviet influence on Iran, and at the outbreak of World War II, Germany was Iran’s top trading partner.

He tried to pit the Soviet Union against the British as a matter of policy, but this strategy backfired when the two joined forces against Germany in 1941. As a result, in August 1941, Russian and British troops invaded Iran, forcing the Persian army to capitulate in under a week.

In order to maintain his dynasty, he surrendered his throne to the invading British, who pledged to make his son, Mohammad Reza Pahlavi, the new Shah of Iran in exchange for exile.After his son ascended the kingdom in September 1941, British troops whisked him away to Mauritius, Durban, and finally Johannesburg.

In 1934, he was successful in establishing the University of Tehran, the country’s first European-style modern institution, which provided modern education and training to both bureaucrats and the middle class.
In 1935, he removed the veil from the women’s heads and encouraged them to attend schools and seek employment.

He suggested that Persia be renamed Iran in a letter to the League of Nations, which was implemented in 1935.
Under his administration, road networks were renovated and expanded, the most notable of which was the Trans-Iranian Railway, which opened in 1938.

He established state-owned enterprises to produce staples like as sugar, canned products, matches, textiles, and cigarettes.

He dismantled the religious hierarchy by appointing state-licensed notaries to notarize documents instead of priests who had done so for years.

In 1916, he married for the second time, this time to Tadj ol-Molouk, who had four children with him: daughter Shams Pahlavi, Crown Prince Mohammad Reza Shah Pahlavi, daughter Ashraf Pahlavi, and son Ali Reza Pahlavi.

Turn (Qamar al Molouk) Amir Soleimani was his third wife, whom he married in 1922. Gholam Reza, the couple’s son, was born to them. In 1923, they got divorced.

He died of a heart disease in exile in Johannesburg, South Africa, in 1944. His body was transported to Egypt, where it was embalmed and kept until 1950 in Cairo’s Al Rifa’I Mosque.

At 1979, his remains was returned to Cairo and buried in Al Rifa’I Mosque, after being transferred to Iran and buried in Ray, Tehran.

The Shah’s personal wealth is estimated to be in the range of $2 to $4 billion.