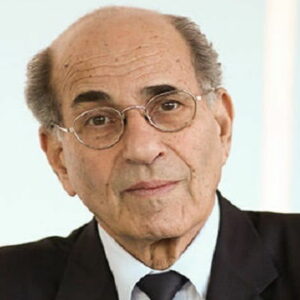 Richard Axel is a professor of molecular biophysics and pathology at Columbia University. He is one of the best scientists in the world. He is well-known for his Nobel Prize-winning paper on “olfactory receptors,” which describes how the brain understands smells. His groundbreaking invention, Axel Patents, has made him an estimated $600 million in royalties from the many pharmaceutical companies that use it. In addition to his work in neurobiology, he has also made a number of groundbreaking discoveries in immunology. His lab was the first one to find molecules that could stop the AIDS virus from spreading. He has won a lot of awards and helped train and guide many of the most important scientists in the field of neurobiology. He is also a “Researcher” at the Howard Hughes Medical Institute. His cutting-edge science and technology discoveries, like DNA transfection, have been very important to the study and research of biology. He is doing research right now on how the human brain picks up on smells. Read the biography below to find out more interesting details about his childhood, his personal life, and his academic and scientific achievements.

Richard Axel was born in Brooklyn, New York, to parents who came from Poland and were Jewish. He used to play basketball and stickball on the streets of Brooklyn when he was a kid.
At age 11, he went to work for a dentist. His job was to bring false teeth to people. He kept working at restaurants and doing odd jobs like laying carpets.

He went to Stuyvesant High School, which is known for having well-established and well-organized academic programs. Here, he learned about art, music, and opera and played basketball.
He got his degree from Columbia University in 1967. Here, as a Research Assistant in the lab of Professor of Medicine Bernard Weinstein, he became very interested in genetics.

He got his MD from Johns Hopkins University School of Medicine in Baltimore in 1971. Later that year, he started working in the lab of Sol Spiegelman, a professor at Columbia University’s Department of Genetics.

In 1972, he started his second post-doctoral fellowship at the National Institutes of Health. There, he worked on DNA and chromatin structure with Gary Felsenfeld.

Together with his colleagues Angel Pellicer, Michael Wigler, and Saul J. Silverstein, he published his first paper on May 1, 1978. It was called “The Transfer and Stable Integration of the HSV Thymidine Kinase Gene into Mouse Cells” and was written in collaboration with them.

In 1980, he filed the “Axel Patent” with microbiologist Saul J. Silverstein and geneticist Michael H. Wigler. This was a big step forward in DNA transfection.

Together with other researchers at Columbia University’s Howard Hughes Medical Institute, he found the link between HIV infection and “immunoreceptor CD4” in 1988. They also found that the AIDS virus is stopped by the soluble form of CD4.

In April 1991, he worked with biologist Linda B. Buck to write the Nobel Prize-winning paper, “A novel multigene family may encode odorant receptors: a molecular basis for odor recognition.”

In 2004, the Nobel Prize in Physiology or Medicine was given to him for his important paper on “olfactory receptors.” His work laid the groundwork for genetic and molecular analysis, which is used by many pharmaceutical labs and scientists around the world.

In 1983, he and some of his colleagues started Axel Patents, which is a way to change the genes of cells. About $600 million has been made in royalties from this invention that has been patented. Many pharmaceutical drugs have been made with proteins that were made possible by this technology.

In 1983, the American Academy of Arts and Sciences chose him as a “Fellow.”
In 1997, he won the “Excellence in Science and Technology” award from the mayor of New York City.
In 1998, he was given the “Distinguished Achievement in Neuroscience Research” Bristol-Myers Squibb Award.

In 2001, he got the “Distinguished Contributions in Biomedical Sciences” medal from the New York Academy of Medicine.

He won “The Gairdner Foundation International Award for Achievement in the Field of Neuroscience” in 2003.
In 2004, he and Linda B. Buck shared the Nobel Prize in Physiology or Medicine for their work on the “olfactory system.”

He is married to a scientist and neurobiologist named Cornelia “Cori” Bargmann.

Richard is on the list of the most popular and wealthiest biologists. Based on what we found on Wikipedia, Forbes, and Business Insider, Richard Axel has a net worth of about $5 million.