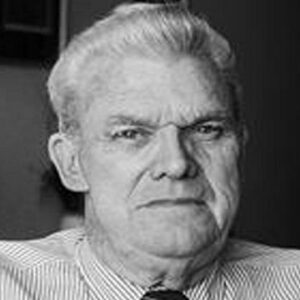 Richard Edward Taylor is a Canadian physicist who co-discovered the quarks model and shared the Nobel Prize in Physics for it. He was born and raised in Canada, where he attended three different schools before enrolling at the University of Alberta in Edmonton. He was not a particularly talented student in school, but thanks to the encouragement of his professors, he acquired an interest in science and went on to university to study it. Following his master’s degree from the University of Edmonton, he pursued his Ph.D. at Stanford University, where he later worked as a professor and researcher. He spent many years at the Stanford Linear Accelerator Centre (SLAC), where his studies on the quarks model were developed in partnership with two other scientists in the 1970s. During his long career as a particle physicist, he also traveled to Europe for research, spending time in France, Germany, and at CERN in Geneva. He later rose through the ranks at SLAC to become the Assistant Director of Research.

Richard Edward Taylor was born on November 2, 1929, in Medicine Hat, Alberta, Canada. On his father’s side, he was Northern Irish-Scottish.

He attended several schools and, by his own admission, was not a gifted student. He credits his early achievements in science and mathematics to his teachers at several schools where he was a student.

He enrolled at the University of Alberta, Edmonton, after graduating from high school, and his low grades in high school proved to be a stumbling block in his pursuit of higher education. He received his bachelor’s degree in 1950 and his master’s degree two years later from the same institution.

The Career of Richard

After receiving his master’s degree from the University of Alberta, he relocated to California and was admitted into Stanford University’s graduate program. He worked at the University’s High Energy Physics Laboratory and then at Ecole Normale Superieure for three years starting in 1958.

He received his doctorate from Stanford University in 1962 after completing work on the creation of pion using polarized gamma rays. He was then hired by the University of California’s Lawrence Berkeley Laboratory, although only for a short time. He served as a member of the staff at Stanford Linear Accelerator Centre (SLAC) for six years, beginning in 1962, and his research on electron scattering experiments created the foundation of his scientific career during that time.

He started at SLAC as an assistant professor in 1968 and was promoted to full professor two years later. After earning a Guggenheim grant three years later, he proceeded to CERN to do research for a year. Neutral currents were invented during his time at CERN, and he began to focus more on theories linked to parity conservation.

During his stay at SLAC in the 1970s, he worked on a series of experiments with Jerome Friedman and Henry Kendall that demonstrated beyond a shadow of a doubt that protons and neutrons in an atom are made up of quarks. The experiments had far-reaching implications in science, and the trio was awarded the Nobel Prize in Physics as a result.

In 1981, he was awarded the Alexander von Humboldt Prize, and for the next academic year, he worked at Deutsches Elektronen-Synchrotron, or DESY, in Hamburg. After finishing that assignment, he returned to SLAC as Associate Director of Research, where he stayed for four years. He then went on to work as a researcher at other European institutes.

His most notable contribution was a series of experiments he conducted with Jerome Friedman and Henry Kendall at SLAC in the 1970s that led to the discovery of quarks in neutrons and protons. Quarks are thought to be the building blocks of all stuff. For this work, they shared the Nobel Prize in Physics in 1990.

In 1981, he received the Alexander von Humboldt Senior Scientist Award.
He was awarded the W.K.H. Panofsky Prize in 1989.
In 1990, he and Jerome Friedman and Henry Kendall shared the Nobel Prize in Physics.

After receiving his master’s degree from the University of Alberta in 1952, he married Rita Bonneau, but the actual date of their marriage is unknown. Ted is the couple’s son.

Richard is one of the wealthiest association football players, as well as one of the most popular. Richard Taylor’s net worth is estimated to be $1.5 million, according to Wikipedia, Forbes, and Business Insider.