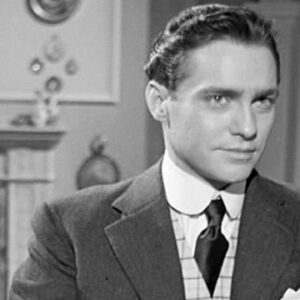 Richard Todd was born into an aristocratic Irish family and went on to become a soldier before becoming a prominent actor in both British and American films. His performance as a British Air Force Wing Commander in the film ‘Dam Busters’ made him renowned. His mother wished for him to join the diplomatic service, but he chose to be a playwright instead. He later changed his mind and decided to pursue a career as an actor instead. His leading performances in several war films were well-received around the world, as he exploited his first-hand experience of the conflict to bring out the most impact in each role. In actual life, he was a member of the 7th battalion’s parachute regiment, which parachuted into Normandy on D-Day during WWII. He made the initial touch with troops flown into Normandy in gliders led by Major Howard, who were tasked with defending the Pegasus Bridge. After the war, he returned to his first love, the theatre, and played a variety of roles. His fortunes altered when he was given the opportunity to appear in films, where he was more successful in portraying characters from the military.

Richard Todd was born on June 11, 1919, in Dublin, Ireland. His father served in the British Army as a surgeon and was stationed in India for a period. His mother was well-known for her beauty and ability to ride a horse. After returning from India, he and his family settled in Devon, where Richard attended the Shrewsbury School. He enrolled at Sandhurst to pursue a military career as the son of a British army commander. Soon after, he left Sandhurst to study scriptwriting at London’s ‘Italia Conti Academy,’ but ended up studying acting instead.

At 1936, he made his professional debut in Regent’s Park open air theater’s production of “Twelfth Night.” He started the ‘Dundee Repertory Theatre’ in 1939. During WWII, he enlisted in the British army and received a commission in 1941. After returning from the war, he played Corporal Lachian ‘Lachie’ McLachlan in the stage adaptation of ‘The Hasty Heart.’

For the Associated British Picture Corporation, he portrayed the major part in ‘For Them That Trespass’ in 1948.
In 1949, he reprised his act as ‘Lachie’ in the Warner Bros. film ‘The Hasty Heart,’ for which he received his first Academy Award nomination.

In 1950, he appeared in Alfred Hitchcock’s ‘Stage Fright,’ followed by the 1951 Hollywood thriller ‘Lightning Strikes Twice.’ None of these films were commercial successes. ‘The Story of Robin Hood and His Merry Men’ was released in 1952, followed by ‘The Sword and the Rose’ and ‘Rob Roy, the Highland Rogue’ in 1953. In 1953, he appeared in a television production of ‘Wuthering Heights.’

His portrayals of Wing Commander Guy Gibson in ‘The Dam Busters’ in 1954 and Peter Marshall in ‘A Man Called Peter’ in 1955 made him a household name among moviegoers throughout the world. In the same year, he starred in the film ‘The Virgin Queen.’ In 1956, he was cast in the film ‘D-Day, the Sixth of June.’ In 1957, he acted in the films ‘Saint Joan’ and ‘The Yangtse Incident,’ and in 1958, he starred in ‘Chase a Crooked Shadow.’

He appeared in the war films ‘The Danger Within’ in 1959 and ‘The Long, Short, and Tall’ in 1961. In 1960, he tried unsuccessfully to produce ‘The Diamond Smugglers,’ ‘Queen’s Messengers,’ and a film about William Shakespeare.
Ian Fleming chose him to play James Bond in the 1962 film ‘Dr. No,’ but he was unable to do so owing to scheduling conflicts.

‘An Ideal Husband’ (1965) and ‘Dear Octopus’ (1966) were two of his outstanding films from the late 1960s (1967).
In 1970, he formed ‘Triumph Theater Productions,’ which toured internationally with a number of plays. He worked as a narrator for Radio Four’s ‘Morning Story’ in the 1970s and for the ‘Wings Over the World’ series in the 1980s. In 1974, he toured the United States with the Royal Shakespeare Company’s productions ‘The Hollow Crown’ and ‘Pleasure and Repentance.’

In 1993, Richard Todd was awarded the ‘Order of the British Empire,’ or OBE, for his contribution to drama.

On August 13, 1949, he married Catherine Stewart Crawford Grant-Bogle, whom he divorced in 1970. From this marriage, he produced a son named Peter and a daughter named Fiona. In 1970, he married Virginia Mailer, whom he divorced in 1992. Andrew and Seamus were his kids from this marriage. Richard Todd passed away on December 3, 2009, in Little Humby, Lincolnshire, England, from cancer.

He worked as a volunteer for ‘Age Concern’ after retiring from acting, raising donations for the Royal British Legion and other organizations.

Richard Todd is one of the wealthiest and most well-known actors in Hollywood. Richard Todd’s net worth is estimated to be $1.5 million, according to Wikipedia, Forbes, and Business Insider.