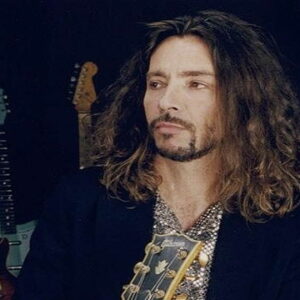 As the American rock band Aerosmith’s guitarist during the turbulent time that followed Brad Whitford’s resignation, French-American musician Rick Dufay is well-known in the music industry. He is regarded as the band’s savior after they went through a particularly trying period in the early 1980s. He made the band more consistent and even reconciled Steven Tyler, the lead guitarist, and Joe Perry, the rhythm guitarist. Dufay said that the band needed Brad Whitford, a former member, to return in order to restore itself. Dufay departed the band after Brad did make a comeback. Everyone, from the fans to the band members, recognized Dufay’s contributions to one of the greatest rock and roll bands in American history. During the band’s most precarious period in its history, his altruistic sacrifices over the course of his five-year affiliation with the group helped it survive.

Before joining the American rock group Aerosmith, Dufay had his album “Tender Loving Abuse” released. Jack Douglas, the band’s producer, worked on it. In 1980, after Brad Whitford quit the group, Douglas suggested Dufay fill the vacancy.

It is safe to assume that Dufay had a crucial role in preventing the band from going extinct. Early in the 1980s, the band experienced turmoil as lead rhythm guitarist Brad Whitford departed the group and lead vocalist Steven Taylor lost himself to drug usage.

After the album “Rock in a Hard Place” was released, Dufay joined the group and appeared in the music video “Lightning Strikes.” He offered assistance to the ill Steven Tyler and suggested that the band get its previous members back together.

He suggested Whitford rejoin the group, and in 1984, Whitford did so. Dufay quit the band subsequently and eventually worked with the band Blue By Nature’ alongside vocalist Karen Lawrence.

He then published his second album ‘Written In Stone, which featured Aerosmith’s outtake ‘Written In Stone. Dufay never resumed his career when his time with Aerosmith came to an end. He did upload some solo covers on his personal websites and cooperated with other artists on their songs but failed to re-establish his fame.

Perry recognized Dufay’s contribution to Aerosmith and his generosity that helped the band get back on track during his acceptance speech for the band’s induction into the Rock & Roll Hall of Fame in 2001. Perry also recognized that while Dufay’s selflessness did save the band from extinction, it became “suicidal” for his own career.

Richard Marc Dufay, the son of actor Richard Ney, was born in Paris on February 2, 1952. He was married to Maureen Dumont Kelly, an exotic dancer who passed away in 2008 from colon cancer. After their divorce, Minka, the couple’s daughter, moved home with Maureen. Despite being raised by her mother, Minka confesses that her father, Dufay, has always been a part of her life.

Rick Dufay, a rock guitarist, is thought to be worth $5 million. Dufay, a Paris native, played for Aerosmith in the 1980s, which significantly increased his wealth.

Dufay had the opportunity to join Aerosmith, arguably the most famous rock band, so he must have thought all his Christmases had come at once. After resident guitarist Brad Whitford quit the group in 1980, this once-in-a-lifetime opportunity presented itself.