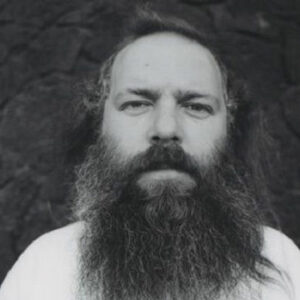 American music producer Rick Rubin, whose real name is Frederick Jay Rubin, is well-known. He also goes by the moniker “DJ Double R.” He was raised and born in the US. He founded his own recording firm while attending “New York University” for his education. Rubin helped establish “Def Jam Records.” In addition, he founded “American Recordings” and served as Columbia Records’ former co-president. In the 1980s, he was a key contributor to the rise in popularity of hip-hop music. Many of the biggest names in the music business, including Aerosmith, Neil Diamond, AC/DC, Eminem, Lady Gaga, Ed Sheeran, Adele, the Red Hot Chili Peppers, Shakira, and “The Black Crowes,” have collaborated with him effectively. He has aided in the development of some of the most well-known artists in the business, including the “Beastie Boys,” Johnny Cash, “Run-DMC,” and the “Dixie Chicks,” among others. For his remarkable production work, he has received numerous nominations for awards and several “Grammy Awards.” He is regarded as one of the nation’s most well-known music producers and a significant player in the music industry. He is an avid fan of professional wrestling and has long been a financial supporter of “Smoky Mountain Wrestling.” He resides in Malibu with his partner.

Michael and Linda Rubin gave birth to Frederick Jay Rubin on March 10, 1963, in Long Beach, New York. His mother was a stay-at-home mom, while his father was a wholesaler of shoes. They belonged to a Jewish household. He was an only child.

Early Rubin’s years were spent on Lido Beach, New York. He went to New York’s “Long Beach High School.” The head of the school’s audio-visual department, Steve Freeman, taught him the fundamentals of songwriting and guitar playing. With the help of his schoolmates, Rubin started a garage band, which later evolved into the punk group “The Pricks.” The band performed at the renowned New York music venue “CBGB,” but they were kicked out following a brawl with the crowd.

After that, Rubin started a band called “Hose” and went on tour, mostly in the Midwest and California. He established his own recording firm with the aid of the school’s four-track recorder.

His main focus is music in his career. Since the start of his career, he has owned a record label and produced music. He started his record label, “Def Jam Records,” in his dorm at “New York University” in 1982. Through this label, he released “Hose,” the band’s debut single. The group performed alongside other groups like “Circle Jerks,” “Minor Threat,” and “Butthole Surfers.”

‘Hose’ split up in 1984 as Rubin became interested in hip-hop music. Rubin was able to extensively examine the components of hip-hop production because of his collaboration with DJ Jazzy Jay of the ‘Universal Zulu Nation hip-hop awareness organization. They collaborated to create the 1983 song “It’s Yours” for the rapper T La Rock.

Russell Simmons, a concert manager, and promoter, introduced Rubin to Jazzy Jay. In 1984, Rubin and Simmons joined up to formally establish the Def Jam Records label. At the time, Rubin was still a student at “New York University.”

In 1984, LL Cool J’s song “I Need a Beat” was the label’s debut release. In order to find rap and hip-hop artists, Rubin scouted places like Brooklyn, Harlem, Queens, and Long Island. Soon after, “Def Jam Records” signed the “Beastie Boys” and “Public Enemy.” The “Beastie Boys” released a popular EP as a result in 1985.

As suggested by a friend (Sue Cummings, editor of “Spin” magazine), Rubin teamed up with Run-DMC and Aerosmith to work on Aerosmith’s “Walk This Way” (1986). Rap-rock entered the public for the first time during this time, which helped Aerosmith’s career take off.

When Rubin produced “Reign in Blood” for the metal band “Slayer” in 1986, it was his first time working with a metal band. Rubin contributed to “Electric,” the crucial third album by the influential British rock group “The Cult,” in 1987.

The soundtrack of the film “Less Than Zero” was created by Rubin. He oversaw the movie’s music as well. He co-wrote and directed “Tougher Than Leather,” “Run- DMC’s” second film, in 1988. Later that year, he had issues with Lyor Cohen, the head of “Def Jam Records.” Rubin left the business shortly after. After that, he relocated to California and founded “Def American Records.”

Later, Rubin collaborated with other rock and heavy metal acts, including Danzig, Wolfsbane, and The Four Horsemen. In addition to working with heavy metal bands, he continued his relationships with LL Cool J, Run-DMC, and Public Enemy.

When Rubin learned that the word “def” had been added to the official dictionary in 1993, he organized a proper burial for the term. He claimed that when “‘def’ entered the mainstream from street slang, it failed its purpose.” Def American Records was soon replaced by American Recordings as the name of his record label.

Johnny Cash’s “American Recordings,” the first installment of the series, was a commercial triumph. Five more recordings by Cash followed, which aided in reviving his flagging career.
Rubin worked with the “Red Hot Chili Peppers” to create six studio albums between 1991 and 2011. Their 1991 Warner Bros. debut album, Blood Sugar Sex Magik, was a huge hit of the decade.

These six albums broke numerous records, topped the Billboard Alternative Songs chart, and received numerous Grammy nominations and wins. Three of these albums were included in “Rolling Stone” magazine’s list of the “500 Greatest Albums of All Time.” The band and Rubin parted ways in 2014 after a successful 24-year working relationship.

In May 2007, Rubin was appointed co-president of “Columbia Records.” He produced Linkin Park’s album “Minutes to Midnight” in the same year and their subsequent two albums in 2010 and 2012. For his collaborations with musicians including the “Dixie Chicks,” “U2,” “Green Day,” “Metallica,” Neil Diamond, “Jakob Dylan,” “Weezer,” and “Ours,” he received numerous “Grammy Awards.”

He left Columbia Records in 2012 and returned to American Recordings in association with Republic Records. The Avett Brothers and ZZ Top albums were both released by the new company.

Many of the finest hip-hop albums and projects ever made, including “Radio” by LL Cool J, “Licensed to Ill” by the Beastie Boys, “Tougher Than Leather” and “Raising Hell” by Run-DMC, were produced by Rubin. He was the first producer to combine rock with rap. His early efforts innovatively altered hip-hop music. He focused more on rock later in his career.

In 1998, Rubin’s album “Unchained,” which was nominated for the “Best Country Album” Grammy, brought him his first honor. In both 2000 and 2003, he received a “Grammy” nomination for “Producer of the Year, Non-Classical.” He has been nominated for many additional awards over time.

He was the recipient of several “Grammies” in 2007. For the album “Not Ready to Make Nice,” he received the “Grammy” for “Record of the Year.” He also won the “Grammies” for “Best Country Album” “Album of the Year” for “Taking a Long Way” and “Best Rock Album” for “Stadium Arcadium” that same year.

He won another “Grammy” for “Producer of the Year, Non-Classical” that same year for his work on albums of artists including “U2,” “Green Day,” Michael Kranz, and “Red Hot Chili Peppers,” among others. For his work with bands like “Metallica,” “Weezer,” Neil Diamond, and “Ours,” among others, he received the same award once more in 2009.

He received the “Grammy” for “Album of the Year” in 2012 for creating four songs for Adele’s “21,” which went on to become one of the best-selling albums of this millennium. Personal He resides in Malibu with Amanda Santos, his partner.

American record producer Rick Rubin has a $250 million fortune. He is most known for co-founding Def Jam Recordings with Russell Simmons and serving as the former co-president of Columbia Records. He is regarded as one of the top record producers in contemporary American music and has collaborated with some of the most well-known performers in history.

He was captivated by magic as a child and frequented Manhattan’s magic stores.
His productions are known for their “stripped down” sound, which features only basic instruments and exposed voices. He is renowned for fusing artists from different genres to produce brand-new music.

He’s a vegan. He researches the mysticism of the East. His Hollywood Hills residence has a library with volumes of Sufi poetry, psychology, and Eastern mysticism.