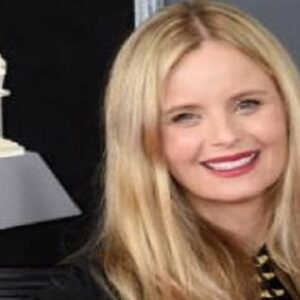 Ricki Lander is a well-known American actress who has appeared in both movies and television. She first rose to fame in 2008 when the cult classic “Iron Man” was released, and soon after that she started to appear in well-known television programs including “CSI: Crime Scene Investigation” and “Prison Break.” Lander is an accomplished performer who has a lifelong love of dance, theater, and music. Prior to making the transition to the big screen, she started her acting career on television. Lander’s acting career has brought her recognition and attention, but her connection with business mogul Robert Kraft is truly what made her famous. After losing his first wife to cancer, Kraft found the love of his life in Lander. Even though Kraft and Lander have only infrequently dated, they have maintained their relationship despite their significant age gap—he is 39 years older than she is.

Peggy Lander and Robert A. Lander welcomed Ricki Lander into the world on December 14, 1979 in Salt Lake City, Utah.

Young Lander had an interest in music, dance, and theater at a young age. She relocated to Los Angeles, California, at the age of 15, where she trained with the Los Angeles Classical Ballet before touring Japan as a dancer.

Lander entered Florida International University in Miami after completing elementary school. She was awarded various academic and artistic scholarships while she was a student. She earned a Bachelor of Arts in Dance and a Bachelor of Science in Mass Communications after graduating with honors and high distinction.

In television, Ricki Lander made her acting debut. In the 2006 episode “The Class Goes to Bar” of the popular television show “The Class,” she played herself for the first time. In the same year, she performed an uncredited appearance in “The Achievers” as Dream Girl and a recurrent role in “RTL Boulevard” as herself.

Lander resumed her relationship with television in 2007, making appearances on a few episodes of “Ugly Betty,” “Cult,” and “Dirt.” She was inundated with roles on the big and small screens.

The 2008 blockbuster movie “Iron Man,” in which Lander costarred with Robert Downey Jr. and Terrence Howard, marked the major turning point in her career. Lander’s career was propelled to greater heights by “Iron Man.” Both the critics and the public praised her for her work in the movie.

Along with Ed O’Ross, Bart Johnson, and Elena Satine, Ricki Lander was chosen for the lead part in the movie “The Harsh Life of Veronica Lambert,” also known as “5 Nights in Hollywood.”

She was cast in a number of television shows, such as “Working Class,” “True Blood,” “Access Hollywood Live,” and others, because of Lander’s exceptional screen presence. In 2011, Lander appeared as a guest in the film “L!fe Happens,” and soon after, “A Green Story” and “Lost Angeles” were released.

She made an appearance in the Farrelly Brothers comedy “Movie 43” in 2013, where she was cast as Halle Berry’s character’s nurse during the “Truth or Dare” segment. Alongside travel expert Peter Greenberg, Lander was hired the same year to serve as a correspondent for the investigation series “The Travel Detective.”

She worked on the PBS documentary “Israel: The Royal Tour” in 2014 as a producer and correspondent, recording and narrating behind-the-scenes material with Prime Minister Benjamin Netanyahu and First Lady Sara Netanyahu.
The most recent movie role for Lander was in “Ant-Man,” which he shared with Paul Rudd. She played starring parts in the television shows “Unforgettable” and “Blue Bloods.”

Under the terms of a contract with Ford Models, Ricki Lander modeled for numerous companies and periodicals. She introduced the concept of a “modern stylish female fan” to sports fanatics, who embraced it and helped inspire the development of casual and stylish supporter attire.

She created a line of women’s fan clothing for College, MLB, NHL, NBA, and NFL in January 2014 under the moniker “Let Loose by RNL.” Sports e-commerce giants Fanatics and FansEdge introduced the brand.

In addition to acting, Lander’s passion for dancing brought about her affiliation with the dance and arts world. She is a member of the Alvin Ailey Dance Company Board of Trustees as well as the Board of Directors for the New York City Ballet. In 2016, she shared the co-chairmanship of the New York City Ballet Fall Fashion Gala with Sarah Jessica Parker and Daisy Maeda, who served as co-hosts.

“Iron Man,” a movie from 2008, is without a doubt Ricki Lander’s most well-known work. The movie was a critical and commercial triumph and won several accolades. With the movie, Lander achieved a career-high by becoming an international sensation and a household name. She supported it with a number of further notable television appearances in shows including “CSI: Crime Scene Investigation,” “Ugly Betty,” “Prison Break,” “True Blood,” and others.

The American millionaire and business tycoon Robert Kraft has been dating Ricki Lander on and off since 2012. He serves as the chairman and CEO of The Kraft Group. Lander is 39 years Kraft’s senior. From his past partnerships, he has four kids.

For five years, Lander and Kraft have been dating. However, theirs isn’t a committed union. Additionally, they have been seen with other men and women.

Lander gave birth to a daughter in 2017. Although Kraft has helped Lander and her child, he maintains that he is unrelated to the child.

The American actress and dancer Ricki Noel Lander is a multimillionaire with a net worth of $2 million. She is best known for being the girlfriend of New England Patriots owner Bob Kraft and a correspondent for the travel show The Travel Detective. She has made numerous television appearances over the course of her career, including Ugly Betty, Dirt, CSI: Crime Scene Investigation, and Prison Break. She also made an appearance in True Blood, a CBS television episode of Unforgettable, and she guest starred in the popular drama Blue Bloods. She co-starred with Robert Downey, Jr. in the 2008 film Iron Man, and she also played the title role in The Harsh Life of Veronica Lambert.

Lander was born and raised in Salt Lake City, Utah, and at the age of fifteen, he relocated to Los Angeles to pursue his ballet training there. She earned a Bachelor of the Arts in Dance with honors and academic and artistic scholarships from Florida International University in Miami. Ricki was employed by Ford Models for seven years while pursuing her acting career. For fashion shoots used in commercials for brands like Benefit Cosmetics, Levi’s, Nordstrom, Macy’s, Bloomingdale’s, Target, Next UK, Report Shoes, Nine West, and others, her work required her to travel the nation. Lander is presently dating Robert Kraft, the chairman, and CEO of The Kraft Group and an American business magnate who is about 39 years her senior.

In a formal statement, her boyfriend, Robert Kraft, asserted that he is not the father of Lander’s child, whom she gave birth to in 2017. Given that they have been dating since 2012, this is already startling enough.