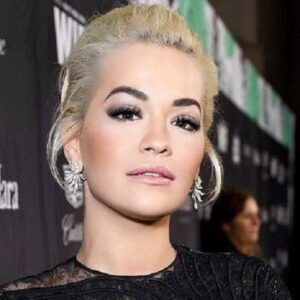 Rita Ora is a British singer and actress who rose to prominence after singing lead on DJ Fresh’s hit “Hot Right Now.” Jay-Z noticed her and signed her to his record label, which published her debut album, ‘Ora.’ Her singles topped the UK charts, and she took the music world by storm. She has since judged a variety of talent shows in the UK and the United States, including ‘The X Factor’ and ‘America’s Next Top Model.’ She is also a member of the ‘Fifty Shades’ film franchise as an actor. She came to fame through hard work and persistence after arriving in the UK as a refugee. Ora, who grew up in a household that was oppressed, is a humanitarian and a supporter of women’s rights. She’s taken part in a number of fundraisers and charity concerts for a variety of organizations. ‘Calvin Klein,’ ‘Coca-Cola,’ and ‘Samsung’ are among her many endorsements. She’s also the face of Madonna’s ‘Material Girl’ clothing brand.

Rita Ora was born Rita Sahatçiu in Pristina, SFR Yugoslavia, which is now Kosovo, on November 26, 1990. Her Albanian parents, Vera and Besnik Sahatçiu, escaped Kosovo and relocated to the United Kingdom when she was a year old, during the oppression of Albanians by Dictator Slobodan Milosevic.

Her mother is a psychotherapist, while her father is an economist and a bar owner. She is the granddaughter of one of Yugoslavia’s most prolific cinema directors, Besim Sahatçiu. Osman Bajraktari, her maternal grandpa, was a diplomat. Her parents changed their surname to ‘Ora’ since it was easier to pronounce. Rita Hayworth, her grandfather’s favorite movie star, inspired her name. Elena is her older sister, and Don is her younger brother.

She went to ‘St Cuthbert and St Matthias Primary School’ at Earls Court whilst growing up near Portobello Road in West London. She attended the ‘Sylvia Young Theatre Institution,’ a specialized performing arts school, and graduated with honors.

She was influenced by artists such as Blondie, Jimi Hendrix, Prince, ‘Earth, Wind & Fire,’ and Celine Dion when she was a child listening to her father’s record collection. Gwen Stefani and Beyoncé, on the other hand, she claims have had the largest influence on her.

Rita Ora began singing at a young age and used to perform at London’s open mic nights. She used to perform at her father’s pub on occasion. Her professional acting career began in 2004 when she made an appearance in an episode of the British drama series ‘The Brief.’ In the same year, she won a role as an Albanian immigrant in the British film ‘Spivs.’

She auditioned for ‘Eurovision: Your Country Needs You’ on ‘BBC One’ in 2008 and was chosen as the British representative for the ‘Eurovision Song Contest 2009.’ When a few episodes, she withdrew from the competition after her manager, Sarah Stennett, convinced her that participating would harm her chances of becoming a solo artist. Her manager convinced Jay Z’s record company, Roc Nation, to take notice of her work in 2008. She came to America to meet Jay Z and was signed to ‘Roc Nation’ right afterwards. She appeared in Jay Z’s ‘Young Forever’ and Drake’s ‘Throughout’ music videos over the next few years.

DJ Fresh recruited her as the female vocalist for his single “Hot Right Now” in February 2012. The song quickly rose to the top of the UK Singles Chart, making her a household name.

Her debut single, ‘R.I.P.,’ featuring Tinie Tempah, was released in May 2012. In August of same year, another song, ‘How We Do (Party),’ was released. Both songs charted at number one in the United Kingdom and were later featured in her debut album, ‘Ora,’ which was published on August 27, 2012. She traveled the United States and the United Kingdom to promote her record in late 2012 and early 2013.

On May 18, 2014, she released the single “I Will Never Let You Down.” It was number one on the ‘UK Singles Chart.’ The following month, she was featured on Iggy Azalea’s single “Black Widow” off her album “The New Classic.” When it reached number three on the ‘Billboard Hot 100’ chart, it became her first top-ten hit.

‘Carry On,’ a standalone single for the film ‘Pokémon Detective Pikachu,’ in which she also starred as ‘Dr. Ann Laurent,’ was released in April 2019. She also appeared in ‘Wonderwell’ the same year as ‘Yana.’
Ora was a judge on ITV’s ‘The Masked Singer,’ a British reality singing competition series that premiered on January 4, 2020.

The debut album by Rita Ora, ‘Ora,’ reached number one on the UK Albums Chart. It was the year’s 35th best-selling album, and it was certified platinum by the British Phonographic Industry after selling 300,000 copies.

At the Embassy of Kosovo in London, Rita Ora was made an honorary ambassador for the Republic of Kosovo. Tony Blair, the former British Prime Minister, and his wife Cherie Blair were there when she was honored.

Her song ‘Grateful,’ from the soundtrack of the film ‘Beyond the Lights,’ received an Academy Award nomination. In February 2015, she performed the song at the 87th ‘Academy Awards.’

Rita Ora has had a number of romances. She was in a relationship with Andrew Watts,, and. She is currently dating Taika Waititi, who is a director. Her mother is a devout Catholic and her father is a devout Muslim. Rather than being religious, she considers herself spiritual. She had a falling out with her record label, Roc Nation, in December 2015. She filed a breach-of-contract lawsuit against the corporation, which was met with a countersuit the following month. In May 2016, they finally reached an agreement.

She considers herself a feminist and played in the London charity concert ‘Chime for Change,’ which focused on female empowerment. Ora, a philanthropist, has appeared as a special guest on numerous occasions to raise funds for cancer research and the battle against the Ebola epidemic.

Rita was 15 years old when her mother, a free-spirited woman, was diagnosed with breast cancer. She was so traumatized by the incident that she dropped out of school. Her older sister, on the other hand, persuaded her to return to school.

Rita Ora, who starred in the ‘Fifty Shades of Grey’ film trilogy, had hoped to contribute to the soundtrack of the picture. The director, on the other hand, asked her to audition for the role of ‘Mia Grey,’ and she was cast.