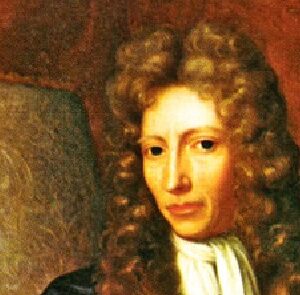 Robert Boyle was a natural philosopher, chemist, and physicist of Anglo-Irish ancestry. Boyle made significant contributions to chemistry, physics, medicine, hydrostatics, natural history, and earth sciences as one of the early pioneers of the modern experimental scientific method. He was raised in Ireland by Richard Boyle, Earl of Cork, who sent him to Eton College in England to further his education. Boyle traveled around Europe to get additional schooling experience before settling in Dorset to pursue his passion for science. He became so engrossed in his chemical experiments that when he returned to Ireland and discovered that the country was not yet ready for a scientific revolution, he relocated to Oxford. In the company of other physicists, chemists, and inventors like himself, he produced the best works of his life in Oxford. He was elected to the Royal Society of London’s Council for Improving Natural Knowledge. His book ‘The Sceptical Chemist’ is regarded as a classic in the field of chemistry, and his ‘Boyle’s Law’ is credited with making a significant contribution to science.

Richard Boyle and Catherine Fenton had Robert Boyle on January 25, 1627 in Ireland. His father was the first Earl of Cork, who moved to Ireland from England when he was young, and his mother was the daughter of the famous writer Geoffrey Fenton.

He studied at Eton College and traveled around Europe as part of his studies. In 1644, when he finished his travels, he stayed in Dorset and built a laboratory there, as he was now greatly interested in science.

After finishing his educational journeys in Europe, Boyle returned to Dorset and began working with a group of natural philosophers from the Royal Society of London known as the ‘Invisible College.’
Boyle was forced to return to Ireland in 1652, and he attempted to continue his scientific activities there, but he quickly became discouraged because Ireland was not an appropriate country to experiment with chemistry at the time due to the country’s scientific backwardness.

Boyle moved to Oxford in 1654 after dealing with Ireland’s lack of scientific temperament. He rented chambers at University College and formed the ‘Experimental Philosophy Club’ with natural philosophers and physicians.

Boyle and Robert Hooke built an air pump in 1659, which aided him in investigating air pressure and vacuum, and he published ‘New Experiments Physico-Mechanicall, Touching the Spring of the Air and Its Effects’ a year later.
In 1661, Boyle wrote his most famous work, ‘The Sceptical Chymist,’ which challenged Aristotelian and, in particular, Paracelsian ideas regarding the composition of matter and chemical analysis.

Boyle and Hooke collaborated on research into the properties of air, particularly its role in combustion, breathing, and sound transmission. They published their discovery in 1662, which became known as “Boyle’s law.”
The ‘Invisible College’ was renamed ‘The Royal Society of London for Improving Natural Knowledge’ in 1663, and Boyle was named to the council by Charles II of England’s charter of incorporation.

In 1668, Boyle left Oxford and moved to London to live with his sister, Lady Ranelagh. There, he resumed his natural philosophy writings and socialized with physicists such as Isaac Barrow and Thomas Sydenham.
He had a stroke in 1670, which rendered him paralyzed, but his health gradually improved after that. Despite being physically hampered in many ways, he continued to focus on his scientific studies.

Due to his religious beliefs, Boyle declined the chance to serve as President of the Royal Society in 1680. During this time, he published a number of scientific and religious works, including ‘Medicina Hydrostatica,’ ‘The Christian Virtuoso,’ and others.

Boyle published an empirical relation for the compression and expansion of gases at constant temperature in 1662, which became known as ‘Boyle’s law’ subsequently. It was the product of his and Robert Hooke’s scientific research of air.

Boyle’s health began to deteriorate between 1689 and 1691, and he became increasingly reclusive as it became impossible for him to visit people. He died of paralysis in 1691, just a week after his sister, with whom he had spent 20 years.

Robert Boyle’s estimated net worth is about $17 Million.

His scientist colleagues, such as John Wallis, were continuously trying to set him up for a marriage, but he was always too preoccupied with his scientific study and writings to find the time or inclination.

Boyle was buried in the St Martin-in-the-Fields churchyard, and in his will, he left a set of lectures that became known as the ‘Boyle Lectures.’ In these lectures, infidels, atheists, deists, pagans, Jews, and Muslims were pitted against Christianity.