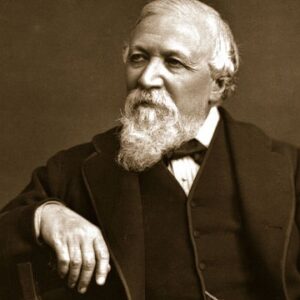 Robert Browning was an English poet and playwright who became famous for his dramatic lines in poetry and plays during the Victorian era. His father’s experiences greatly inspired his writing abilities, imagination, and style of communication. When his grandpa sent him to supervise the operations of a sugar plantation in the West Indies, he was shocked by the slavery that was being practiced there and went home after giving up the lucrative job. This enraged his grandfather, who took away his father’s share of the family money generated by the sugar plantation. As a result, Robert’s father had to sacrifice a life of luxury and work as a clerical assistant at the Bank of England. On his own pay, he built a large library with hundreds of volumes on various topics, married, and reared a family without relying on his father for financial assistance. Robert Jr. got his gift for recounting events from his father, who could tell him about many things that happened a long time ago in great detail. His dramatic monologues, in which a character conveys intimate insights to a listener, propelled him to fame as a poet. His works were initially considered too obscure by twentieth-century poets, but they finally became quite popular.

On May 7, 1812, Robert Browning was born in Walworth, Surrey, England, in the parish of Camberwell, a London suburb.

Robert Browning, Sr. was his father, and Sarah Anna Wiedemann, his mother, was the daughter of a German shipowner in Dundee, Scotland.

She was a gifted musician as well. He was his parents’ firstborn child, and he had a younger sister named Sarianna.
His father supported his family by working at the Bank of England as a clerk, earning only £150 per year. He amassed a library of about 6000 books, some of which were quite rare, which served as the foundation for the younger Robert’s education at home. He lived with his parents and sister in Camberwell till he married in 1846.
He went to a couple of private schools but found them to be completely unsuited for his goal of becoming a successful poet, so he dropped out. Instead, a tutor was recruited to assist him to study at home using books from his father’s library.

Despite having received no official schooling and being home-schooled throughout his infancy, he was an exceptionally intelligent student who read all fifty volumes of ‘Biographie Universelle.’
When he was twelve years old, he composed his first book of poems, but he burned it since he couldn’t find somebody to publish it.

By the age of fourteen, he had learned French, Greek, Italian, and Latin fluently on his own.
He enrolled in the ‘University College of London’ in 1828, the year it was founded, to study Greek, but dropped out after the first year. Because his parents were both members of the ‘Evangelical Faith,’ he was unable to attend either the ‘Cambridge’ or the ‘Oxford University,’ which were only open to members of the ‘Church of England.’

With the help of his musical talent, which he received from his mother, he had produced the arrangements for a significant number of songs and had dedicated himself to composing just poems instead of doing a formal career as his parents desired. He was financially reliant on his parents until he was 34 years old, when he married and used his father’s money to publish his poems.

Robert Browning began his literary career in 1830, but he did not have much success in his early years as a poet, despite his family’s unwavering support in helping him achieve his goal.

He wrote his first long poem, ‘Pauline, a Fragment of a Confession,’ in March 1833, after mastering the ability of crafting theatrical monologues, which drew the notice of Dante Gabriel Rosetti.

It was followed by the poem ‘Paracelsus’ in 1835, which was inspired by a visit to St. Petersburg, Russia, with Chevalier George de Benkhausen, the Russian Consul-General. Charles Dickens and William Wordsworth were among the critics who praised the book.

Browning gained access to London’s intellectual circles as a result of this poem, and he met actor William Macready, who invited him to contribute verses for his theater plays. The first play he wrote, ‘Stafford,’ was only performed five times, and the second play he wrote was never performed. The third play flopped miserably, putting an end to his friendship with Macready.

His second poem, ‘Sordello,’ published in 1840, was criticized for being excessively long and opaque, influencing assessments of poems he produced subsequently, despite the fact that they were significantly shorter.

This poem tarnished his reputation as a poet, and it took him almost a decade to regain it. For the series of eight pamphlets named ‘Bells and Pomegranates,’ published between 1841 and 1846, he moved away from the style of writing pioneered by P. B. Shelley and embraced a personal style.

When he married Elizabeth, who was six years his senior, she was a far more well-known poet. He did not write much during the wonderful years he lived in Florence, Italy, with his wife from 1846 to 1861. During that time, his only effort was to dedicate his collection of poems, ‘Men and Women,’ to her, and she reciprocated by giving him her book, ‘Sonnets from the Portuguese.’ His wife, unfortunately, died in 1861.

In 1862, he published ‘Collected Poems,’ and in 1863, ‘Dramatis Personae,’ for which he garnered critical acclaim from critics who were already sympathetic to his loss of his wife.

‘The Ring and the Volume,’ a 12-book poem composed between 1868 and 1869 based on an antique book chronicling a murder and trial in Rome, garnered him a lot of fame, and he became known alongside Alfred Tennyson as the two outstanding poets of the age.

Browning continued to create poems and dramas for another twenty years, but it was in the late 1860s that he reached the height of his poetic brilliance.

His literary clout expanded by leaps and bounds as he continued to write until his death in 1889, the day his final volume of rhymes, ‘Asolando,’ was released. After his death, he was considered as a philosopher-poet whose poem ‘Caliban upon Setebos’ represented Charles Darwin’s and other scientists’ theories of evolution.

Robert Browning is well known for the poem “The Pied Piper of Hamelin,” which was a hit with kids. It was first published in 1842 in the journal ‘Dramatic Lyrics.’ He did not think this poetry was significant at the time, but it became popular subsequently.

After returning to England in November 1868, he composed the book ‘The Ring and the Book,’ which he published in 12 volumes between November 1868 and February 1869.

In 1887, Robert Browning obtained an honorary D.C.L. (Doctor of Civil Law) degree from ‘Balliol College,’ which was affiliated with ‘Oxford University,’ and was appointed ‘Governor of London University for Life.’
He was offered the ‘Lord Rectorship of Glasgow,’ but he declined since he detested public speaking.

Robert Browning met Elizabeth Barrett, a semi-invalid and a well-known poet in her own right, in 1845 through her book of poetry named ‘Poems,’ which he appreciated greatly.

Browning married her on September 12, 1846, against her dominant father’s opposition, and eloped with her to Pisa and then Florence, Italy, a few days later.

Elizabeth’s father was so dissatisfied with the marriage that he disinherited his daughter, leaving the Brownings to rely on the fortune of her cousin.

Robert Wiedemann Barrett Browning, their son, was born to them. Browning and his son returned to England after Elizabeth’s death in 1861.

Browning’s works were so influential that the ‘Browning Society’ was created in 1881 in both England and America to further their study.

Robert Browning died on December 12, 1889, at his son’s residence in Venice, and was buried in Westminster Abbey’s ‘Poet’s Corner,’ next to Alfred Tennyson’s grave.

On the anniversary of his death in 1890, a recording of his voice delivering ‘How They Brought the Good News from Ghent to Aix’ was aired for the first time.

When he was still alive, the ‘Browning Society’ was created, which was an unusual occurrence for a poet.