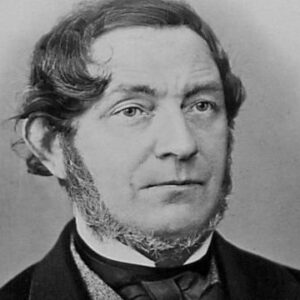 The Bunsen burner was made by the German chemist Robert Bunsen and his lab assistant Peter Desaga. He was one of the first people to study photochemistry. He was also a pioneer in gas analysis and did research in organoarsenic chemistry. He grew up in an intellectually stimulating environment because his father was a professor. He became interested in science at a young age. As an adult, he went to the University of Gottingen to study chemistry, physics, mineralogy, and mathematics. He got his Ph.D. in chemistry. He became a teacher and taught at a number of universities, including Marburg and Breslau. When he wasn’t teaching, he did experiments in the lab to keep himself busy. He was very interested in chemistry and made new discoveries and inventions by working with things like cacodyl derivatives, sodium, barium, calcium, hydrogen, and chlorine. Some of his experiments could have hurt his health or even killed him, and he was almost killed by arsenic once. In addition to being a great chemist, he was also good at making lab equipment and devices. A carbon-zinc electric cell, the grease-spot photometer, the ice calorimeter, and the Bunsen burner are just some of the many things he came up with. He never got married and spent his whole life studying science.

Robert Wilhelm Eberhard Bunsen was born in Gottingen, Westphalia, Rhine Confederation (now Germany) on March 30, 1811. He was the youngest of Christian Bunsen and his wife’s four sons. His mother was the daughter of a British-Hanoverian officer. His father was the chief librarian and professor of modern philology at the University of Gottingen.

In 1828, he finished school at the Gymnasium in Holzminden and then went to the University of Gottingen to study chemistry, physics, mineralogy, and math. Teachers like Friedrich Stromeyer, Johann Friedrich Ludwig Hausmann, and Carl Friedrich Gauss helped him learn.

He got his Ph.D. in 1831, and then he traveled in Germany, France, and Austria for the next two years. His journeys were enriching ones and he met several prominent scientists including Freidlieb Runge, Justus Liebig, Eilhard Mitcherlich, Henri-Victor Regnault, Théophile Pelouze, and César Despretz.

In 1833, he became a teacher at Gottingen, which was the start of his academic career. Right from the start, he began doing experiments in the lab. His first tests were about how well metal salts dissolved in arsenic acid. He almost died from arsenic poisoning because of the experiments, which were very risky.

Friedrich Wohler’s job at the Polytechnic School of Kassel was taken over by Bunsen in 1836. Before becoming an associate professor at the University of Marburg, he worked there for three years. In 1841, he was made a full professor.

At this point, he was getting a lot of attention for his experiments with dangerous chemicals. In 1841, he also made the Bunsen cell battery, which was one of his most important ideas. Instead of the expensive platinum electrode, it had a carbon electrode.

He was known for putting his own safety and health at risk in the name of science. In 1843, an explosion of cacodyl cyanide, a very dangerous chemical that burns on its own in dry air, caused him to lose the use of his right eye.
In 1851, he was hired to teach at the University of Breslau. There, he met Gustav Kirchhoff, who would later work with him on some important spectroscopy research.

After only three semesters at Breslau, he moved to Heidelberg to take over for Leopold Gmelin at the University of Heidelberg. He would remain at Heidelberg until his retirement in 1889.

In the years that followed, his experiments got more and more dangerous. He used electrolysis in some of his experiments to make pure metals like chromium, magnesium, aluminum, manganese, sodium, barium, calcium, and lithium.

In 1852, he worked with Henry Enfield Roscoe to study the photochemical formation of hydrogen chloride from hydrogen and chlorine. This led to the development of the reciprocity law of Bunsen and Roscoe.

In the mid-1850s, he and Peter Desaga, his lab assistant, worked together to make a special gas burner with a very hot and clean flame. The name of the burner has changed to “Bunsen burner.”

In 1859, he worked with Gustav Kirchhoff to study the spectrum of light given off by heated elements. This field of study is called spectrum analysis. They came up with a prototype spectroscope that could show the unique spectra of sodium, lithium, and potassium. They also showed that highly pure samples had their own spectra.

In 1868, he came up with ways to separate the palladium, ruthenium, iridium, and rhodium that are left in ores after platinum has been taken out. During this time, he also worked with Victor Meyer on a study of the mineral water of Baden that was paid for by the government. The results of this study were published in 1871.

Robert Bunsen and his lab assistant, Peter Desaga, came up with a burner that makes a single open gas flame that can be used to heat, sterilize, and burn things. The burners are called “Bunsen burners,” and they are used in labs all over the world.

He came up with the Bunsen cell by making changes to William Robert Grove’s Grove cell. Bunsen took the expensive platinum cathode out of the Grove cell and put carbon in the form of pulverized coal and coke in its place.

In 1853, the Académie des Sciences made him a corresponding member, and in 1882, they made him a foreign member.
In 1860, the Royal Swedish Academy of Sciences chose Bunsen as an outside member. In the same year, the Royal Society of London gave him the Copley Medal.

In 1877, Bunsen and Kirchhoff were the first people to receive the prestigious Davy Medal “for their research and discoveries in spectrum analysis.” In 1898, he was given the Albert Medal “in recognition of his many and most valuable applications of chemistry and physics to the arts and manufactures.”

Robert Bunsen never married. He worked hard at his job and was a scientist who was well-known and loved by many. As a teacher, he loved his students, and they loved him back.

He did things right up until the end of his life. At age 78, when he retired, he became interested in geology and mineralogy. He died on August 16, 1899, when he was 88 years old.