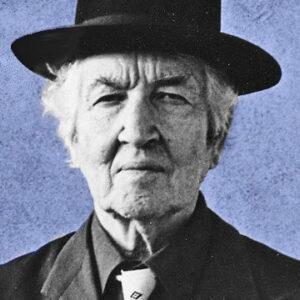 Robert Graves was an English poet and novelist who lived in the 20th century. His war memoir “Good-Bye to All That” is his best-known work. During his life, he wrote more than 140 books. His memoirs and interpretations of Greek myths were especially well-known. Several of his well-known books have never stopped being sold. He was also a well-known translator of ancient Greek and Latin texts. He was born into a middle-class family in England, and when he was a student at Charterhouse School, he started writing poetry. From a young age, he was outspoken, serious, and interested in intellectual things. During World War I, he served in the army and became known as a war poet. During the war, he was hurt badly by a piece of shell, and he also had other health problems. After the war, it was hard for him to make a living, but after a few years, he became a successful writer. His intense and interesting memoirs and historical novels both got a lot of praise from critics. He went through a lot of hard times in his life, which made his later poetry more moving and sad. People say that his sad love poems are some of the best written in the 20th century.

Robert von Ranke Graves was born on July 24, 1895, to a middle-class family in Wimbledon, Surrey, England. Alfred Perceval Graves, an Anglo-Irish poet, songwriter, and folklorist, and Amalie von Ranke, his father’s second wife, were his parents. He was one of four children.

As a young boy, he went to six preparatory schools, including King’s College School in Wimbledon, Penrallt in Wales, Hillbrow School in Rugby, Rokeby School in Kingston upon Thames, and Copthorne in Sussex.

In 1909, he won a scholarship to go to the well-known Charterhouse, where he started writing poetry. He was also very good at boxing, and at both welterweight and middleweight, he was the school champion. He won a classical exhibition at St. John’s College, Oxford, during his last year at Charterhouse. But World War I broke out before he could start at the college.

When World War I started in 1914, Robert Graves joined right away and was given a commission in the Royal Welch Fusiliers. His first book of poems, “Over the Brazier,” came out in 1916, and he became known as a war poet very quickly.

During the Battle of the Somme, a piece of shell hit him and hurt him badly. His wounds were so bad that everyone thought he would die, and he was officially said to have died from his injuries. But he lived, even though his health was still fragile. His time in the army was over in 1918, but the things he had seen and done during the war continued to bother him for years.

Robert Graves went to Oxford University in 1919. He changed his major from Classics to English Language and Literature, but he kept his Classics exhibition. During this time, he met a number of well-known people. T.E. Lawrence, who was a Fellow of All Souls’ at the time, was the most famous of these people, and they talked about modern poetry.

In 1926, he got a job at Cairo University. During this time, his personal life was very rough. He split up with his wife and moved in with the poet Laura Riding in Deià, Majorca. The couple then started a literary magazine called “Epilogue” and wrote two academic books called “A Survey of Modernist Poetry” (1927) and “A Pamphlet Against Anthologies” (1928).

In the late 1920s, he also wrote the best-selling biography of T. E. Lawrence, “Lawrence and the Arabs,” and his autobiography, “Goodbye to All That,” which made him a well-known author.

His writing was at its best in the 1930s. “I, Claudius,” a historical novel he wrote in 1934, was not only his best-selling book but also got high marks from critics. The next book was called “Claudius the God” (1935).

He became Oxford’s Professor of Poetry in 1961 and stayed in that job until 1966. He worked with Omar Ali-Shah on a new translation of the Rubaiyat of Omar Khayyam in 1967. But when it was found out that the manuscript Ali-Shah and Graves used was fake, there was a lot of disagreement about this translation. This scandal did a lot of damage to his reputation.

“Good-Bye to All That,” a book about Robert Graves’s life as a British army officer in World War I, is one of his best-known works. The book talks about things like how patriotism isn’t enough, the rise of atheism, feminism, socialism, pacifism, and so on.

In 2005, “Time” picked his historical novel “I, Claudius” as one of the 100 best English-language books written between 1923 and the present. It is written in the style of the Roman Emperor Claudius’ autobiography, and it tells the history of the Julio-Claudian Dynasty and the Roman Empire.

The James Tait Black Memorial Prize for fiction was given to Robert Graves in 1934 for both “I, Claudius” and “Claudius the God.”
In 1985, a slate stone was placed in Westminster Abbey’s Poet’s Corner to honor him and 15 other poets who wrote about the First World War.

The painter William Nicholson’s daughter, Nancy Nicholson, was Robert Graves’s first wife. Four children came from the marriage. He fell in love with a poet named Laura Riding and broke up with Nancy to be with her.
Before they broke up, Robert Graves and Laura lived and worked together for a long time. Their breakup was just as unpredictable as their relationship.

Then he started dating Beryl Hodge, who was married to another writer, Alan Hodge. In 1946, he moved in with her. When they finally got married, they had four more children together.
In his later years, he lost his memory. He died of heart failure on December 7, 1985, at the age of 90.

Robert is one of the wealthiest poets and is on the list of the most well-known poets. Based on what we know and what Wikipedia, Forbes, and Business Insider say, Robert Graves is worth about $1.5 million.