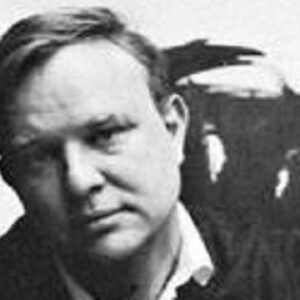 Robert Motherwell was a well-known American painter and writer. Initially, he aspired to be a philosopher and pursued his studies to that end. However, he was eventually guided onto the road of art and painting by his instructor, Meyer Schapiro, and went on to pursue it as a vocation. Robert Motherwell was a key figure in the group of artists that pioneered and promoted ‘Abstract Expressionism,’ a style that defied traditional artistic conventions. His intellect aided him not only as an artist, but also as one of the most famous authors, editors, and proponents of the superior postwar movement known as the ‘New York School.’ His contribution to talks on American Abstraction was crucial in combining key concepts like psychoanalysis and automatism. He created art, taught at universities, worked as a writer and editor, and had exhibitions all across Europe and the United States over his career. Many people considered him to be one of the best American Abstract Expressionist painters of his period.

He was strongly affected by the works of James Joyce, Mallarmé, Edgar Allan Poe, and Octavio Paz while at Stanford University, where he was exposed to numerous ideas such as modernism and the concept of symbolism in art.
On his father’s insistence, he went on to earn a PhD in Philosophy from Harvard University. On the encouragement of composer Arthur Berger, he moved to New York in 1940 to study Art History at Columbia University under the direction of artist Meyer Schapiro.

Meyer Schapiro encouraged Robert Motherwell to pursue art and set up his study with Kurt Seligmann, a painter. He was also introduced to a group of exiled surrealist painters, which proved to be immensely beneficial to his artistic development.
He had the opportunity to travel to Mexico with painter Roberto Matta in 1941, and as a result of that trip, he decided to pursue painting as a career.

During his trip to Mexico, he drew sketches that subsequently became part of his first significant works, such as ‘Little Spanish Prison’ (1941), ‘Dead and Alive’ (1943), and others.

Robert Motherwell was influenced by Roberto Matta’s automatic sketching style, which may be seen in his early works from Mexico. During his travels, however, he met painter Wolfgang Paalen, and as a result of his friendship with him, Robert Motherwell’s style shifted to include ‘Abstract Expressionism.’

He befriended well-known painters Willem de Kooning, Jackson Pollock, Hans Hofmann, and William Baziotes after returning to New York in 1942. He did note, however, that while American artists could paint beautifully, there was no creative principle at work in their work.

Robert Motherwell was a key figure in the development of Abstract Expressionism in the early 1940s. Roberto Matta, Pollock, de Kooning, Hofmann, Kamrowski, and Busa were among the artists who backed him up.
He was featured in the Whitelaw Reid Mansion’s ‘First Papers of Surrealism’ exhibition in New York in 1942.
He served on the board of editors for the magazine ‘VVV’ from 1942 to 1944, as well as contributing to the art magazine ‘DYN.’

He was named editor of the Documents of Modern Art Series of Books in 1944. He contributed to the literature on Modern Art while he was in this role. His solo exhibition was shown at Peggy Guggenheim’s Art of This Century gallery in New York the same year.

Robert Motherwell became a voice for avant-garde art in America over the next few years. Popular painters such as Barnett Newman, Herbert Ferber, and Mark Rothko were among his group of acquaintances, with whom he founded the ‘Subjects of Artist School’ between 1948 and 1949.
He also held solo shows at the San Francisco Museum of Art and the Arts Club of Chicago during this time, as well as participating in the ‘Fourteen Americans’ exhibition at the Museum of Modern Art in New York.

He began working on the theme ‘Elegy to the Spanish Republic’ in 1948, which he described as a mourning following the Spanish civil war. Until his death, he continued to develop this theme.

Robert Motherwell taught in colleges such as Hunter College in New York and Black Mountain College in North Carolina in the 1950s. He influenced and mentored artists and painters such as Cy Twombly, Kenneth Noland, and Robert Rauschenberg. He also worked on ‘The Dada Painters and Poets: An Anthology’ and maintained his literary contributions to the Documents of Modern Art Series (1951).

He worked on paintings that reflected his most private feelings between 1954 and 1958, and he is believed to have inserted the words ‘Je t’aime’ in his works.

Between 1958 and 1959, he was a participant in the Museum of Modern Art’s ‘The New American Painting’ exhibition, and he traveled to Spain and France.

His exhibitions were shown in America and Europe during the 1960s. In 1962, he spent months at an artists’ colony in Massachusetts, where the coastline served as inspiration for the ‘Beside the Sea’ series of 64 paintings.
He visited Brussels, London, Essen, Turin, and Amsterdam in 1965 as part of an exhibition at the Museum of Modern Art. He also worked on the ‘Lyric Suite’ in the same year, using Japanese paper, often known as Rice paper.
He began work on the ‘Open series’ in 1967, which was inspired by the chance proximity of huge and tiny canvas. This project occupied him for nearly two decades and included only a few color planes. They became more complicated as the series went.

Robert Motherwell visited several retrospective exhibitions in Europe during the 1970s, including Stockholm, Düsseldorf, Vienna, Edinburgh, Paris, and London.
In 1977, he was commissioned to paint a mural for the National Gallery of Art’s new wing in Washington, D.C.

In 1983, retrospective exhibitions of his art were staged around the United States, beginning in New York and moving on to Seattle, Los Angeles, Washington, D.C., and San Francisco.
In 1988, Robert Motherwell collaborated with Arion Press publisher Andrew Hoyem on a limited edition of James Joyce’s novel “Ulysses,” creating 40 etchings for the project.

Robert Motherwell was noted for his ‘abstract expressionism’ style of painting. His painting series ‘Open’ and ‘Elegy to the Spanish Republic’ are among his most popular works.

In 1941, Robert Motherwell met and married Maria Emilia Ferreira y Moyeros, an ambitious actress and writer. In 1949, the couple divorced.

He married Betty Little in 1950, and the pair had two daughters together. The marriage, however, ended in divorce.
He married painter Helen Frankenthaler in 1958, and their marriage lasted until 1971, when they divorced once more.

He married Renate Pensold, a photographer and artist, in 1970.
Robert Motherwell died on July 16, 1991, at the age of 76, in Provincetown, Massachusetts.

Robert is one of the wealthiest painters, as well as one of the most popular. Robert Motherwell’s net worth is estimated to be $1.5 million, according to Wikipedia, Forbes, and Business Insider.