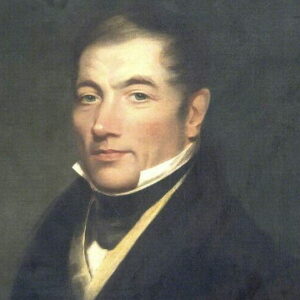 One of the founding fathers of utopian socialism, Robert Owen, was a man far ahead of his time. He was a successful textile mill owner who cared just as much — if not more — about the quality of life his employees and community members enjoyed as he did about the income he earned. He was a bright young child who excelled in school and enjoyed reading from an early age. From an early age, he was obliged to labor in a textile mill and grew up observing working-class life. He was a hardworking and ambitious young man who, by the age of 21, had advanced to the position of mill manager. He joined the Manchester Literary and Philosophical Society and was highly affected by philosophers’ and reformers’ views. He eventually rose to become the manager and co-owner of Glasgow’s New Lanark mill, which was a huge success. He was determined, as the manager of such a vast firm, to improve the quality of life for his staff. He instituted a number of revolutionary reforms, including the prohibition of child labor, the provision of health care and education to the children of workers, and the creation of a better community. He was an early proponent of working-class social changes and was seen as an enlightened boss.

He was the sixth of seven children born to Robert Owen, a minor merchant who was also named Robert Owen. Anne Williams was his mother’s name.
He only attended school for a few years before being assigned to a drapery shop.

He relocated to Manchester and went to work at Satterfield’s Drapery. He was extremely efficient and possessed exceptional management skills. By the age of 21, he had worked his way up to mill manager at Chorlton Twist Mills.

He joined the Manchester Literary and Philosophical Society in 1793, where he advocated progressive reform and enlightened principles. Around the same time, he became a member of the Manchester Board of Health, which promotes factory worker health and working conditions.

During his career, he met a number of textile entrepreneurs, including David Dale, the owner of Chorlton Twist Company in New Lanark. He married Dale’s daughter and joined the mill as a partner.

In 1799, he purchased the mill from Dale. Although the mill was profitable, Owen believed that genuine success rested not just in increasing revenues but also in improving the mill workers’ lifestyles.

When Owen took over the company, the employees’ working conditions were appalling. Prior to his arrival, the employees were compelled to buy low-quality rations, so he created a store where they could buy high-quality food.

He was particularly worried about the kids. He established the concept of newborn childcare by prohibiting very young children from working. He also made sure that the elder kids attended school and got a good education.

He implemented numerous innovations in his factory, many of which necessitated significant financial investments. In order to focus more on his philanthropy, he sold his firm to like-minded persons Jeremy Bentham and William Allen.

He wanted to inform people about how children were handled at his factory so that others could follow in his footsteps. ‘The Formation of Character’ (1813) and ‘A New View of Society’ (1814) are two of his publications on education and social reform (1814).

He wanted his ideas and plans to be put into action on a big scale, therefore in 1815, he filed specific proposals to Parliament about manufacturing improvements. In April 1816, he went before Robert Peel and his House of Commons committee.

His factory work and efforts to improve the working class’s lot in life inspired parliament to pass the Factory Act of 1819. He became a well-known personality in the social reform movement, and New Lanark became a magnet for social reformers, statesmen, and royal officials.

New Lanark garnered international acclaim for its social changes while he was in charge. It offered a creche for working mothers, free health care, children’s education, and adult evening programs, among other things. There were also plans in place for recreational activities.

In 1835, he founded the Grand Nationwide Consolidated Trades Union, which was the first attempt in the United Kingdom to build a national union confederation. He served as the organization’s founding father.

Along with Henri de Saint-Simon and Charles Fourier, he was a co-founder of utopian socialism. He envisioned a utopia in which social democratic movements coexisted with materialistic societal conditions. He was a major influence on future socialists such as Karl Marx.

He married Caroline Dale, the daughter of David Dale, the man from whom he purchased the textile mills at New Lanark. The couple had eight children, seven of whom reached adulthood.
At the age of 87, he died on November 17, 1858.

Robert Owen is one of the wealthiest activists and most well-known activists. Robert Owen’s net worth is estimated to be $1.5 million, according to Wikipedia, Forbes, and Business Insider.