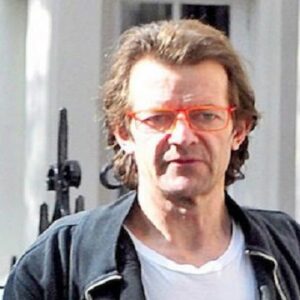 Robie Uniacke is a British businessman and mathematician who is most known for being the long-term partner of ‘Gone Girl’ actress Rosamund Pike. Robie Uniacke’s ‘astute mind,’ according to Rosamund Pike, has helped her focus on her career and mold the way she approaches her roles. He inspires her with his “wit, intelligence, and irreverence,” according to the actress, who also credits him with making her fearless. According to a story in the ‘Dailymail UK,’ Robie Uniacke, a businessman, was in command of as many as three corporations in 2008. Pale Fire Ltd, an IT consulting firm, was founded by him in 2010. The company, however, was deemed insolvent and was liquidated in 2016.

While most facts regarding Robie Uniacke’s early job as a businessman or his hazy reputation as a “mathematical researcher” are unclear, he had a string of failed romances, much like her future spouse Rosamund Pike, which became public after they began dating in 2009. Everything about him, from his drug addiction to his two failed marriages, was exposed in international media. Despite this, he has managed to retain a low profile, except for outings with the actress and their children on rare occasions.

Robie Uniacke was born in the United Kingdom in 1961. He attended Eton College in Windsor, England, for his education. Since he was a child, he has been fascinated with mathematics. He also speaks Mandarin quite well.

Robie Uniacke’s first marriage was to Emma Howard, the 30-year-old daughter of the late Earl of Carlisle, whom he married when he was 22 years old in 1983. Robie Jonjo Uniacke is their only child. However, it was an unpleasant marriage that lasted only a few years and required both of them to undergo rehabilitation owing to chronic heroin addiction. He married Rose Batstone, an interior designer, and they had three children: Hector, Olive, and Florence Uniacke. Unfortunately, neither marriage lasted very long. Olive, his daughter, is a close friend of Daniel Radcliffe, the star of “Harry Potter.”
Robie began dating actress Rosamund Pike in late 2009, according to some accounts. She had a few of bad relationships in the past, including one with film director Joe Wright, which ended after an alleged argument about ‘pre-wedding postcards,’ and another with actor Simon Woods, who came out as gay two years into the relationship. This time, though, she was drawn to a considerably older man from outside the entertainment world because he was “the most interesting person I’ve ever met,” as she put it. He is said to be “articulate and harsh” when it comes to the roles she takes on, and he frequently assists her in reining in her tendency to “think there is more on the page than there is.”
Solo Uniacke was born on May 6, 2012, and Atom Uniacke was born on December 2, 2014. The pair has been together for about a decade and has two kids together: Solo Uniacke was born on May 6, 2012, and Atom Uniacke was born on December 2, 2014. Pike told ‘Vogue’ following the birth of her first kid that it was exciting to violate the rules by having a baby without being married, and the couple isn’t in any hurry to get married. Robie, who has been married twice, has also been seen wearing T-shirts with slogans like “marriage is homosexual.” He is renowned as a Sinophile who speaks almost solely in Chinese to his children. Solo, even at the age of four, was able to translate Chinese for Pike during their visits to Beijing, according to Pike.

‘Dailymail UK’ revealed that Robie Uniacke had been banned as a corporate director after confessing to a variety of breaches during the investigation into the collapse of his company Pale Fire Ltd, just as Rosamund Pike’s new picture ‘Entebbe’ opened theaters in May 2018. He had also failed to pay a total of £179,602 in taxes to HMRC, according to the report. The account of his disbanded company was overdrawn by £133,000, according to the liquidator’s report. It further indicated that he has no other sources of income or assets other than a £25,000 offer from a third party “in complete and final payment of the overdrawn…account.” While the liquidator accepted his offer, he was required to sign a “schedule of unfit conduct” admitting that he failed to ensure that his company complied with “statutory obligations” and caused it to “trade to the detriment of HMRC” on VAT and corporation tax as part of the disqualification process. He also admitted to making no payments to HMRC since July 2012, despite receiving £260,508 in his account over the following two years. Furthermore, he spent £144,060 on personal expenses, £10,514 on cell phones, and £25,154 on various payments and bank charges, according to his own account.