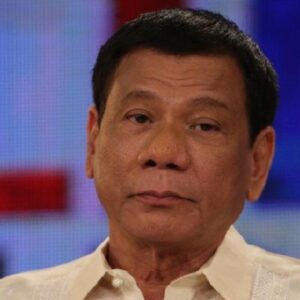 Rodrigo Duterte, the Philippines’ sixteenth President, has been in office since June 2016. He spent the majority of his life in Davao City, where he was born into a politically prominent family. He then became Mayor of Davao, where he served for seven terms totaling more than 22 years. He was elected President of the Philippines in 2016 after winning a large mandate. Because it is illegal in the Philippines to hold a public office for more than three consecutive terms, after spending three terms as Mayor of Davao, he also served as Congressman of Davao City’s 1st District and Vice Mayor of the city. His capacity to connect with the public, which he mastered in school, is the key to his success. To his detractors, he is a foul-mouthed adulterer obsessed with assassinating criminals, yet millions of his compatriots adore him for it. They regard him as the Philippine leader who will rid the country of the two threats that have plagued their lives for so long: crime and drugs.

Rodrigo Duterte was born in Maasin, Philippines, on March 28, 1945. Vicente G. Duterte, his father, was a Cebuano lawyer. Later, he served as the acting mayor of Danao and then as the provincial governor of Davao province, which was still undivided at the time.

Soledad Roa, Rodrigo’s mother, was a schoolteacher and civic leader. Rodrigo was the second of five children born to his parents. Eleanore, his older sister, was the oldest, while Jocelyn was the youngest. Two brothers, Emmanuel or Blue Boy, and Benjamin or Bong, stand between him and Jocelyn.

Rodrigo, also known as Digong, began his education at Maasin’s Laboon Elementary School. However, the family relocated to Davao City within a year, and he was admitted to Santa Ana Elementary School, where he graduated in 1956.

His high school education was anything but easy. He was finally admitted to the High School Department of the then Holy Cross College (now Cor Jesu College) in Digos after being ejected from two schools for misbehaving. He eventually completed his education there.

He wasn’t a bad student, mind you. He simply enjoyed hanging out with city thugs and became streetwise as a result of their terminology and demeanor. Despite the fact that it caused him a lot of trouble at school and cost him a lot of punishment at home, the experience eventually helped him connect with the people.

He was moved to Manila after graduating from high school and was accepted into the Lyceum of the Philippines University. He earned a Bachelor of Arts in Political Science from the university in 1968.

He then went on to San Beda College of Law in Manila, where he graduated in 1972. He also passed the bar test the same year.

Rodrigo Roa Duterte started his profession as a bartender in Davao City. In 1977, he was appointed Special Counsel at the City Prosecution Office, where he remained until 1979.

Meanwhile, in 1983, the People’s Power Revolution began, which culminated in the overthrow of Ferdinand Marcos’ dictatorial administration and the restoration of democratic institutions in the Philippines in 1986. Duterte was appointed Officer-in-Charge Vice Mayor for the City of Davao in the same year.

He ran for Mayor of New York City in 1988 and was elected. He won two more terms after that, and remained in office until 1998. During this time, he set an example by appointing deputy mayors from the Lumad and Moro communities, a practice that other cities followed.

He was unable to run for mayor in 1998 since the country’s law prohibits anyone from serving in any civic position for more than three consecutive terms. As a result, Duterte decided to run for the House of Representatives, which he won.

He was a member of the Laban ng Makabayang Masang Pilipino alliance and served as the Congressman of Davao City’s 1st District from 1998 to 2001, a job he despised. As a result, in 2001, he ran for mayor of Davao for the second time.

He went on to win three more terms in a row after that (2001, 2004 and 2007). Davao City’s situation improved in every way during this time period. It received the National Literacy Hall of Fame Award three times for being the best local government unit in a highly urbanized city.

Furthermore, Duterte was never limited to his office. He worked on the street and was frequently seen leading from the front, riding his large motorcycle with a convoy of M16 guns trailing after him. As a result, throughout his leadership, the crime rate dropped dramatically.

His drug fight was far more important. He also enacted anti-smoking regulations, prohibiting the sale, serving, and consumption of alcoholic beverages from 1:00 a.m. to 8:00 a.m. He also introduced a bill on women’s rights, which aimed to abolish gender discrimination and promote women’s rights.

After serving three years as Mayor of Davao City, he was once again forbidden by law from seeking for the same position in 2010. As a result, he ran for Vice Mayor, while his daughter Sara Duterte-Carpio was elected Mayor.

He stood for Mayor of Davao City again in 2013 and was elected. He then went back to work on ridding the city of crime. He had previously declined four times to become Interior Secretary, preferring to serve his city, but he had recently developed an interest in national politics.

Duterte called for the formation of a federal government in 2014, stating that it would embody the aspirations of the Pilipino people, including the numerous tribes. The following year, he was approached about running for President.
He was initially hesitant, citing a lack of campaign funding and political infrastructure as reasons for his hesitation. He accepted only after his daughter Sara Duterte-Carpio shaved her head in protest.

On May 9, 2016, the General Election was held. Rodrigo Duterte of the Partido Demokratiko Pilipino–Lakas ng Bayan party was named President-elect of the Philippines by the 16th Congress of the Philippines on May 27, 2016. He received 16,601,997 votes (39.01 percent), 6.6 million more than his next competitor.

On June 30, 2016, President Duterte took office. He now resides in Manila as President of the Philippines, but travels to Davao City once a week.

As Mayor of Davao City, Duterte embarked on one of his most important projects: the drug war. Despite accusations of human rights violations and extrajudicial killings, he was able to eliminate the threat and rid the city of drugs.

He also had a 12-million dollar drug rehabilitation and treatment center erected with local monies. It is open 24 hours a day, 7 days a week. In 2003, he proposed a proposal that would pay drug addicts a monthly allowance of $2,000 if they approached him and committed to stop using drugs.

He also initiated a war on crime as Mayor. During his time in office, the crime rate dropped dramatically. While the rate was in the triple digits per 1000 persons in 1985, it dropped to 8.0 instances per 1000 from 1999 to 2005. Times Magazine dubbed him “The Punisher” because of his relentless extermination of criminals.

Rodrigo Duterte married Elizabeth Abellana Zimmerman, a German-American flight attendant, in 1973. Paolo, Sara, and Sebastian Duterte are their three children. Paolo and Sara went into politics, while Sebastian went into business.
Duterte was not a devoted spouse. He was open about his infidelity and philandering even while married to Zimmerman. As a result, Zimmerman sought for annulment in 1998, which was granted in 2000. They remained friends, though, and she continues to use her former husband’s surname Duterte because their marriage was not annulled by the Roman Catholic Church.

Duterte formed a friendship with Cielito Avancea, a Filipino businessman and former nurse, in the mid-1990s. She then became his common-law wife, and the two currently reside in Manila. Veronica is their daughter’s name.
Duterte used to be a heavy smoker, but he quit for health reasons. He now has Thromboangiitis obliterans, a disease characterized by recurrent progressive inflammation and thrombosis of blood arteries in the hands and feet as a result of it.

Duterte has his own style of doing things. He allegedly forced a foreigner to consume the butt of a cigarette he had been smoking in contravention of a rigorous anti-smoking law.
Duterte is uninterested in receiving accolades. He was nominated for the City Mayor Foundation’s ‘World Mayor Award’ in April 2014, but he declined, stating that he had merely been doing his job.