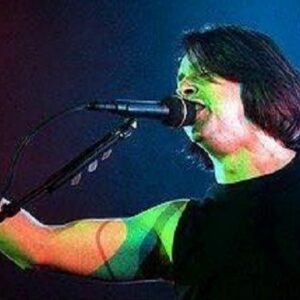 Roland Jaime Orzabal de la Quintana is a well-known co-founder of the band Tears for Fears and an English musician, vocalist, songwriter, and record producer. He is not just the band’s primary songwriter and singer, but he also makes popular records for other musicians. He has recorded successful albums including “The Hurting,” “Songs from the Big Chair,” and “The Seeds of Love” with his bandmate Curt Smith. One of the most popular pop rock bands of the 1980s, Tears for Fears have sold more than 30 million albums worldwide. Sadly, Orzabal and Smith had a heated argument that caused the former to leave the band in the early 1990s. But upon the release of his comeback album, “Elemental,” he rejoined the group. Two-time Ivor Novello Award winner Orzabal is known for his songwriting prowess in the business. He released “Sex, Drugs & Opera,” a romantic comedy, as his debut book in 2014. He recently went on tour in North America with the band, and he is still very much associated with them. The group performed its first full-length UK show in 2005 in London in 2017.

In Havant, Hampshire, the UK, on August 22, 1961, Roland Orzabal was born. His mother is English, but his father, Paris-born George Orzabal de la Quintana, is French. He is of Spanish and Basque ancestry, as Roland’s grandpa was born in Buenos Aires, Argentina, the son of Basque emigrants.

His father suffered a psychological breakdown when he was three years old, leaving him for an extended length of time semi-bedridden. Later, his mother, a dancer, and his father launched an entertainment company.

After enrolling at Bath’s Culverhay School, he joined the Zenith Youth Theatre Company. When both were in their early teens, he made friends with Curt Smith, who would later become a bandmate, in Bath.

Throughout his early years, Roland, who struggled with his father, leaned heavily on books. He read about the screaming treatment developed by Arthur Janov, which he used to face his concerns.

The “mod” (a subculture that started in London in 1958) music group Graduate was founded by Roland Orzabal and Curt Smith in the late 1970s. The members of the group fell out after the release of their debut album, “Acting My Age,” and the group was broken up.

In 1981, Roland and Smith went on to create the pop rock band Tears for Fears. The Hurting, the group’s first studio album, was released in 1983, with Roland serving as both the lead vocalist and the primary lyricist.

Songs from the Big Chair, their second album, was released in 1985. It featured popular songs including “Shout” and “Everybody Wants to Rule the World.” The third album by Tears for Fears, “The Seeds of Love,” was released on September 25, 1989, and it quickly attained platinum status worldwide.

Smith wanted to slow down the pace of their work, whereas Orzabal was more ambitious, therefore the two split ways in 1991. However, during the 1990s, Orzabal continued to go by the name “Tears for Fears.” In 1992, he released the smash song “Laid So Low (Tears Roll Down)” to support the band’s greatest hits album, “Tears Roll Down (Greatest Hits 82-92).

Despite the fact that the album “Elemental” was really a solo effort, Roland released it under the Tears for Fears moniker in 1993. The popular song “Break It Down Again” was featured. He issued another album in 1995 titled “Raoul and the Kings of Spain.” The record, which was influenced by Latin music, did not have much popularity. Sony decided not to renew its contract with Tears for Fears as a result.

He collaborated on the album “Love in the Time of Science” by Icelandic singer-songwriter Emiliana Torrini in 1999.
After a few unsuccessful individual endeavors, Roland and Smith got back together in 2000 and began composing a new record. In less than six months, fourteen songs were written and recorded.

In September 2004, the album “Everybody Loves a Happy Ending” was released. The album’s song “Who Killed Tangerine?” was featured in the motion picture “Fever Pitch.”

The romantic comedy book “Sex, Drugs & Opera” by Roland Orzabal was released in 2014. It portrayed the tale of a semi-retired pop artist who, in an effort to revive both his marriage and his career, auditions for the reality series “Popstar to Operastar.” His personal experience of being contacted by the ITV show, even though he chose not to join, served as inspiration for the plot.

In the second week of release, Major Works Tears for Fears’ debut album, “The Hurting,” peaked at the top of the UK Albums Chart.

Within three weeks of its release, BPI awarded the album a Gold certification; it attained Platinum status in January 1985. “Mad World,” “Change,” and “Pale Shelter,” three of the album’s singles, were hits and peaked in the UK’s Top 5.

Songs from the Big Chair, the album, debuted at the top of the US Billboard 200 and was certified multiple platinum in both the US and the UK. Everybody Wants to Rule the World and Shout, two tracks, peaked at number one on the Billboard Hot 100.

The band’s epic tone was still present on “The Seeds of Love,” despite the album’s jazz, blues, and Beatles influences. It entered the Top 10 in numerous other nations, including the US, and peaked at number one on the UK Album Chart. Additionally, it received Platinum certification in a number of nations, including the US, France, Germany, Canada, the UK, and the Netherlands.

The album “Elemental” reached the top 30 in several other countries as well as the top 10 in the UK, France, and Italy. With over 500,000 copies sold, it also received a Gold disc. Response to the singles “Cold,” “Elemental,” and “Goodnight Song” was average.

The Tears for Fears album “Songs from the Big Chair” single “Everybody Wants to Rule the World” won the Brit Award for Best British Single in 1986.

As a songwriter, Roland Orzabal has won the Ivor Novello Award twice. His first honor came in 1986 for “Songwriter of the Year” for Tears for Fears’ second album, “Songs from the Big Chair,” and his second came in 2003 for penning the best-selling UK single of that year.

The British musician, composer, and record producer Roland Orzabal has a $20 million net worth. In August 1961, Roland Orzabal was born in Portsmouth, Hampshire, England, United Kingdom. He continues to be best recognized for being a founding member of the successful 1980s North American and European band Tears for Fears.

In 1985, a cartoon about Orzabal’s tense relationship with his father appeared in the UK tabloid “The Sun.” Later, he had the cartoon recreated as the cover art for one of his singles, “I Believe.”