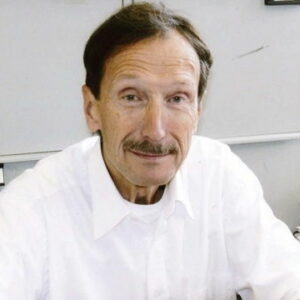 Rolf Martin Zinkernagel is a renowned Swiss immunologist who shared the Nobel Prize in Physiology or Medicine in 1996 with Peter C. Doherty “for their findings concerning the specificity of cell mediated immunological defense.” Zinkernagel planned to work with leprosy patients in Africa after getting his medical degree, but he was turned down. He then tried his hand at surgery at a nearby hospital, but quickly concluded he wasn’t made out for it. As a result, he went to the University of Basel to get his M.D. and then went to the University of Lausanne for post-doctoral work. He became interested in immunology while working in Lausanne and wanted to pursue additional studies in this field. Finally, at the Australian National University, he acquired such a scope and traveled to Canberra. He discovered how T-cells recognize virus-infected host cells and destroy them there, working with Peter Doherty. Their research also shed information on the main histocompatibility complex’s function. They were awarded the Nobel Prize for this work some two decades later. Zinkernagel spent the final years of his career at the University of Zurich, where he continued to research immunological protection and immune pathology. Finally, in 2008, he retired; nonetheless, he continues to work in other positions, attempting to advance biomedical research in Europe, particularly in Switzerland.

Rolf M. Zinkernagel was born in Riehen, a town near Basel, Switzerland, on January 6, 1944. His mother was a laboratory technician and his father was a PhD in biology who worked for a large pharmaceutical business in Basel.

Rolf began his studies at a Riehen public school. Later, he attended Basel’s Mathematisch-Naturwissenschaftliches Gymnasium. He took four years of voluntary Latin because the school placed a greater emphasis on science and did not teach Latin as an obligatory subject, despite the fact that it was still deemed necessary for pursuing law or medicine.

He obtained his matura in 1962. (high school exit certificate). He chose medicine since it offered a larger range of career options, and he enrolled at the University of Basel.

The following several years were difficult. He had to first get his matura in Latin. He had to undertake his military service in addition to his medical courses. He overcame all of these obstacles and passed the National Board Examination at the University of Basel’s Faculty of Medicine in 1968.

Zinkernagel then decided to travel to Africa to work with and study leprosy sufferers. He applied to a number of international organizations, including the World Health Organization, but was turned down owing to a lack of expertise. As a result, on January 1, 1969, he began working in a local hospital’s surgery department.

He quickly recognized that surgery was not an option for him. As a result, in the same year, he enrolled at the University of Basel’s Institute of Anatomy to study capillary growth in the epiphysis of the long bones, eventually earning his M.D. in 1970. His thesis focused on the clinical aspects of brachial plexus neuritis.

A Career of Rolf M. Zinkernagel

Despite the failure of the initial study, he was able to gain some favorable data on the role of Immunoglobulin-A obtained from hyper-immunized cows. This work inspired him to seek a second postdoctoral appointment.

With a Visiting Fellowship from the Swiss Foundation, he joined the Department of Microbiology at the John Curtin School of Medical Research at Australian National University (Canberra) in 1973. Here, he secured a spot in Peter Doherty’s laboratory and began researching on immunology.

Simultaneously, he began work on his doctorate, which he received in early 1975. The involvement of the H-2 gene complex in cell-mediated immunity to viral and bacterial infections in mice was the title of his dissertation article.

He also began working with Peter Doherty on immunological responses in mice to the lymphocytic choriomeningitis virus at the same time. They then revealed how immunological T-cells recognize virus-infected host cells, as well as the role of the major histocompatibility complex (MHC) (MHC).

Zinkernagel became an Associate Professor (Associate Member) in the Department of Immuno-pathology at Scripps Clinical Research Institute in La Jola, California, in 1976. He also taught at the University of California, San Diego’s Department of Pathology.

He was promoted to full Professor (Member) at Scripps in 1979. He investigated T cell maturation and repertoire formation in the context of transplanted antigen expression in the thymus.

Zinkernagel returned to Switzerland in the fall of 1979, not long after becoming a full member of Scripps. He was appointed as an Associated Professor at the University of Zurich’s Department of Pathology.

He had to reorganize everything from the ground up in Zurich. At this point, Hans Hengartner, a molecular biologist, joined him, and the two scientists started a partnership that lasted until Zinkernagel retired in 2008.

Zinkernagel was promoted to full professor in 1988. In 1992, he was named co-director of the university’s Institute of Experimental Biology for the first time. He continued to work with Hans Hengartner on immunological protection and immune pathology caused by virus infections here as well. In the spring of 2008, he finally stepped down from both roles.

Rolf Zinkernagel was equally engaged in medication development as he was in basic research. He was elected to the Novartis AG board of directors in 1999. He also served on the board of directors of Cytos Biotechnology AG from 2000 to 2003.

Zinkernagel is most known for his 1973 research with Peter Doherty on how the immune system responds to infection by the lymphocytic choriomeningitis virus, which causes meningitis. The study focused on cytotoxic T lymphocytes, also known as T cells, which are white blood cells that can kill invading viruses and virus-infected cells.

They discovered that T cells from an infected mouse will only kill virus-infected cells from another mouse if they were from the same genetic strain. If it belongs to a different genetic strain, on the other hand, the T cell will simply disregard it.

They also discovered that, in addition to foreign molecules, T cells must detect a self-molecule known as the major histocompatibility complex in order to kill infected cells (MHC). It is the MHC that informs the immune system that a given cell is from one’s own body.

This research shed light on the general process of cell immunity for the first time. It also laid the groundwork for vaccinations and drugs to treat infectious disorders, inflammatory diseases, and cancer.

Zinkernagel and Peter Doherty shared the Nobel Prize in Physiology or Medicine in 1996 for “discoveries relating the specificity of cell-mediated immunological defense.”

met his future wife Kathrin Lüdin as students at the University of Basel when they were both studying medicine. They married in November 1968, just two weeks after finishing their final board exam. She is now working as a physician.