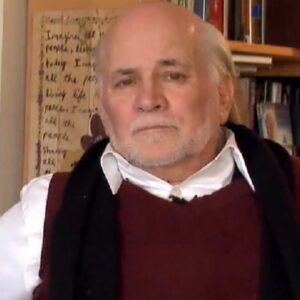 Ron Kovic is a Vietnam War veteran and anti-war advocate. He served as a noncommissioned officer in the United States Marine Corps in the past. Ron was rendered crippled after suffering terrible injuries during the Vietnam War. After the war, he was so impacted by the aftermath, suffering, and inadequate management of the afflicted areas that he became an activist and protested against it. His opposition to war was so intense that he was imprisoned eleven times. Oliver Stone, a renowned Hollywood director, adapted his autobiography “Born on Fourth July” into the film “Born on Fourth July.” The script for the film received Kovic a Golden Globe. Kovic is completely opposed to war and continues to fight for veterans’ rights. In addition to opposing the Iraq and Afghan conflicts, he has always advocated for peace. Additionally, Kovic spoke during the Democratic National Convention. He is an inspiration to the youth and is revered by numerous combat fighters and survivors as an idol.

Ron Kovic was born in Ladysmith, Wisconsin on July 4, 1946. However, he was raised in Massapequa, Long Island, New York. His father, Eli Kovic, was a grocery clerk, and his mother, Patricia Kovic, was a housewife. His parents both served during World War II. Ron is the oldest sibling of five.

He completed summer school and received a general high school diploma. Following his return home, he enrolled at Hofstra University.

He was not a good student and did not flourish academically in high school, but he was a terrific wrestler and athlete. During his undergraduate years, he picked up a baseball and excelled at it as well. He contemplated making it his career, but fate had other ideas for him.

When he was encouraged by a military recruiter’s speech to join the Marines, his attitude changed. Kovic’s decision was bolstered by his upbringing in a military family, which instilled in him military principles from a young age.

Kovic joined the US Marine Corps in 1964. Serving his country was his main motivation for entering the Marines. Shortly after enlisting, he was sent to Vietnam to serve in the War.

He was a member of the unit of reconnaissance that volunteered for a long-range patrol. All 18 members were elite Marine Corps personnel. Kovic and his teammates served with the H&S Company, the 1st AmTrac Battalion, and the 3rd Marine Division.

His squad was ordered to attack and kill residents in a village during the war. They had been informed that the locals were armed, but after the engagement, Kovic discovered that none of the slain peasants were carrying weapons.
He mistakenly shot a young corporal on the battlefield, but Kovic was startled when his superiors refused to hear his confession. The conduct was referred to as collateral damage.

Kovic was fighting near the LOC of the Republic of Vietnam when he was struck in the left heel by an enemy bullet. A second bullet pierced his spinal cord, leaving his lower body permanently disabled. He was awarded the Purple Heart for his excellent service and bravery, but instead of feeling gratified, he struggled with regret and shame.

Kovic did not receive a warm greeting upon his return to New York, as people were upset and enraged about the effects of the Vietnam War.
According to him, all war veterans should be treated with respect and dignity because they risk their lives to keep the country at peace. This realization motivated him to become an activist.

Kovic, disturbed by the Vietnam War and the situation of the people there, became disillusioned and dissatisfied, and he began to consider ways to eliminate this feeling. He initiated Vietnam War awareness campaigns in local high schools. During this time, he worked diligently and became more involved in Vietnam Veterans of America. The Kent State University killings of 1970 inspired his antiwar activism even further.

Although he had participated in numerous rallies and demonstrations, it was not until he spoke at the 1972 Republican National Convention that he captured the public’s attention. He considered warfare to be the worst conceivable means for resolving issues. He voiced his anger over the loss of young men and women with valued lives.

Kovic worked tirelessly to disseminate the message of peace and advocate for veterans’ better care. During this time, he even led several hunger strikes.

Kovic was inspired by World War I veteran Erich Maria Remarque’s novel “All Quiet on the Western Front.” He was then inspired to document his own experience and the Vietnam War’s subsequent challenges. Kovic completed the novel using a 42-dollar manual typewriter in one month, three weeks, and two days.

1976 saw the publication of his autobiography, “Born on the Fourth of July.” The book is a straightforward yet moving description of the author’s ten-year experience as a bedridden war survivor.

Regarding the book’s title, it is said that Kovic feels proud to have been born on July 4, the Independence Day of the United States. In the book, he describes the dreadful days on the battlefield and the destructive impacts of war. He admitted to having countless sleepless nights because he was troubled by all the individuals he killed in the name of war.

Kovic documented the manner in which he and his fellow platoon members were used as Marine staff sergeants. He also described an attack on an erroneous location that resulted in the death of a cabin full of Vietnamese women and children. Kovic stated that it was the most tragic event of his life.

Kovic led a protest against the Iraq War during the George W. Bush administration in 2003. His recent efforts have included a call for a structure for the homeless and wounded veterans.

Kovic resides in a Redondo Beach apartment and spends the majority of his time working on a sequel to ‘Born on the Fourth of July’ Kovic has never been married and is now in a relationship. Additionally, he spends time at the Long Beach veterans’ hospital, where he assists volunteers in establishing a peer program for injured veterans.

American anti-war activist, veteran, and author Ron Kovic have a $1 million net worth. Ron Kovic was born in July 1946 in Ladysmith, Wisconsin. He became disabled while serving in the United States Marine Corps during the Vietnam War. Born on the Fourth of July is Kovic’s most recognizable work.