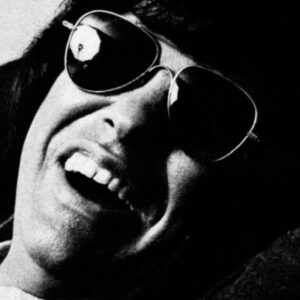 American country singer and pianist Ronnie Lee Milsap, who has won six Grammy Awards, is regarded as one of the genre’s most popular performers from the 1970s and 1980s. Due to a congenital condition, the virtuoso was nearly blind at birth and showed a strong interest in music from an early age. At the age of seven, he showed exceptional musical skill, which inspired him to formally pursue classical music and learn numerous instruments until achieving piano proficiency. Over the course of more than five decades, he has released 28 albums and 69 singles, creating a vast and varied body of work. He has produced 40 No. 1 country hits since the publication of his debut self-titled album in 1971, 35 of which have peaked on the “Billboard” country chart. He eventually became one of the most successful and adaptable “crossover” vocalists of his time. He became quite well-known and a star as a result of his music, which mixed elements of R&B, pop, and rock and roll. The songs “Stranger in My House,” “(There’s) No Gettin’ Over Me,” and “Smoky Mountain Rain” were among his most well-known crossover hits. He had seven “gold” albums, one “platinum,” one “double-platinum,” and one “album” to his name by the year 2000.

He was born in Robbinsville, North Carolina, on January 16, 1943. Due to a congenital condition, he was nearly blind when he was born. His mother abandoned him when he was a baby, and until the age of five, his grandparents raised him in the Smoky Mountains. After that, he was accepted into Raleigh, North Carolina’s “Governor Morehead School,” a school for the blind.

He has always loved music since he was a youngster. After his teachers saw his extraordinary musical skill, he soon began his official instruction in classical music at school. He picked up the piano, the violin, and the guitar and quickly excelled at the keyboard.
At the age of 14, he was smacked by a house parent at the school and lost the little eyesight he had in his left eye.

With time, Milsap grew fond of rock & roll music. Together with some of his high school friends, he started the rock group “The Apparitions.”

After being awarded a full scholarship to college, Milsap—who wanted to be a lawyer—started attending the “Young Harris College” in Young Harris, Georgia. He joined Dimensions, a well-known local R&B group, and played at the “Royal Peacock Club” while still in college. After declining a scholarship offer to law school in the fall of 1964, he later made the decision to pursue a career in music and quit college.

In 1963, his debut single, “Total Disaster,” was published.
In 1965, he obtained a contract with Scepter Records, an American record label, and worked with them to produce a number of singles. The only one of these singles that could be considered a hit was “Never Had It So Good,” which in November of that year reached No. 19 on the R&B chart.

After moving to Memphis, Tennessee, he started working with American record producer Chips Moman. Moman assisted him in performing as a session musician on several Elvis Presley songs, including “Don’t Cry Daddy” (1969) and “Kentucky Rain” (1970).

As a result of a chance encounter with renowned American country singer Charley Pride, he relocated to Nashville in December 1972. He was inspired to start listening to country music by Pride.
His first hit in country music, “I Hate You,” which he released in 1973 after signing a deal with RCA Records, landed at No. 10 on the country chart.

Please Don’t Tell Me How the Story Ends, the second single from the album “Pure Love,” was released in July 1974 and reached number one on the Billboard Hot Country Songs chart. It earned Milsap his first Grammy in 1975 for “Best Male Country Vocal Performance.”

He gained more notoriety by recreating the Don Gibson song “(I’d Be) A Legend in My Time,” which was released on November 30, 1974, as the lead single from his fourth studio album, “A Legend in My Time.” Daydreams About Night Things, the lead single from his sixth studio album “Night Things,” which was released on July 19, 1975, was another hit. The “Billboard Hot Country Songs” chart featured both songs.

His style changed in the late 1970s to include string-heavy pop ballads, which helped him achieve crossover success for more than ten years.

It was his song “Make No Mistake, She’s Mine” with pop singer Kenny Rogers that topped the country chart in 1987 and earned the pair a Grammy prize in 1988 for “Best Country Collaboration with Vocals.” This was Milsap’s sixth Grammy.

Over the years, this talented singer received a number of other accolades. The “Country Music Association” recognized him as “Male Vocalist of the Year” in 1974, 1976, and 1977, among other accolades. The Grand Ole Opry, the North Carolina Music Hall of Fame, and the Country Music Hall of Fame all inducted him into their respective halls of fame in 1976, 2002, and 2014, respectively.

Additionally, he was given the “Rocketown Legend Award” in 2007 and the “Career Achievement Award” by the “Country Radio Seminar” in 2006.
His call sign is WB4KCG, and he is an amateur radio operator of the “Advanced” level.

The estimated net worth of Ronnie Milsap is unknown.