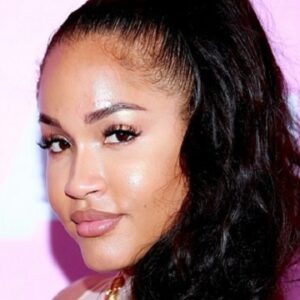 Rosa Acosta is a well-known figure in the fitness and modeling worlds. The fiery Dominican wears many hats: she’s a dancer, fitness instructor, model, reality show star, and actress all rolled into one. On her Twitter account, she identifies herself as a “Ballet Dancer, Massage Therapist, Elbow Lover, Nippologist, Scar Kisser, Shower Opera Singer, Midget hunter, and future chef.” She has done it everything, from being on the cover of some of the most prestigious fashion publications to starring in music videos and causing a stir on reality television. Her primary interest, on the other hand, is fitness, which she has been devoted the majority of her time to recently. Rosa is really humble and down to earth, despite being one of the most sought after faces in many worldwide magazines. This quality adds to her appeal to her millions of fans all around the world.

Rosa did not become famous overnight. Hers is a narrative of dedication and hard work that began at an early age. She became the Dominican National Ballet’s youngest soloist in 2002 after training at the ICA and the Norma Garcia Ballet School. This was regarded as a remarkable achievement in and of itself. Rosa began her modeling career a couple of years later. Her first jobs were with the well-known ‘DR companies.’

Rosa sailed sail for the United States in 2006, determined to establish a name for herself. Her work in the United States had piqued the curiosity of the worldwide fashion world. After arriving in the United States, her career took off in a big way. She was instantly given jobs in prestigious fashion publications such as XXL, King, Blackmen, and Smooth. To make matters even better, she was named ‘Eye Candy of the Year’ by XXL magazine in 2009. She has also received other honors, such as the Urban Model Awards’ Model of the Year in 2010. From 2009 to 2012, she was perhaps the most in-demand model.

It was only inevitable that she would be noticed by the music and television industries, given the amount of attention she was receiving. She appeared in music videos for songs such as Juelz Santana’s “Back to the Crib,” Mike Posner’s “Drug Dealer Girl,” Drake’s “Best I Ever Had,” The DEY’s “I Need You,” Chris Brown’s “I Can Transform Ya,” Mario’s “Break Up,” and Booba’s “Caesar Palace,” and Harvey Stripes’ “Must Be Money,” and upped the hotness quotient of
She’s a fitness nut who’s launched a YouTube channel where she posts workout and training videos. She also launched her own fitness and clothing company, CossaMia, in 2012.

Rosa was born in Santiago, Dominican Republic, on April 30, 1984. Her family isn’t well-known, except for the fact that she has a brother, DJ Smoke, who works in the entertainment industry. Rosa began her dance instruction when she was four years old, and by the time she was eighteen, she was making waves in the ballet world. She is currently linked to French Montana, a hip hop musician from the United States. Rosa Acosta is beautiful, sensual, and humble, and she possesses all of the attributes necessary to win anyone’s heart.

Rosa has had a relatively scandal-free existence for a model of her stature. Her affairs, on the other hand, have made the front pages of tabloids. She dated Rob Kardashian for a while and even played his lover on ‘Keeping Up with the Kardashians.’ She was also expecting his child, but the pregnancy ended in a miscarriage. After her intense and sensual connection with Nikki Mudarris on the set of “Love & Hip Hop Hollywood,” questions about her sexuality were raised. The two were seen kissing and engaging in a lot of PDA. Rosa later admitted to having a thing for ladies in an interview.