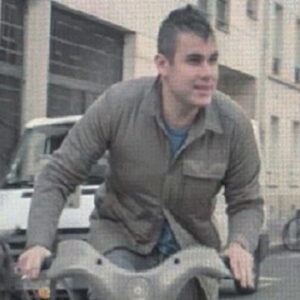 The indie rock electronic recording project called Discovery is where American songwriter, composer, producer, and multi-instrumentalist Rostam Batmanglij is most well-known. He originally became well-known for his collaborations with the indie rock band Vampire Weekend, which paved the way for his future as an indie rock artist. Rostam Batmanglij, the brother of the director Zal Batmanglij, started producing electronic music at the age of 14. He plays keyboards, percussion, and guitar and majored in music at Columbia University. Throughout his ten-year association with Vampire Weekend, he co-produced the critically acclaimed and financially successful albums “Modern Vampires of the City,” “Contra,” and “Vampire Weekend,” the band’s debut album. His followers loved his talent for fusing West African guitar with uncommon polyrhythms, upbeat melodies, and pop music. He ventured out and started the recording project Discovery with his friend Wesley Miles after the band attained substantial success. He released the critically acclaimed solo songs “Wood,” “Don’t Let It Get to You,” “EOS,” and “Gravity Don’t Pull Me.” He is a highly sought-after producer who has a long list of notable clients, including Frank Ocean, Carly Rae Jepsen, Hamilton Leithauser, Charli XCX, and Santigold.

On November 28, 1983, in Washington, D.C., Rostam Batmanglij was born to immigrant Iranian parents. His father Mohammad Batmanglij founded Mage Publishers, a small press that promoted Persian culture, and his mother Najmieh Batmanglij is an author of cookbooks who is passionate about the traditions of Persian cuisine. Independent filmmaker Zal Batmanglij is his brother.

At a gathering in Tehran, his parents initially became acquainted. In the US, they went to college together. Their older son Zal was born in France after they relocated there following the Iranian Revolution in 1979. They were concerned that their children might lose touch with their Iranian roots due to the rigidity of French society, though. As a result, the family relocated to the US and established itself in Washington, D.C.

Rostam attended the Potomac School, a prep school south of Washington, D.C., where Iranian culture continued to be the main focus of his parents’ American lives. He remembers singing old songs with his teachers all the time in school.

Rostam studied music at Columbia University as a major. There he met Chris Tomson, Chris Baio, and Ezra Koenig, with whom he later started the rock group Vampire Weekend (2006), which was named after the film of the same name. With their insightful lyrics and catchy music, the band immediately became successful.

The band’s self-titled debut album, which was released in January 2008, was produced by him after he graduated. He was doing multiple jobs at the time, including an internship at the Oxford English Dictionary. The album featured the well-received hits “Mansard Roof,” “A-Punk,” “Oxford Comma,” “Cape Cod Kwassa,” and “The Kids Don’t Stand a Chance.”

The 2010 release of Vampire Weekend’s second album, “Contra,” was another commercial triumph. In addition to singing and playing the instruments, Rostam co-wrote the tunes.

Brent DiCrescenzo of Timeout Chicago gave Rostam’s solo track “Wood,” which he released in September 2011, 4 out of 5 stars. He performed a solo single in November 2011 called “Don’t Let it Get to You,” which quickly rose to the top of BBC Radio1’s charts.

Modern Vampires of the City, the band’s third album, was co-produced by Rostam and Ariel Rechtshaid and released in May 2013. The band had never previously collaborated with an outside producer before.

Rostam had a very active year in 2014. For Hamilton Leithauser’s solo album, “Black Hours,” which was released in June 2014, he first produced and co-wrote two tracks. Then he wrote and produced two songs for Charli XCX: “Need Ur Luv” and “Kingdom.” He remixed Ty Dolla Sign’s song “Stand For” into a new song, “Long Way Home,” in December 2014. Then he composed the original music for Kenneth Lonergan’s Broadway debut play, “This Is Our Youth.”

He produced and delivered the song “Water” for Ra Ra Riot’s fourth album, “Need Your Light,” which was released in 2015. He also co-wrote the fourth song, “Warm Blood,” which was released on July 31, 2015, and collaborated with Canadian singer Carly Rae Jepsen on her third studio album, “E•MO•TION.”

He quit Vampire Weekend in January 2016 to work on solo projects. Two of Rostam’s solo tracks, “EOS” and “Gravity Don’t Pull Me,” as well as his own music videos, were released. He collaborated with Hamilton Leithauser on the album “I Had a Dream That You Were Mine,” which was released in the same year.

Rostam provided the music for the movie “Sound of My Voice,” which his brother Zal Batmanglij also directed and co-wrote. Additionally, Rostam wrote a unique piano composition that was used in Zal’s movie “The East.”

He released two of his upcoming solo album Half-songs Light in 2017: “Gwan” and “Bike Dream.” He published the album “Half-Light,” which is about his time spent living in New York, on September 15, 2017. It was one of the year’s most captivating albums thanks to its beautiful choral and instrumental arrangements, unusual beats, and sophisticated wordplay. His childhood favorite Old English tune, “Sumer Is Icumen In,” is sampled in the opening track of the album “Summer.”

Additionally, in 2017, he co-wrote and produced the song “Listen to Your Friends” for singer Declan McKenna’s self-titled debut album. Additionally, Rostam is a member of the electro-soul band Discovery, which he and his friend Wesley Miles created.

The namesake band’s album, “Vampire Weekend,” debuted at number 17 on the Billboard 200 after selling over 27,000 copies in the first week of its release in the US. It has over half a million copies sold by January 2010. It reached its peak in the UK Albums Chart at position 15.

He claimed that Grizzly Bear member Ed Droste inspired him to come out in public.
He claims to be proud of his Iranian heritage and plays a 12-string guitar tuned like the tar, an Iranian instrument.

One of the wealthiest and most well-known rock singers is Rostam Batmanglij. Rostam Batmanglij’s net worth is roughly $1.5 million, according to our analysis of data from sources like Wikipedia, Forbes, and Business Insider.