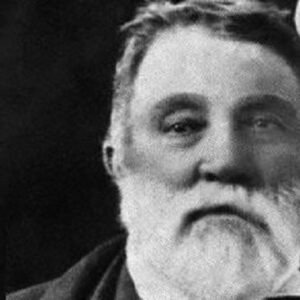 The proprietor of an eccentric tavern, adventurer, and judge was Roy Bean. His reputation was built on the decisions he made in the late 19th century while serving as a justice of the peace in western Texas. He fled his family at a young age, avoided the lawmen and the numerous individuals he conned with, and eventually made it to Vinegaroon. He established a pub here that rail road workers visited. He was appointed Justice of the Peace in Pecos County by the frantic County Commissioners because there was so much crime in the region. He continued to administer justice after moving from Vinegaroon to Langtry, being known as “The Law West of the Pecos.” His decisions were absurd, funny, and based on his standards of what was good and wrong. Legalities did not complicate things. His clients served as the jury, and verdicts were reached quickly and without appeals. He would only refer to Texas’ Revised Statutes. He is frequently referred to as “The Hangin’ Judge” in mythology. He threatened to hang a lot of people, but he never did. A couple was sentenced to death and led to the gallows, but they were allowed to flee. His cases were typically straightforward and quick to resolve. He became well-known for organizing a boxing match, and as a result, he finally entered a Texas legend.

Phantly Roy Bean Jr. was born in 1825, the son of Phantly and Ann Bean. Samuel, Sarah, James, and Joshua were his four siblings. The name Fauntleroy was modified to become Phantly Roy.

At the age of sixteen, Roy Bean traveled to New Orleans in the hopes of finding employment, but he got into problems and fled to his brother Sam in San Antonio, Texas.

The two brothers established a trade business in Chihuahua, Mexico, in 1848. He killed a Mexican outlaw while defending a non-Hispanic white man. The brothers had to flee to Mexico’s Sonoro state.

He moved to San Diego, California, with his older brother Joshua in 1849. To impress the local lasses, he engaged in a gun battle with a Scotsman named Collins and was arrested.

His many gifts from female admirers included a knife, which he used to cut through the jail wall and flee to San Gabriel in California. He was a ladies’ man.

He worked as a bartender at the Headquarters Saloon, the saloon owned by his brother Joshua in San Gabriel. He assumed control of the saloon when Joshua was killed. He had feelings for a Mexican girl there.
Sam, the first Sheriff of Doa Ana County, had been elected, so he moved to New Mexico to live with Sam. The two brothers operated a store and saloon in Pinos Altos in 1861.

He took money from his brother’s safe in 1862 and joined the Confederate army that was fleeing. He transported supplies and hauled cotton from San Antonio to British ships close to Matamoras, Mexico, for the remainder of the war.

He resided in San Antonio for twenty years, earning a living as a transporter, selling stolen firewood, operating a dairy, and doing butchering duties.

He started a Beanville saloon in the latter half of the 1870s. After selling his belongings to a shop owner who was glad to get rid of the dishonest person, he got ready to head west.

He opened a modest bar in Vinegaroon around 1882. Due to the 8000 railroad workers nearby and the 200-mile distance to the closest court, it developed into a center for criminal activity.

The establishment of a local legal system at Vinegaroon was sought by a Texas Ranger, and on August 2, 1882, Bean was chosen as the new Precinct 6’s Justice of the Peace.

He stopped the special train in 1890 bringing Jay Gould and his daughter and extended an invitation for them to have a drink at his bar. Gould was a successful railroad builder, speculator, and robber baron.
Up to his defeat in 1896, he was re-elected to the position of Justice of the Peace. Even after that, he insisted on keeping his seal and legal manual and carried on trying cases.

He was a law unto himself and released horse thieves in exchange for the horses’ return. He granted divorces, which were only permitted by district courts, and received $10 for each one. For a wedding, he merely demanded $5.
As he neared the end of his life, he made sure that the schoolhouse had free firewood in the winter and donated a significant portion of his profits to aid the local needy.

In 1882, Roy Bean managed the Jersey Lilly Saloon in Langtry. He acted as “Law West of the Pecos” and delivered “justice” from his saloon. He collected fines and pocketed the cash.

When he held the Fitzsimmons-Maher heavyweight championship in 1896 on the Mexican side of the Rio Grande, far from the jurisdiction of Texan rangers, he rose to fame. Mexico and Texas both forbade boxing.

In 1866, Roy Bean wed Virginia Chavez, who was 15 years old. They have four kids: Laura, Sam, Roy Jr., and Zulema. John was a son they also adopted. After 15 years, they decided to get divorced.

After a night of excessive drinking in San Antonio to mark the completion of a new power plant, he passed away quietly in his bed. At the Whitehead Memorial Museum in Del Rio, he is buried.

For his depiction of Roy Bean in the movie “The Westerner” in 1940, Walter Brennan won an academy award. The judge is given a completely made-up death scene in the film.

The Story and Times of Judge Roy Bean, a 1972 Western movie starring Paul Newman and directed by John Huston, was largely based on the life of this frontier judge who appointed himself.

Fact The same phrase is used to pronounce men to death after marriage ceremonies officiated by this Judge always. “May God pity your soul.”

The estimated net worth of Roy Bean is unknown.