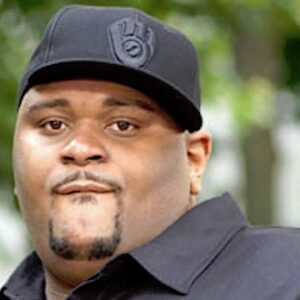 Christopher Ruben Studdard is a gospel, pop, and R&B singer from the United States. He was nominated for a Grammy and won the second season of America’s most popular singing talent show, ‘American Idol.’ His musical ability was first recognized in the church choir, which inspired him to pursue a degree in music. He’s released albums like ‘Soulful,’ ‘I Need an Angel,’ and ‘Love Is,’ which are among the most promising of all time. With guest roles in ‘Life on a Stick,’ ‘All of Us,’ and ‘Scooby Doo: Monsters Unleashed,’ he steered towards the world of television and movies after garnering fame. He returned to reality television on the NBC weight-loss show ‘The Biggest Loser,’ where he lost nearly 119 pounds. He has worked with megastars such as Stevie Wonder and Eric Benet throughout his career, and his debut album was certified platinum. Most of his hits have charted at the top of the US Billboard music chart, including ‘Flying Without Wings,’ ‘Superstar,’ and ‘Change Me.’

He was born Christopher Theodore Ruben Studdard on September 12, 1978, while his father was stationed with the US Army in Frankfurt, Germany. Emily, his mother, is an elementary school teacher, and Kevin, his father, is a secondary school teacher and entrepreneur.

He grew up in Birmingham, Alabama, as the youngest of his siblings. He and his mother began singing in the choir of a local Baptist Church when he was three years old.

His mother encouraged him to sing and required him to perform in plays, choir competitions, and musicals on a regular basis. He was a member of the football team at ‘Huffman High School.’

He obtained a sports scholarship to Alabama A&M University after high school. He changed his major to music studies after enrolling and graduating from the institution in 2000.

The Career of Ruben

He began his career by singing with the ‘Few Cats,’ a local jazz band. He recorded demos for many music production studios on a regular basis, but he never got an album deal. After hearing about ‘American Idol’ from a friend, he flew

to Nashville to audition for the reality show.
With his performances of ‘Superstar’ and ‘A Whole New World’ on the second season of ‘American Idol,’ he became known as the ‘Velvet Teddy Bear.’

His first single, ‘Flying Without Wings,’ was played on the radio after the concert. His debut album, ‘Soulful,’ earned a million pre-orders and debuted at number one on the Billboard 200 album chart shortly after.

In 2004, he announced the release of ‘I Need an Angel,’ his first gospel CD. The album debuted at number one on the Gospel charts in the United States. In the film ‘Scooby-Doo 2: Monsters Unleashed,’ he also performed the song ‘Shining Star.’

He made his third album, which was completely dedicated to the R&B genre, in 2006. The first single, ‘Change Me,’ was released ahead of the album and reached number one on the US Urban Contemporary chart.

His record was titled ‘The Return,’ and it fared well, but it didn’t quite live up to the praise that his first two albums had gotten. He appeared on season 6 of American Idol the following year.

He sang the song ‘Celebrate Me Home’ at the 2008 finale of American Idol at the ‘Nokia Theatre’ for season seven of the show. Terry Lewis and Jimmy Jam collaborated on the song’s production.

His fourth album, ‘Love Is,’ was published on May 19, 2009, under the label ‘Hickory Records.’ The album’s first single, ‘Together,’ was a ballad that earned a lot of positive feedback. The album mostly consisted of cover songs with a few original tracks thrown in for good measure.

Following the album’s popularity, a collection of his hit songs named ‘Playlist: The Very Best of Ruben Studdard’ was released. On March 31, 2010, it was released on music retailers.

In 2011, Ruben inked a record deal with ‘Shanachie Entertainment.’ ‘Letters from Birmingham,’ his fifth album, was released in 2012. ‘Do It Right,’ a duet with Chrisette Michele on the record, reached the US music charts.

In 2013, he joined the fifteenth season of the NBC reality show “The Biggest Loser.” At 462 pounds, he was the heaviest of all the competitors, and he finished the competition weighing 343 pounds.

Simultaneously, he worked on his fifth album, ‘Unconditional Love,’ which was released on February 4th, 2014. On the show’s finale, he sang the lead single from the new album, ‘Meant to Be.’

The album was issued on the ‘Verve Records’ label and included cover songs by legends such as Donny Hathaway, Bonnie Raitt, Marvin Gaye, and Paul McCartney, whom he admired.

In the first week after its release, his debut album sold over 400 thousand copies. The RIAA awarded the album platinum status. His album’s single ‘Sorry 2004’ placed second on the Billboard R&B singles chart and ninth on the ‘Billboard Hot 100.’

His album ‘Unconditional Love’ also garnered him fame, as critics praised it for “exuding grace, confidence, and class.” It charted at number seven on the Billboard R&B Albums Chart and number 46 on the Billboard 200.

Ruben Studdard got his first award for ‘Choice Male Reality/Variety Star at the ‘Teen Choice Awards in 2003. He won the ‘NAACP Award’ for ‘Outstanding New Artist the following year.

He was also nominated in the category of ‘Best Male R&B Vocal Performance’ for the song ‘Superstar’ at the most prestigious music awards, ‘The Grammys.’ However, he was defeated by Luther Vandross, a revered R&B legend.

For the ‘Advancement of Children in the Music Arts,’ Studdard established his own musical foundation. The foundation aims to increase the importance of music in education in order to help students develop, mostly in the Birmingham area.

He is also the spokesperson for the ‘Be Sickle Smart’ educational program, which aims to raise awareness of toxic iron levels in sickle-cell disease patients.

Ruben married Surata Zuri McCants in 2008, but the couple filed for divorce after three years and divorced in 2012.
At Alabama A&M University’s annual ceremony in 2015, he was awarded an honorary Master of Arts degree.

Studdard shed 70 pounds between his second and third albums by following a rigorous vegetarian diet.

Ruben Studdard is a $3 million dollar R&B, pop, and gospel singer from the United States.