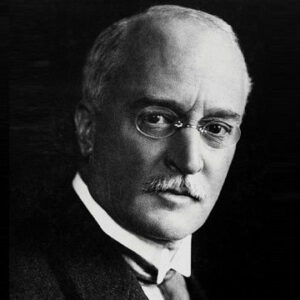 Rudolf Diesel was a German mechanical engineer and inventor best known for inventing the Diesel engine, which is still used today. He spent his initial months of childhood in a Vincennes farmer’s household, the second child of Bavarian immigrants. He worked at his father’s workplace as a child to help support his family financially. Diesel’s fascination in technology began when he was a student at a Protestant-French school. During the Franco-Prussian War, he and his family were forced to flee Germany and eventually settled in London. Diesel was transported back to Germany when he was 12 years old, where he received a scholarship to study at the Royal Bavarian Polytechnic in Munich. In the early 1890s, he began his career as an inventor by assisting his professor Carl von Linde with the construction of a refrigeration factory. In 1897, Diesel came up with the idea for a combustion engine, which he successfully developed. He mysteriously vanished in September 1913 while on his way to a conference in London on a boat. Later, he was said to have died. His wife and three children were left behind.

Rudolf Christian Karl Diesel was born on March 18, 1858, in Paris, Second French Empire, to bookbinder Theodor and his wife, Elise. He was handed to a Vincennes farmer’s family after his birth, where he spent his first nine months. He worked in his father’s workplace as a child, assisting him in the delivery of leather items to consumers.
Diesel attended a Protestant-French school and received a bronze medal from the Société pour l’Instruction Elémentaire for his achievements.

He and his family relocated to England during the Franco-Prussian War, where he attended an English school. He was eventually returned to Germany to live with his aunt and uncle.
Rudolf Diesel enrolled in the Augsburg Industrial School after completing his basic education in 1873. He received a distinction scholarship to the Royal Bavarian Polytechnic of Munich when he was about 16 years old.

Rudolf Diesel returned to Paris after graduating with maximum academic honors in 1880, where he collaborated with his former professor Carl von Linde on the construction of a sophisticated refrigeration plant.
He rose through the ranks to become the plant’s director, and he stayed on to earn numerous patents in France and Germany.

Diesel moved to Berlin in 1890 to take over the management of Linde’s company. He rapidly expanded his research beyond refrigeration and began working with steam.
He built a steam engine with ammonia vapor as a result of his studies into fuel and thermal efficiency. During testing, however, the engine detonated.

Rudolf Diesel, who had always wanted to create an internal combustion engine, completed his hypothesis in 1892. In the same year, he received a German patent for his theory.
He authored a book in 1893 that helped him build his first Diesel engine. Heinrich von Buz, director of the German mechanical engineering agency MAN AG, hired him later that year.

His first Diesel engine was successfully run for the first time in 1897. It is currently on display in the Deutsches Technikmuseum in Munich. The famed inventor quickly obtained patents for his new invention in a number of nations, including the United States. Rudolf Diesel was admitted into the Automotive Hall of Fame after his death in 1978.

Rudolf Diesel boarded a boat in Belgium in late September 1913 on his way to a meeting in London. He ate dinner and retired to his cabin to sleep on the 29th of September. The next morning, his cabin was deserted.
A Dutch boat discovered a horribly decomposed dead body in the North Sea near Norway a few days later. Several personal things were recovered from the deceased and later identified as Rudolf’s stuff by Rudolf’s son.
Diesel’s body was supposedly discovered in the French river Scheldt on October 14, 1913. Following that, various reports of the inventor’s death surfaced. Many individuals said he committed himself, while others claimed he was killed.

Diesel’s wife opened the bag her husband had given her right before he left shortly after he vanished. She came across several financial statements as well as 200,000 German marks in cash.
Diesel’s diary was later recovered on the ship, with a cross scribbled for the date September 29, the same day he went missing. This indicated that he may have killed himself.

Rudolf Diesel married Martha Flasche in 1883. Eugen, Heddy, and Rudolf Jr. were the couple’s three children.
Diesel’s engine replaced the steam piston engine in a variety of uses after his death, including agricultural machinery, stationary engines, and modern automobiles.
Initially, his engine operated on peanut oil. Later, “Diesel fuel,” a sort of oil generated as a by-product from the processing of petroleum, became popular as the principal source of fuel utilized in his engines.