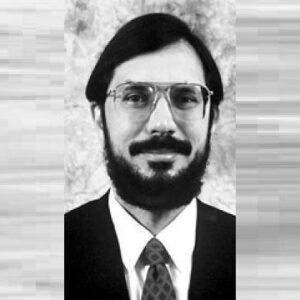 Russell Alan Hulse is an American physicist who shared the 1993 Nobel Prize in Physics for discovering a new type of pulsar; his discovery revolutionized the study of gravitation. Russell was born and raised in New York City, attending the Bronx High School of Science. He exhibited a precocious capacity for learning a diverse range of scientific subjects and, for a time, was undecided about his course of study. He enrolled at the Cooper Union to save money on college fees and eventually earned a doctorate in physics from the University of Massachusetts. He collaborated with his teacher, Joseph H. Taylor Jr., as a postgraduate student to discover a binary pulsar, which would become his life’s greatest work. They repeated the experiment a few years later to demonstrate the existence of gravitational waves, as Albert Einstein proposed in his Theory of Relativity. He spent a couple of years at the National Radio Astronomy Observatory in Charlottesville but was dissatisfied with the work and instead joined the Princeton University Plasma Physics Laboratory, with which he remained for many years. He is currently a professor at the University of Texas at Austin.

Russell Alan Hulse was born in New York City on 28 November 1950 to Alan Hulse and Betty Joan Hulse. He was extremely curious as a child, and his parents encouraged him in all of his endeavors.
After completing his primary school education, he enrolled in and graduated from the Bronx High School of Science in 1963. From an early age, he demonstrated an intense interest in the sciences.

In 1974, as a postgraduate student, he studied at Cornell University’s Arecibo Observatory in Puerto Rico, under the direction of astrophysicist Joseph H. Taylor Jr. He collaborated with Taylor the following year and discovered the first binary pulsar, designated PSR 1913+16. They shared the Nobel Prize in Physics 19 years later for the discovery.

After earning his doctorate from the University of Massachusetts in 1975, he began his post-doctoral career at the National Radio Astronomy Observatory in Charlottesville. He was, however, uncertain about his career prospects in radio astronomy, and after two years at the observatory, he resigned.

He was comfortable with computers from his time as a student at Cooper Union, and that ability, combined with his doctorate in physics, enabled him to begin working for the Princeton University Plasma Physics Laboratory in 1977. He spent a considerable amount of time at the laboratory.

He collaborated with Joseph H. Taylor Jr. and built on their binary pulsar research. In 1978, the duo published a paper in which they demonstrated through a series of experiments that gravitational waves existed, as Albert Einstein predicted in his famous Theory of Relativity.

Without a doubt, his crowning achievement in a career spanning several decades is the 1974 discovery of binary pulsars in collaboration with Joseph H. Taylor Jr. Additionally, they expanded their experiments to demonstrate the existence of gravitational waves, which Albert Einstein first hypothesized. They were jointly awarded the 1993 Nobel Prize in Physics for their efforts.

He shared the 1993 Nobel Prize in Physics with Joseph H. Taylor Jr for their work on binary pulsar discovery.

In 2003, he was elected a fellow of the American Association for the Advancement of Science by its members.

Russell Alan Hulse has never married but has a long-standing relationship with Jeanne Kuhlman. There are no children in the couple.

Russell Alan Hulse is a wealthy physicist who is ranked among the most popular physicists. Russell Alan Hulse’s net worth is estimated to be around $1.5 million, based on our analysis of Wikipedia, Forbes, and Business Insider.