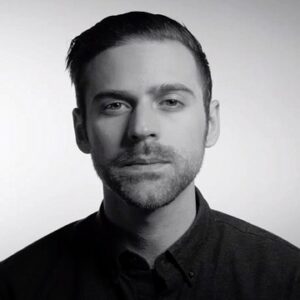 Ryan Lewis is an accomplished musician, hip-hop artist, DJ, record producer, and music video director from the United States. With tracks like ‘Thrift Shop’ and ‘Can’t Hold Us,’ he rocketed to prominence and has been dubbed Macklemore’s right hand. Lewis first met Macklemore on ‘Myspace’ in 2006, and the two began collaborating in 2008. The duo has never failed to make an impression in the music industry since their cooperation. Ryan’s enthusiasm for music had always been a big part of his life, and he was able to make a profession out of it by sticking to it. He started out as a photographer and cameraman before producing and releasing his own extended play. But it wasn’t until his partnership with Macklemore that his skill was recognized on the American music scene. Ryan is hitting all the right notes, from his EP ‘The VS’ to his latest album ‘This Unruly Mess I’ve Made.’ In his ten-year career, he has received eighteen music awards and countless nominations.

Ryan Lewis was born on March 25, 1988, in Spokane, Washington, to Julie and Scott Lewis. Teresa and Laura, his older sisters, were essential in his development. Teresa is four years his senior, while Laura is two years his junior.

He went to ‘Ferris High School’ in Spokane, Washington, and began playing the guitar in rock bands at an early age with his best friend, Ryan Sanson. At the age of fifteen, he had a strong passion for music.

Ryan finally graduated from ‘Roosevelt High School’ in Seattle, Washington, and went on to the ‘University of Washington’ to study ‘Comparative History of Ideas.’

He started working as a photographer and videographer right after graduation. He recorded and released his debut EP, ‘Instrumentals,’ which consisted of four alternative hip-hop tunes, while his passion for music was at its peak.

The Career of Ryan

In 2006, he met Ben Haggerty, best known by his stage name Macklemore, on the social networking site ‘Myspace.’ Ryan aided Macklemore with his advertising photos, and the two became fast friends.

The next year, Ryan and Macklemore collaborated on an EP called ‘The VS,’ which debuted at number seven on the iTunes hip-hop music chart.

The single “Stay At Home Dad” was published as a free download in 2010. In October, he released the ‘VS Redux EP,’ his second EP.

The song “Wings” debuted on radio stations all over the world on January 21, 2011. The song received positive feedback and peaked at number 12 on the Billboard Hot 100 in the United States.

Soon after, the song ‘Can’t Hold Us’ became a hit with youthful music fans, reaching number one on the Billboard Hot 100 chart. The song included guest musician Ray Dalton and was used in a Miller beer commercial in Ireland and the United Kingdom.

He also recorded the tune ‘My Oh My’ in memory of the Seattle Mariners, which he performed for the first time on ‘Mariners Opening Day’ with Macklemore.

‘The Heist,’ his debut album with Macklemore, was released the following year and featured singles including ‘Wings,’ ‘Can’t Hold Us,’ ‘My Oh My,’ and ‘Make the Money.’

In mid-2012, a new single called ‘Same Love’ was released. ‘Schoolboy Q’ appeared on the album as a guest artist in the song ‘White Walls.’ The single ‘Thrift Shop’ was released in August and was played on the radio.

Lewis performed the song ‘Same Love’ with Macklemore on ‘The Ellen DeGeneres Show’ and ‘Late Night with Jimmy Fallon’ in 2012.

The hip-hop duo stunned the audience with their energetic performance at the ’56th Annual Grammy Awards in January 2014, just before embarking on a year-long tour to promote their debut studio album.

Ryan had almost finished the duo’s second studio album by early 2015. On Twitter, he revealed that the new album would be released later that year.

To bridge the gap between the two albums, he released a single called ‘Growing Up’ in August 2015, which featured Ed Sheeran, the phenomenal pop star.

He released another song with Macklemore called ‘Downtown’ on August 27, 2015, which included numerous artists and was performed at the ‘2015 MTV Music Video Awards.’ The song reached number 12 on the Billboard Hot 100 chart.

Songs like ‘Buckshot,’ ‘Spoons,’ and ‘Dance Off’ were released shortly after the second single and soon rose up the US music charts. His second studio album, ‘This Unruly Mess I’ve Made,’ was released on February 26, 2016.

In its first week, his debut album sold over 78,000 copies and was ranked second on the ‘US Billboard 200.’ According to ‘All Music,’ the album “wraps up a wonderful combination of fresh and familiar” because of Lewi’s kaleidoscopic technique.

The tune ‘Thrift Shop’ topped 24 music charts around the world and remained on the ‘Billboard Hot 100’ for six weeks. ‘Entertainment Weekly’ ranked it as the 18th best single of the year in 2012.

In the first week after its release, his second album with Macklemore sold 51,000 copies. It topped the ‘US Billboard Independent Albums,’ ‘US Billboard R&B/ Hip-Hop Albums,’ and ‘UK R&B Albums (OCC)’ charts.

Ryan Lewis received a number of awards during the year 2013. At the ‘American Music Awards,’ he received ‘Favourite Rap/ Hip-Hop Album’ for Heist and ‘Best Single of the Year’ for ‘Thrift Shop.’

For the single ‘Can’t Hold Us,’ he also won the ‘MTV Video Music Award’ for ‘Best Hip-Hop Video’ and ‘Best Cinematography,’ as well as ‘Best Video with a Social Message,’ for ‘Same Love.’ He won the ‘Teen Choice Awards for ‘Hip/Hop Artist’ and ‘Hip-Hop Track’ alongside Macklemore.

In 2015, he won the ‘MTV Europe Music Awards for ‘Downtown,’ and in 2016, he won the ‘iHeartRadio International Artist or Group MuchMusic Video Award.’

Ryan Lewis proposed to Jackie Ganger, his high school sweetheart, in December of 2015. The couple is currently planning the perfect white wedding.

Lewis is now based in Seattle. He recently stated that his mother contracted HIV after receiving a blood transfusion following delivery, but that none of her children were infected.

His mother fought the virus for 30 years and came out on top. As a result, he’s started an initiative called 30/30, which aims to develop health centers in the United States and around the world to help those living with HIV.

Ryan Lewis is a $40 million dollar producer, DJ, and musician from the United States.