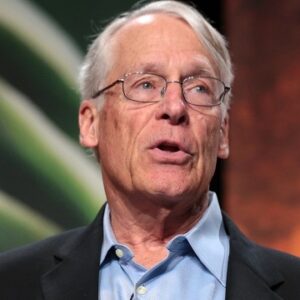 Samuel Robson Walton, also known as Rob Walton, is an American businessman who, according to the Forbes 400 list for 2019, is the world’s 12th richest person, with a net worth of more than $50 billion. Rob Walton, the eldest son of Helen and Sam Walton, the co-founder of Walmart, recalls as a child lugging boxes and mopping floors at his father’s stores. He is the heir to Walmart’s retail empire and served as the company’s Chairman for more than 20 years, until 2015. Following his retirement, he handed over the position to his son-in-law Greg Penner, who now serves on the Walmart Board of Directors. S. Robson Walton is a board member of the Walton Family Foundation, and he has pledged $2 billion to the foundation with his brother and sister. Rob is an ardent sports car collector who also enjoys racing, cycling, and flying planes when he is not working.

S. Robson Walton is a trustee and alumnus of The College of Wooster, having graduated with a bachelor’s degree in business management from the University of Arkansas in 1966. Rob was a member of the Lambda Chi Alpha fraternity at the University. In 1969, he graduated from Columbia Law School with a Juris Doctorate and joined Conner & Winters, a Tulsa law firm that represented Wal-Mart. Rob assisted in the preparation of Walmart’s initial public offering (IPO) in October 1970 while at the firm. He remained with the company until 1978, when he moved to Walmart as a senior vice president.

During the mid-1980s, Rob was the one who persuaded his father to consider extending the company into other nations. He sought to improve the sustainability and visibility of the vendors that provided their products for sale in Walmart shops after rising to the rank of vice chairman in 1982, creating transparency for the consumer to understand the origin of the products they purchased. Rob also advised Walmart to source more locally, particularly for food grains and vegetables, to guarantee that the buyer at Walmart receives fresh products and that the company is able to help American farmers improve their livelihoods.

On the 7th of April 1992, two days after his father Sam Walton’s death, he replaced his father as Chairman of Walmart, a post he held until his retirement in 2015. Walmart began labeling certain products that passed rigorous tests with a ‘good terrific for you’ tag under his leadership in order to educate customers and help them make an informed decision. The corporation also invested in a retail social school, which educated and trained young people to be productive members of the retail workforce.

Sam and Helen Walton gave birth to S. Robson Walton on October 28, 1944, in Tulsa, Oklahoma. He is the oldest of four siblings, with a sister named Alice and two brothers named Jim and John. On June 27, 2005, his brother died in an aviation tragedy.

S. Robson Walton has a net worth of $60 billion.