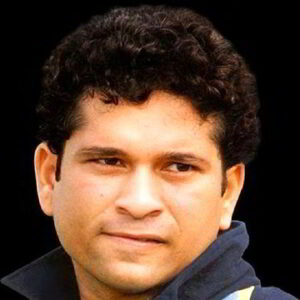 When Sachin Tendulkar made his test debut against Pakistan as a 16-year-old, no one could have predicted that the curly-haired lad would go on to become one of the game’s greatest players. Sachin Tendulkar is more than a well-known athlete in his native India; he is regarded as a cultural icon. He is revered, not simply loved and respected. Sachin Tendulkar, affectionately known as the ‘God of Cricket,’ commanded the game for nearly two decades, an incredibly remarkable feat for a sportsperson. He is the only player to have scored 100 international hundreds and is widely regarded as one of the greatest batters of all time. He was born into a middle-class Bombay family and began playing cricket when he was a small child, making his international test debut at the age of 16! And so began the career of a cricketer who would go on to break several old records and set new ones. In recognition of his outstanding performance, he was named captain of the Indian squad. Captaincy, on the other hand, did not fit him, and he resigned. Despite his celebrity, Sachin is recognized for being a straightforward and principled individual, which adds to his appeal.

He was born on April 24, 1973, in Dadar, Bombay, Maharashtra, to Ramesh Tendulkar, a Marathi novelist, and Rajni, a woman who worked in the insurance industry. Sachin Dev Burman, his father’s favorite music director, was his name. He was a bully when he was younger. To divert his attention away from fighting, his older brother pushed him to play cricket and introduced him to Ramakant Achrekar, a well-known cricket instructor.
As mentioned by Achrekar, he attended ‘Sharadashram Vidyamandir High School,’ which had a strong cricketing legacy. He was a standout cricket player for his school. People predicted that he would one day become a famous player as a result of his actions. In an inter-school competition against ‘St. Xavier’s High School’ in 1988, he and his friend Vinod Kambli shared a record 664-run partnership.

In 1988, he began his domestic first-class career with Mumbai, where he hit a century in his debut encounter. He finished the season with the most runs scored. He was quickly selected for the national squad as a result of his outstanding performance in first-class matches. At the age of 16, he made his international test debut against Pakistan in November 1989.

Despite the fact that he did not score many runs in the series, he was noticed for both his batting technique and his commitment to the game. In 1989, he made his One Day International (ODI) debut.
He scored 148 runs in one match and 114 runs in another during the 1991-92 tour of Australia, batting against renowned bowlers such as Merv Hughes, Craig McDermott, and Bruce Reid. He lit up the stadium when he was asked to open the batting against New Zealand in an ODI in 1994, smashing 82 runs off just 49 balls. He scored his first ODI century against Australia in the same year.

Australia was on tour in India in 1998, and the series was billed as a “Sachin against Warne” battle. In the three-test series, Sachin smashed Warne and scored two century. Sachin played a key part in India’s series victory.
Sachin Tendulkar led the Indian cricket team for two brief periods, neither of which were particularly successful. In 1996, he took over as captain, but the squad struggled, and he stepped down in 1997. In 1999, he was promoted to captain once more, but he failed miserably and resigned the following year.

India was one of the favorites to win the 2003 ‘World Cup of Cricket,’ and he delivered, scoring 673 runs in 11 matches to help India reach the finals. The squad, however, was defeated by Australia in the finals, and Sachin was named ‘Man of the Tournament.’ After a difficult period, he rediscovered his form in 2007, completing 11,000 test runs to become India’s leading run scorer. In the 2007–08 Border-Gavaskar Trophy, he scored 493 runs in four tests, proving his batting prowess.

Sachin Tendulkar was once again at his best in the 2011 ‘World Cup,’ with 482 runs and two centuries. In the finals, India defeated Sri Lanka, which was his first ‘World Cup’ victory. After the ‘World Cup,’ his form sagged, and he went through a dry spell. In November 2013, he announced his retirement from all forms of cricket, and his admirers gave him a heartfelt send-off. He was named the ‘Team Icon’ for the popular ‘IPL’ team ‘Mumbai Indians’ in 2014. He was also named as the 2015 ‘ICC Cricket World Cup’ ambassador.

Sachin Tendulkar is one of the most prolific cricketers of all time, having become the first player to record a double century in one-day internationals, the first player to score 100 centuries, and the only player to collect over 30,000 runs across all formats of the game. It’s no surprise that he’s considered a legend in India.

In both test cricket and one-day internationals, Sachin Tendulkar holds the world record for most runs and centuries. In test cricket, he has a total of 15,921 runs and 51 hundreds. In one-day internationals, he has amassed 18,426 runs and 49 centuries. He is the first player in ODI history to score a double century. He is the only cricketer to have appeared in more than 200 test matches.

Sachin Tendulkar is the proud recipient of multiple honors from the Government of India, in addition to his countless cricketing awards. In 1997-98, he received India’s top athletic honor, the Rajiv Gandhi Khel Ratna, for his performances in cricket.

In 2014, he was awarded the ‘Bharat Ratna,’ India’s highest civilian honour, for his outstanding services to cricket. He was the first sportsperson and the youngest person to ever earn the award.

In 1990, he met Anjali, a doctor, and they dated for five years before marrying in 1995. The couple is the parents of two children. Arjun, his son, is also a cricketer. Every year, he supports 200 needy children through the non-profit ‘Apnalaya.’ He’s also utilized his celebrity to help a number of other charities earn significant sums of money for a variety of worthy causes, including cancer research and education.

Sachin Tendulkar has a net worth of $200 million.

At the age of 40, this well-known athlete became the youngest person ever to be awarded the ‘Bharat Ratna.’