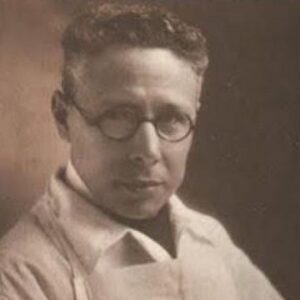 Salvador Mazza was a well-known epidemiologist and physician in Argentina. He was well-known for his research on the disease ‘American trypanosomiasis,’ which was prevalent in rural Argentina in the early twentieth century. Dr. Salvador Mazza, a pathologist and microbiologist by training, has dedicated his entire life to the prevention and awareness of trypanosomiasis disease in South America. In the 1920s, he traveled to Europe and cooperated on studies on the endemic disease with Nobel Laureate Charles Nicolle. He became the director of the MEPRA, or Mision de Estudios de Patologia Regional Argentina, in the 1930s. In the MEPRA-run scientific magazine, he published over 482 articles. His MEPRA laboratory conducted numerous studies on trypanosomiasis and made periodic trips to rural Argentina to raise awareness of the disease among the rural population. Unfortunately, Dr. Salvador died in 1946 from the very disease that he worked so hard to eliminate in Argentina.

Salvador Mazza was born in Rauch, Argentina, on June 6, 1886. Francesco Mazza and Giuseppa Alfise, his parents, were Sicilian immigrants. He attended the famous Colegio Nacional de Buenos Aires for his education. He applied to the Argentine Naval Academy after graduation but was denied due to medical reasons, so he went to the University Of Buenos Aires School Of Medicine to study medicine. While finishing his graduate studies, he worked as a health inspector in Buenos Aires’ rural region. He paid close attention to immunization and disease prevention in the remote town as a health inspector. In 1903, he earned his medical degree, focusing in pathology and microbiology.

From 1910, Salvador Mazza worked as a bacteriologist at the National Department of Hygiene, which was later renamed the Ministry of Health. Salvador Mazza was dispatched to Europe by the Argentine army in 1916, around the time of World War I, to research a communicable disease that had struck the Austro-Hungarian and German Empires. Mazza met Carlos Chagas, a renowned Brazilian epidemiologist who discovered American trypanosomiasis in 1909, during his time in Europe. Salvador Mazza was invited to the Pasteur Institute in Algiers, France, in 1923 by well-known bacteriologist Charles Nicolle to research strategies for treating typhus sickness. After his return to his home country in 1925, Mazza held the office of Director at Clinical Hospital and Dean of the Bacteriology department at the UBA. Mazza invited Charles Nicolle to Buenos Aires to do additional study on the contagious Chagas illness in this capacity.

Salvador made a significant contribution to the Jujuy province of northern Argentina as the chairman of the Regional Pathologies Study, which he started in 1926. The MEPRA laboratory conducted significant research on leishmaniasis and trypanosomiasis. It issued periodic materials and reports and toured the countryside to educate the public about fatal infectious diseases.

MEPRA took steps to combat the insect disease triatoma infestans, also known as vinchuca. Salvador actively promoted the burning of thatched roofs in rural areas, which had been discovered to be a breeding site for the vinchucas. MEPRA has published over 551 publications and reports by 1944, including 482 by Dr. Mazza. Dr. Salvador Mazza also established Scientific Societies in seven northern provinces of Argentina in 1926-1927 to conduct research on prevalent ailments. Dr. Salvador Mazza also worked with Dr.

Guillermo Paterson, an English Argentine epidemiologist noted for his malaria research. Dr. Mazza’s study on trypanosomiasis was discussed in the famous VI National Congress of Medicine held in 1939 by the South American medical community. Despite the government’s opposition, Dr. Salvador enlisted the help of Dr. Alexander Fleming, a Scottish scientist, to produce penicillin in Argentina in 1942.

In 1914, Salvador Mazza married Clorinda Brgida Razori, and the couple had a long and happy marriage. In 1995, the life story of Dr. Mazza was portrayed in the Argentine film “Houses of Fire,” directed by Juan Bautista Stagnaro.

Salvador Mazza passed away in Mexico on November 9, 1946. According to sources, Dr. Salvador died of trypanosomiasis, a disease that he had spent his whole life trying to eliminate. He had a persistent cardiac Sincope while in Monterrey, Mexico, for the First International Brucellosis Congress. He died when he was 60 years old.

Salvador is one of the richest Doctor & listed on most popular Doctor. According to our analysis, Wikipedia, Forbes & Business Insider, Salvador Mazza net worth is approximately $1.5 Million.