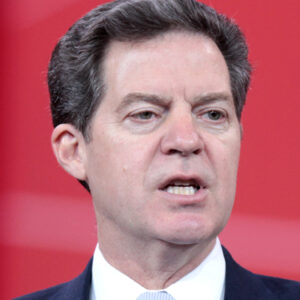 Samuel Dale Brownback, Kansas’ second-term governor, grew up in a poor family and hoped to one day lead his hometown. When he was elected as the 46th Governor of Kansas in 2010, his goal came realized. In the 2010 general election, he outsmarted Democratic Representative Tom Holland, receiving nearly twice as many votes as Tom. He went on to be the incumbent winner of the 2014 elections, defeating Democrat Paul Davis by a razor-thin margin. Throughout his stint as Governor, he has emphasized the significance of hard work, responsibility, and teamwork, as he hails from a meek family. In a word, the modesty of his parents, who continue to be farmers despite their son’s position as state chief executive, encapsulates the virtues he has absorbed from them. He has stated his support for procreation, referring to himself as “pro-life,” and has prohibited sex-selection abortions and opposes same-sex marriages as governor. Many people disagree with some of his views, and his words have gotten him into a lot of trouble. Despite the fact that a large portion of his career has been spent in government offices. He is a licensed attorney who used to practice law.

He was born on September 12th, 1956, in Garnett, Kansas, and raised in a farming family near Parker, Kansas. Nancy Cowden, his mother, and Glen Robert Brownback, his father, are both of German ancestry. After the Civil War broke out in Pennsylvania, his ancestors moved to Kansas.

He’d always been an outstanding student. He went to Prairie View High School and appears to have shown an interest in public service from the beginning of his education.
After graduating from high school, he continued his education at Kansas State University, where he was voted Student Body President in his last year, demonstrating his leadership abilities.

He became a member of the Alpha Gamma Rho Fraternity. He earned a bachelor’s degree in agricultural economics in 1978. He worked as a weekly show host for a year in the entertainment sector.
He went to the University of Kansas School of Law, where he served as class president and graduated with a J.D. in 1982, after a one-year spell in radio.

He started working as an attorney after finishing his legal degree. For the next four years, he worked in Manhattan. He was elected Secretary of Agriculture of Kansas in 1986.

In 1990, he was admitted into the ‘White House Fellows’ program under George W. Bush’s administration. He was assigned to the ‘Office of the United States Trade Representative’ for a year.
After the fellowship program ended, he returned to his job as Kansas Secretary of Agriculture.

He was elected to the United States House of Representatives in 1994, during the Republican Revolution, and served for one term as a member of Kansas’s 2nd congressional district.

When Bob Dole stepped aside from his Senate seat in 1996, he campaigned for a special election and won, putting Sheila Frahm in second place. He won the next two elections as well, reserving his position until 2011.
Brownback considered running for president in 2008 but decided against it. He withdrew his candidacy from the race before the primary elections and went on to support Republican Senator John McCain.

Brownback, as Governor of Kansas, ran for governor in the 2010 gubernatorial elections and chose Jeff Colyer as his campaign mate in 2009. He was all prepared to take on the general elections after winning the primary elections against fellow Republican Joan Heffington.

With 31% more votes than Democrat Tom Holland, he won the election by a margin of 63.3 percent, more than double Holland’s vote total.

He emphasized two key goals: eliminating income taxes and assisting in the supply of more funds and provisions for education. Despite the fact that both had been planned for decades, his words sparked controversy, with 65 percent of citizens evaluating his goals as unattainable.

He signed three anti-abortion bills as soon as he took office. The first was a statute that made it illegal to abort a baby after 21 weeks of pregnancy. The second law proposed that if the patient is under the age of 17, she can only abort if both parents sign a notarized document. Another provision prohibits insurance companies from covering abortions unless they are absolutely required to save the mother’s life.

Brownback was the only other governor to attend Governor Rick Perry’s prayer ceremony in 2011, and he was the only member to speak at the occasion, which sparked controversy.
Following his campaign promise to abolish taxes. In 2012, he became the first governor in Kansas history to sign the state’s highest income tax cut. The Legislative Research Staff, on the other hand, forecasted that this cut would result in a future fiscal deficit.

Brownback was re-elected to a second term as governor in 2014, and he ran as the incumbent candidate. He faced Democrat Paul Davis in a rematch and was adamant about winning.
Despite the fact that many Republicans opposed him because they feared an increase in Kansas’ budget deficit, he went on to defeat Jennifer Winn in the primary elections.

Although the race between Paul and Brownback was close and challenging, Brownback was able to hang on to his position and win the election with 49.82 percent of the vote to Paul’s close 46.13 percent.
His goals were the same as they were in his first campaign in 2010. According to a study, he was regarded as the 25th governor in his state to create job possibilities.

During his second term, he has placed a greater emphasis on health care. Only opposing a government-run healthcare system. He believes in health insurance and opposes denial of coverage due to a pre-existing condition.

Brownback was an excellent advocate for his state’s interests while in the Senate. On the Agriculture Appropriations Subcommittee, he was named the most active Republican.

He managed departments that supplied food safety and the Food and Drug Administration after taking over Bob Dole’s position.
He did take steps to restrain government spending, lower taxes, and provide job openings as Governor of Kansas, as he had promised throughout his campaign.

While studying law at the University of Kansas, Sam Brownback fell in love with Mary Stauffer. Mary came from a wealthy family; her father ran Stauffer Communications until it was sold in 1995.

Following their marriage, Sam and Mary relocated to Topeka. Three sons and two daughters are among their five children. Abby is the eldest, followed by Andy, Liz, Mark, and Jenna, the Brownback family’s youngest.
Brownbacks have adopted two of their five children and have helped to fund the ‘Building Families Fund.’

Sam believes the year 1986 to be a watershed moment in his life because it was then that he and Mary welcomed their first child, Abby, and he also became the youngest secretary ever appointed to the ‘State Board of Agriculture.’

Brownback, Sam Sam Brownback has a net worth of $10 million and is an American politician. From 2011 through 2018, Brown was the Governor of Kansas.