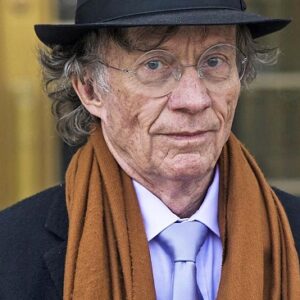 Sam Wyly is without a doubt one of the most influential figures in modern American corporate history. His life is a remarkable rags to riches tale that continues to inspire many people today. He was born into a working-class household and sought to assist his parents in their printing press business from an early age. While working alongside his parents, he evidently developed an interest in entrepreneurship and learned the ropes. This man completed his education and received an MBA degree at a time when a degree like Master of Business Administration was not very popular. Despite coming from a disadvantaged background, Wyly was able to complete higher education thanks to a scholarship. His skills landed him a position as a salesman at ‘IBM.’ During his time with the company, he improved his talents and went on to work as an area sales manager. However, his natural entrepreneurship pushed him to form his own company, ‘University Computing Company,’ which he started with very little money. Due to Wyly’s management and operating skills, the same organization eventually developed itself as one of the most well-known corporate enterprises. He has applied all he learned at university and at work to his business activities, and he has been influential in the growth of many firms through strategic investments.

Sam was born on October 4, 1934, in Lake Providence, Louisiana, to Charles Wyly, Sr. and Flora Wyly. He came from an impoverished household and assisted his parents in their printing business.
After completing his education, the young man enrolled at the ‘Louisiana Tech University,’ and upon graduation, he was accepted into the ‘University of Michigan’s Ross School of Business.’ In 1957, he received his MBA from this famous university.

Following his post-graduation, this young man relocated to Dallas and began working as a salesman for the ‘Service Bureau Corporation’ of the world-renowned firm ‘IBM.’
After nearly three and a half years as an area sales manager at ‘IBM,’ he joined ‘Honeywell International, Inc.’
He started the ‘University Computing Company,’ a computer service provider, in 1963. (UCC). The company’s initial investment was merely $1,000, and it only had three customers. The company’s revenues grew rapidly in the years after that.

In 1967, Sam and his brother Charles Wyly purchased the ‘Bonanza Steakhouse’ brand of restaurants. They sold the chain after roughly twenty-five years, when it numbered over 600 eateries.
In 1968, he purchased Gulf Insurance, and at the same time, he co-founded Earth Resource Company, where he served as Chairman of the Executive Committee for more than two decades.
In 1970, he paid $40 million for the company ‘Computer Technology,’ which was the data processing branch of ‘Ling-Temco-Vought’ (LTV).

In 1972, he traded a computer terminal and became an investor in the firm ‘Harris-Intertype.’ He grew the ‘University Computing Company’ (UCC) into four enterprises the following year.

In 1981, he co-founded the company ‘Sterling Software,’ and the following year, he obtained the majority interest in the arts and crafts store ‘Michaels.’ It expanded from a $10 million company to one worth billions, and when it was sold to ‘Bain Capital’ and ‘Blackstone Group’ after twenty decades, it was valued roughly $6 billion.
He bought the ‘Frost Bros’ retail chain in 1986, however the company was disbanded three years later due to bankruptcy protection.

He was a co-founder of the firm ‘Maverick Capital,’ which was founded in 1990 and had $8 billion in assets roughly thirteen years later.
By 2006, Wyly was the person with the most shares of the company ‘Green Mountain Energy.’ At the same time, he was the guy who put the most money into the social networking company ‘Zaadz.com.’
He and his brother Charles Wyly purchased the bookstores ‘Bistro’ and ‘Explore Booksellers’ in 2007. He wrote the book ‘1,000 Dollars & an Idea: Entrepreneur to Billionaire’ the following year.

In 1963, he established the ‘University Computing Company.’ The company was afterwards called ‘UCCEL Corp.’ This was one of Wyly’s early investments, which started at $1,000 and grew to $1 billion over the years thanks to the savvy entrepreneur’s clever ideas.

Wyly married Rosemary in 1960, but the pair divorced after fifteen years of marriage.
In 1968, he founded the ‘Sam Wyly Foundation,’ which aimed to assist entrepreneurs who were starting new businesses.

He married Victoria L. Steele in 1978, but the marriage did not last long.
Sam and his brother funded the ‘Charles Wyly Sr. Tower of Learning’ on the ‘Louisiana Tech’ campus. He also contributed to the development of ‘Sam Wyly Hall’ at the ‘University of Michigan.’
In 2006, this businessman married for the third time, to Cheryl. Through both of these partnerships, Sam Wyly had fathered a total of six children.

He and his brother did a lot of humanitarian work and donated money to political parties.
The ‘Securities and Exchange Commission’ examined the Wyly brothers and found Sam and Charles guilty of breaching multiple federal security statutes after years of inquiry.
After losing a case against the ‘SEC,’ Sam filed for bankruptcy. He was charged with income tax evasion in 2015, and the ‘Internal Revenue Service’ charged both him and his late brother. The charges, on the other hand, were declared null and void by Sam’s counsel.
This entrepreneur also co-authored the book ‘Texas Got It Right!’ which was released in 2012.

‘Forbes’ assessed that this renowned business personality has a net worth of 1.1 billion dollars in 2006-07.