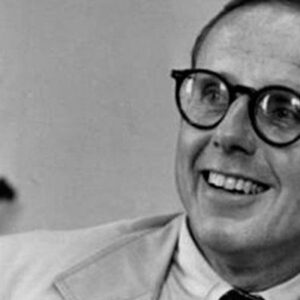 Samuel Phillips Huntington was an American political scientist and author best known for his thesis ‘The Clash of Civilizations?,’ which he extended into a book titled ‘The Clash of Civilizations and the Remaking of World Order.’ He was a well-known political scientist who specialized in defense and foreign politics, however his work spanned a wide range of subjects. As a political analyst on national discussions about US foreign policy, he played an essential role. He began teaching at Harvard University after receiving his degree. He began his career specializing in American politics before extending out into other topics such as foreign policy, comparative politics, international relations, and modernization. In 1970, Huntington and Warren Demian Manshel co-founded the academic quarterly ‘Foreign Policy,’ which ultimately became a bimonthly publication. Huntington was a prolific writer who authored substantial works on a variety of topics including defense policy, American political ideology, national security strategy, transnational organizations, and democratization processes, among others. He authored, co-authored, or edited 17 books, as well as a number of scientific articles. He was a unique thinker, and several of his works were seen as highly controversial when they were first published. Each of his works dealt with a major political topic, and his writings influenced how Americans viewed political growth in the United States.

He graduated with honors from Yale University in 1946 after attending Stuyvesant High School in New York. Before pursuing his study, he served in the US army for a short time.

He joined the Harvard University faculty after receiving his degree and lectured there from 1951 to 1958. When his contract was not renewed in 1959, he left.

In 1959, he was named assistant director of Columbia University’s Institute for War and Peace Studies, a position he held until 1962.

He returned to Harvard University in 1962 and taught there for many years before being forced to resign in 2007 due to illness. He also served as Chairman of the Department of Government for two years (1967–69 and 1970–71).
In addition to his academic career, he worked as a foreign policy adviser in Hubert H. Humphrey’s 1968 presidential campaign and as Coordinator of Security Planning on the National Security Council staff during the Carter Administration in 1977–78.

In 1957, Huntington released his first book, ‘The Soldier and the State: The Theory and Politics of Civil-Military Relations.’ He looked at the relationship between political power and military professionalism in this work.

He attacked the orthodoxies of the 1960s in the field of development in his second work, ‘Political Order in Changing Societies,’ released in 1968. He demonstrated that the most important difficulties in developing countries were a lack of political order and authority.

Huntington co-founded the journal ‘Foreign Policy’ in 1970 with Warren Demian Manshel. The journal was once a quarterly publication, but it is currently a bi-monthly publication.

He examined the global trend of countries transitioning from non-democratic to democratic political systems throughout the 1970s and 1980s in his 1991 book ‘The Third Wave: Democratization in the Late Twentieth Century.’
He presented his very controversial thesis ‘The Clash of Civilizations?’ in 1993, in which he projected that the globe will be divided into seven or eight great civilizations based on religious, historical, traditional, and cultural values, with conflicts arising between them.

‘Who Are We?’ was his most recent book. In 2004, the book ‘The Challenges to America’s National Identity’ was released. He examined the risks to a cohesive American national identity in this work.

Nancy Arkelyan Huntington was Samuel Huntington’s wife. At the time of his death, they had been married for 51 years. He was the father of two sons and the grandfather of four grandchildren.

At the age of 81, he died of congestive heart failure.

The renowned political researcher must have amassed a sizable fortune over the course of his work, but he has not published any information about his net worth, salary, or earnings.

Reinhold Niebuhr, an American theologian and commentator on politics and public affairs, impacted him.
Despite his reputation for publishing novels that sparked widespread controversy and debate, he was known to be a very calm and soft-spoken individual in his personal life.