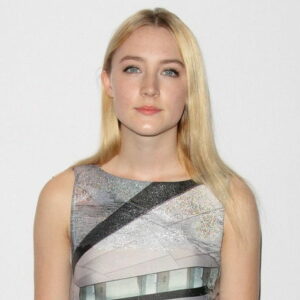 Saoirse Ronan is an Irish–American actress who has starred in films such as ‘The Lovely Bones,’ ‘Hanna,’ and ‘Lady Bird’ (2017). The 23-year-old ‘Academy Award’ nominee made her acting debut in 2003 on the Irish television drama ‘The Clinic.’ With the film ‘I Could Never Be Your Woman,’ she made her big-screen debut (2007). Ronan’s following film, ‘Atonement,’ catapulted her to stardom and established her as a familiar figure in Hollywood. In the 2016 revival of Arthur Miller’s play ‘The Crucible,’ she made her ‘Broadway’ debut. It ran for 125 performances, and critics praised her performance as ‘Abigail Williams.’ Her outstanding performance in the 2017 film “Lady Bird” got her a “Golden Globe Award” nomination for “Best Actress” as well as a “Academy Award” consideration. She received two more ‘Academy Award’ nods for her roles in the films ‘Atonement’ and ‘Brooklyn.’ Other notable films include ‘Byzantium’ (2012), ‘The Host’ (2013), ‘The Grand Budapest Hotel’ (2014), and the animated drama ‘Loving Vincent’ (2017), all of which are magnificent cinematic masterpieces. She is now going to star in Anton Chekhov’s play ‘The Seagull,’ which will be adapted into a film. She starred in the music video for Ed Sheeran’s song “Galway Girl” (2017).

Saoirse Ronan was born on April 12, 1994, in The Bronx, New York City, to Irish parents Paul and Monica Ronan.
Her father was an actor, and her mother had previously worked as an actress as a youngster. When Saoirse was three years old, her family relocated to Dublin, Ireland.
Saoirse was a student at the Ardattin National School in County Carlow, where she lived for a short time. She was later home-schooled before returning to live with her parents in Dublin.

Ronan was cast in the Irish medical drama ‘The Clinic’ in 2003, followed by a role in the miniseries ‘Proof.’ Before moving to the United States to pursue a career in Hollywood, she auditioned for the role of ‘Luna Lovegood’ in ‘Harry Potter and the Order of the Phoenix.’
‘I Could Never Be Your Woman,’ a romantic comedy starring Michelle Pfeiffer and Paul Rudd, was her first Hollywood job. The film did not receive a theatrical release in the United States, but it was released on DVD in 2008.

Her most noteworthy performance was in Ian McEwan’s novel ‘Atonement,’ which was adapted into a film. ‘Briony Tallis,’ a teenage aspiring novelist, was her character. It was a role that earned her numerous prizes and widespread acclaim. She also starred alongside Catherine Zeta Jones in ‘Death Defying Acts’ (2007) and in ‘City of Ember’ (2009). (2008). She had another hit with the 2009 film ‘The Lovely Bones,’ in which she starred as ‘Susie Salmon,’ a 14-year-old girl who is raped and murdered but, after dying, avenges the crime done to her.’ 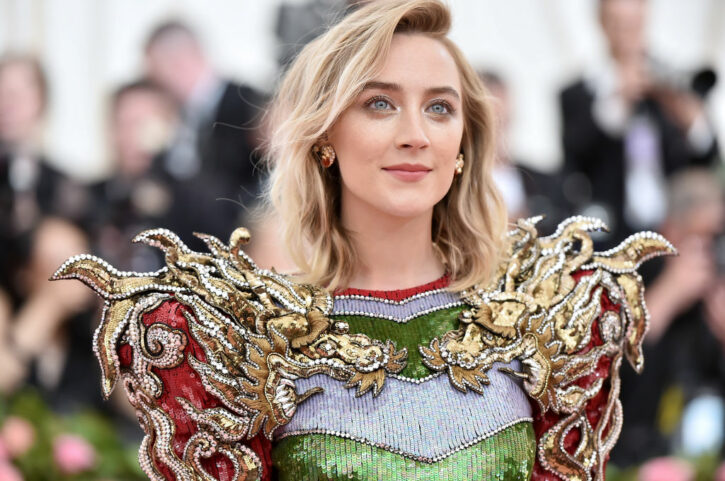 She received a slew of positive feedback from the press and reviewers alike. ‘The Lovely Bones,’ on the other hand, was a box office flop. She starred in the military film ‘The Way Back’ in 2010, in which she played an orphan named ‘Irena’ who travels to India with Siberian inmates during WWII.
In the action film ‘Hanna,’ she portrayed a 15-year-old assassin. The critical response to her self-performed action sequences was overwhelmingly positive.
In the 2012 film ‘Byzantium,’ she played a more mature and gothic character alongside Gemma Arterton as a young vampire. She starred in the cinematic adaptation of Stephenie Meyer’s novel ‘The Host’ in 2013. Although the film was a failure, Ronan’s presence on screen was appreciated.
‘How I Live Now,’ a drama film about a girl transferred to a farm in the UK during the ‘Third World War,’ and ‘Justin and the Knights of Valour,’ in which she voiced the role ‘Talia,’ were also released in 2013. She had a supporting role in the comedy “The Grand Budapest Hotel” in 2014. The film was a huge success, and ‘BBC’ named it one of the best films of the century.
‘Brooklyn,’ a 2015 film, was her next major part. Ronan played the lead part of ‘Eilis Lacey’ in this film, which was based on Colm Tóibn’s novel of the same name.
Film critics and audiences alike praised her performance in the film. She made her ‘Broadway’ debut in 2016 in the drama ‘The Crucible,’ in which she played ‘Abigail Williams,’ a witchy maid convicted of murdering 150 people.
In the animated drama ‘Loving Vincent,’ she voiced the character of ‘Marguerite Gachet.’ She also starred alongside Billy Howle in the romantic comedy ‘On Chesil Beach.’
She then went on to star in Greta Gerwig’s ‘Lady Bird,’ which went on to become the most popular film on ‘Rotten Tomatoes.’ ‘Christine “Lady Bird” McPherson,’ played by Ronan, is a high school girl who has a tumultuous relationship with her mother and friends.
Her performance in the film was voted the finest of the year by critics. In 2017, she also hosted an edition of ‘Saturday Night Live.’ In May 2018, she will star alongside Annette Bening in the cinematic adaption of Anton Chekhov’s play “The Seagull.” Later this year, she will star with Margot Robbie as ‘Mary Stuart’ in ‘Mary Queen of Scots.’ ‘The Way Back’ (2010), ‘Violet & Daisy’ (2012), ‘Lost River’ (2014), and ‘Stockholm, Pennsylvania’ are among her other notable films (2015). In 2017, she also starred in Ed Sheeran’s music video for “Galway Girl.”

Ronan is currently based in Greystones, Wicklow County, Ireland. She is a dual citizen of the United States and Ireland. In 2010, she was inducted into the ‘Academy of Motion Picture Arts and Sciences.’ She is the Irish Society for the Prevention of Cruelty to Children’s ambassador. Hozier, an Irish singer, is alleged to have dated her in the past. She also starred in the singer’s ‘Cherry Wine’ music video. She had previously been linked to Max Irons and George MacKay. Her current relationship status is unknown at this time.