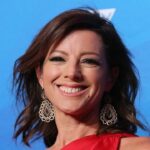 Sarah Ann McLachlan is a singer, songwriter, and musician from Canada. She was born and raised in Canada, and she began singing and playing music at a young age. Even before she graduated from high school, she joined a local band, which led to a contract offer from a recording studio in Vancouver. McLachlan completed her studies and relocated to Vancouver to pursue a career in music. Her first album, ‘Touch,’ was released in the late 1980s, and she became an instant hit in Canada. She went on to record and release a number more albums after that, quickly becoming an international sensation. McLachlan has seven hit albums to his credit and has written music for films such as “City of Angels,” “Toy Story 2,” and others. She launched ‘Lilith Fair’ to finance all-female music concerts and festivals after becoming angry that two or more female performers were not sponsored to play on stage. She has won numerous prizes and distinctions, including eight Juno Awards and two Grammy Awards. For her outstanding music career, assisting other female artists in the industry, and general philanthropic efforts, she was named an Officer of the Order of Canada.

Sarah McLachlan was born in Halifax, Nova Scotia, Canada, on January 28, 1968. She has been interested in music since she was a small child and has shown signs of maturing into a talented singer. She studied classical music and took voice and piano instruction.

She attended Queen Elizabeth High School and was a member of the rock band ‘The October Game’ while there. Her parents insisted on her finishing school before she was awarded a music contract.
She graduated from the Nova Scotia College of Art and Design and relocated to Vancouver, where she got a recording contract with the ‘Nettwerk’ label.

After moving to Vancouver, British Columbia, to work with the label ‘Nettwerk,’ McLachlan released her first album, ‘Touch,’ in 1988. The album was a financial and critical success, with the smash single ‘Vox’.
McLachlan embarked on her first musical tour after the publication and success of her debut album. It was the opening act for ‘The Grapes of Wrath’ on a nationwide concert tour.

McLachlan’s second album, ‘Solace,’ was released in 1991, and it was her breakout record. ‘The Paths of Thorns’ and ‘Into the Fire’ were among the successful singles. For this album, she worked with Pierre Marchand for the first time.
Her third album, ‘Fumbling Towards Ecstasy,’ was released in 1993 and was an instant hit with the Canadian public. This record also became McLachlan’s ticket to international prominence during the next two years.

In 1996, McLachlan founded the ‘Lilith Fair’ tour, which featured female musicians such as Cole, Lisa Loeb, and Michelle McAdorey. McLachlan’s frustration with concert producers and radio stations refusing to feature two female musicians in a succession led to the formation of ‘Lilith Fair.’ She planned a successful tour for herself and Paula Cole, defying industry convention.

Her fourth album, ‘Surfacing,’ was released in 1997 and is widely regarded as her best-selling and critically appreciated work. She won two Grammys and four Juno Awards for the album.

McLachlan’s smash tune ‘Angel’ from her successful album ‘Surfacing’ was featured in the popular Hollywood film ‘City of Angels’ in 1998. The soundtrack became a worldwide smash hit, earning numerous platinum certifications.
McLachlan’s ‘Lilith Fair’ was a huge hit in 1997, and it was one of the highest-grossing traveling festivals of the year.

It was hailed as the most successful all-female music festival in world music history.
McLachlan’s fifth album, ‘Mirrorball,’ was released in 1999 and featured a cover of ‘I Will Remember You.’ She also recorded a song for the animated film “Toy Story 2,” which was nominated for an Academy Award.

McLachlan contributed vocals and music to Stevie Nick’s ‘Trouble in Shangri-La’ in 2001, and drew the graphics for the album’s cover. For Bray Adams’ CD ‘Spirit: Stallion of the Cimarron,’ she also recorded a duet with him.
She released her sixth album, ‘Afterglow,’ in 2003, after taking a break from music creation and touring to give birth to her first baby. It featured tracks such as ‘Fallen,’ ‘Stupid,’ ‘World on Fire,’ and others.

‘Afterglow Live,’ a live album from the ‘Afterglow’ show, was published in 2004. It came with a full-length live concert on CD and DVD, as well as three films from the album ‘Afterglow.’

‘Wintersong,’ her sixth album, was released in 2006 as a Christmas anthology. She featured 11 new songs on the album, which went on to sell 1.1 million copies worldwide. It received Grammy and Juno Award nominations.
Around the same time, McLachlan recorded ‘Ordinary Miracle’ for the animated film ‘Charlotte’s Web.’ She also re-released her album ‘Mirrorball’ as ‘Mirrorball: The Complete Concert’ as a live CD.

‘Closer: The Best of Sarah McLachlan’ was released in 2008, and it was her greatest hits CD. Legacy Recordings also issued a 15th-anniversary edition of ‘Fumbling Towards Ecstasy’ around the same time.

McLachlan published her first studio album, ‘Laws of Illusion,’ in 2010, which had 10 original songs as well as adding extra tracks. She sang the song ‘Ordinary Miracle’ at the 2010 Winter Olympics in Vancouver in the same year.

To date, she has won three Grammy Awards: ‘Best Female Pop Vocal Performance’ for ‘Building a Mystery (1997)’ and ‘I Will Remember You (1999)’, as well as ‘Best Pop Instrumental Performance’ for ‘Last Dance (1997)’.
With her song ‘Lilith Fair,’ she was also awarded the Elizabeth Cady Station Visionary Award for furthering the career of women in music. She was also named to the ‘Order of Canada as an officer.

In 1997, McLachlan married her percussionist, Ashwin Sood, in Jamaica. India Ann, Sushil Sood, and Taja Summer Sood are their two daughters. After over 11 years of marriage, the couple announced their separation in September 2008.

McLachlan’s mother died of cancer in 2001, just as she was about to give birth to her first daughter.
In 2007, she gave birth to her second daughter while working on her album ‘Afterglow.’

Uwe Vandrei, a fan stalker, launched a lawsuit against McLachlan, claiming that her song “Possession” was inspired by the fanatical letters he used to write to her. Just before the trial, he committed suicide.

Sarah McLachlan is a Canadian singer-songwriter recognized for her heartfelt melodies. Sarah McLachlan has a $50 million net worth. “Surfacing,” her best-selling album from 1997, received two Grammy Awards and four Juno Awards. As a solo artist, she has sold more than 50 million albums worldwide. McLachlan launched the Lilith Fair tour, which brought together a diverse group of female musicians, in addition to her solo music career.